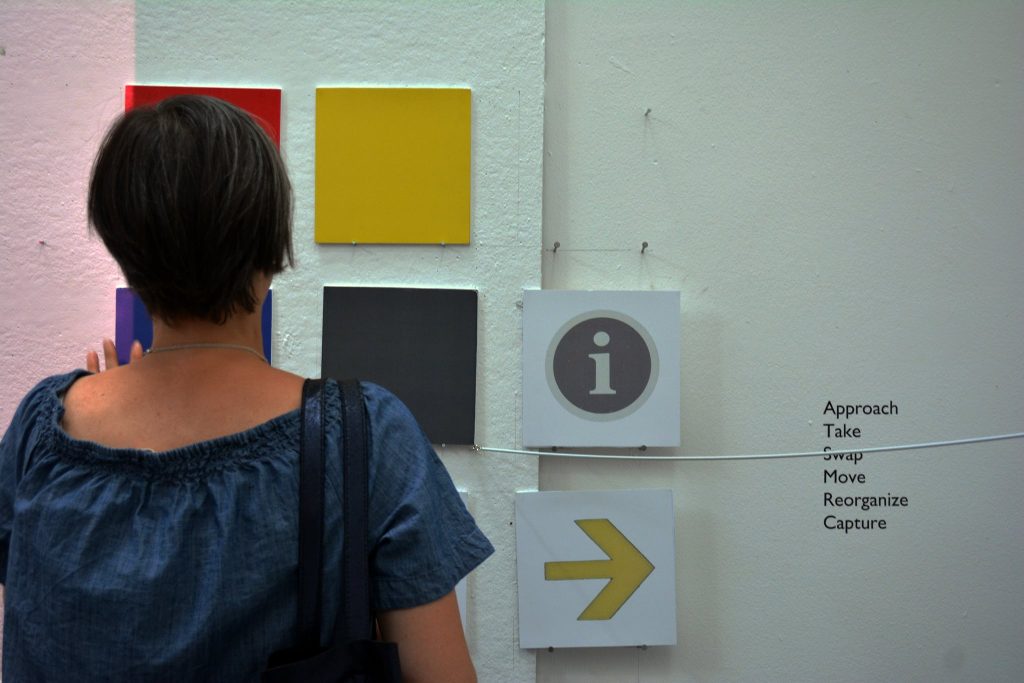 Diana Bamimeke is a writer, independent curator and student from Dublin. They were a part of the coordinating team for IMMA After, an IMMA initiative for 18-30 year olds that delivered impactful events reflecting the museum’s programming. Here they outline IMMA After’s accomplishments 2018-2019.

In early 2018, a group of young artists and arts professionals gathered in the labyrinthine upper floors of IMMA, as part of IMMA After, an IMMA Engagement and Learning programme set up to engage 18 – 30 year-olds. Their task was to look at new approaches to Museum programming, to find the beginnings of ideas, and to develop them into workshops, talks and tours for the coming 12 months.

The first event IMMA After would realise was an Open Studio response to Brian O’Doherty’s Language and Space exhibition, by Cló Collective, a group of five Dublin-based young artists. Led by Cló Collective founder, artist and IMMA After member Mateja Šmic, Cló mediated a range of interactive creative installations encompassing various mediums – painting, photography, light projection. The interactive experiences were as enigmatic as O’Doherty himself, an artist who had lived and ‘died’ under two different names.

For the next event, IMMA After swung its gaze towards Monir Shahroudy Farmanfarmaian, the celebrated Iranian artist, whose retrospective Sunset, Sunrise was on show in the West Wing from August to November of last year. Participants gathered in one of the exhibition’s rooms, to take part in a Sunset Yoga event led by Paola Catizone, Embodied Movement facilitator, artist, and member of IMMA’s Visitor Engagement team. Secluded from life’s accelerated pace, each person took time to stretch, think mindfully and reflect, quite literally, the plays of light that exist in Farmanfarmaian’s works.

Next, paralleling Andrea Geyer’s When We exhibition, came a weaving workshop facilitated by Hazel McCague of Lay of the Land. Set up by McCague and artist Kari Cahill, Lay of the Land provides collaborative, site-responsive artist residencies in the romantic, rugged environs of the west of Ireland. McCague brought this collaborative spirit to IMMA, and, similar to the effect of Geyer’s art work Collective Weave (2018), helped participants to create personal and profound meditations on fabric.

Before adjourning for the winter break, IMMA After held the last workshop of 2018, Rebuilding the Self.  Inspired by Wolfgang Tillmans’ materially dense exhibition Rebuilding the Future, which opened at IMMA in October 2018, Rebuilding the Self sought to understand the digital figure through artmaking techniques like collage and photomontage. Under the guidance of artist and gamemaker Aidan Wall, attendees pieced together their works and engaged in discussions about the futures of social media and social justice.

2019 started strongly, by way of Spoken Realities, a poetry night held in association with Poetry Ireland. Against a backdrop of IMMA Collection photography by Les Levine, four diverse poets, Temper-Mental Miss Elayneous, Chiamaka Enyi-Amadi, Maighread Medbh, and Padraig Regan, sung, shouted, keened and chanted, immersing the audience wholly in their words. Each poet performed pieces directly responding to IMMA Collection works by Janet Mullarney, Fergus Martin and Les Levine, and to the group exhibition A Fiction Close to Reality. The night was the most attended IMMA After event, reflecting the behind-the-scenes efforts of the IMMA After team.

The final two workshops spanned multiple mediums, but had one common thread, in that they spoke to A Vague Anxiety – not only the exhibition, but to the omnipresent feeling that exists in the cultural landscape today. First, a portrait drawing session facilitated by Paola Catizone in which attempts at accurately capturing the human likeness brought up points about the body’s uncertainty and unreliability. Second, a collage and light installation workshop facilitated by artist Jan McCullough, whose work explores how photography can construct and express individual and collective identity in today’s society.

Indeed, IMMA After has had a fantastic year. It has taught the IMMA After team lessons in organising and collaboration, and opened up avenues of artistic and curatorial practice each one of us will find invaluable. The next iteration of IMMA’s programming for 18-30 year olds will reinvent itself, of course, in many ways, but it is precisely this changing nature that will continue to produce great artistic programming for the Museum.

‘digital // distraction’, ‘Stains II’ and ‘Fear’ are three new poems by Chiamaka Enyi-Amadi, commissioned by IMMA and written in response to the IMMA Collection exhibition ‘A Fiction Close to Reality. 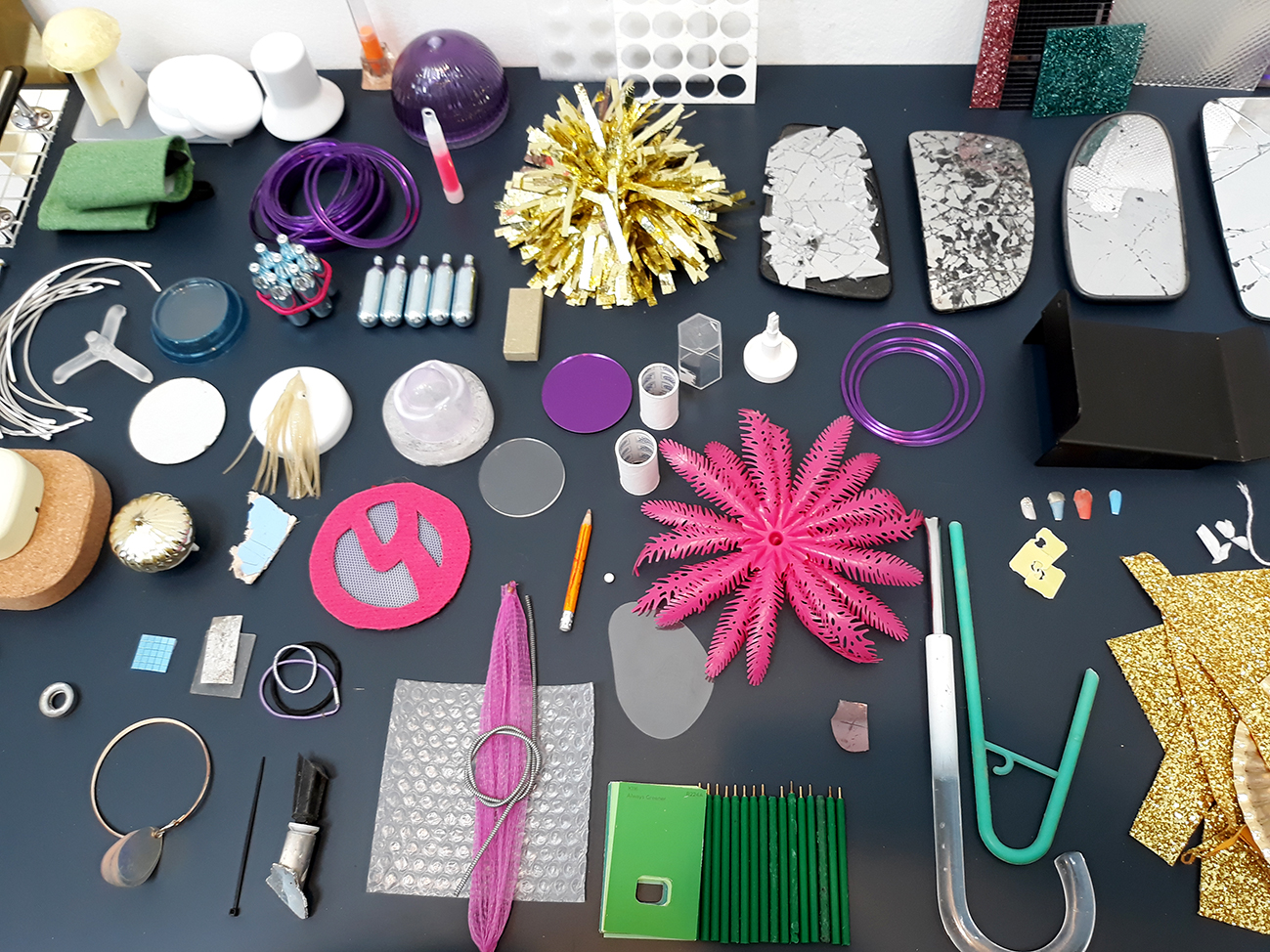 Suzanne O' Haire
SPEAKING STUDIOS talks directly with IMMA Residents about the role of the studio, the conditions of making, researching or engaging with art and a chance to find out a bit more about what makes them tick. Late on the evening of Thursday 11 April 2019 Suzanne O’Haire turned right to enter IMMA’s driveway, her car stuffed with a home and studio survival kit, coming from Brighton Suzanne was just off the ferry to join IMMA’s Residency for the following four months. No time was wasted in getting started as Suzanne pushed her practice to grow and expand over the coming months. Her spark was contagious with fellow residents, IMMA staff and museum visitors; always ready to explore, have a chat and get out and about to see and experience all that was on offer. Suzanne was occasionally referred to as the resident Flâneur, as a walk down the street would involve constant surveillance and discussion of her immediate surroundings accompanied by a regular swoop to the ground to yield another piece of street treasure to be admired and popped in to one of her many pockets, later it would be added to a growing collection in the studio, stuff to be ordered, sorted, tried and tested, challenging it to find its place: “Permanent structures emerge from impermanent matter, creating arrangeme...
Manage Cookie Consent
By clicking “Accept Cookies”, you agree to the storing of cookies on your device to enhance site functionality and analyse site usage.
Manage options Manage services Manage vendors Read more about these purposes
Cookie Settings
{title} {title} {title}