Irish artist Janet Mullarney (born 1952) studied at the Accademia di Belle Arti and Scuola Professionale di Intaglio in Florence. Incorporating an extensive range of materials including bronze, wood, plaster, foam, cloth, glass and wax, her dynamic sculptural works reference religious iconography, art history and human relationships. Mullarney’s work is represented in many public collections including that of the Arts Council, the OPW, and Dublin City Gallery The Hugh Lane. She divides her time between studios in Ireland and Italy.

Janet Mullarney is a member of Aosdana and is represented by the Taylor Galleries, Dublin. 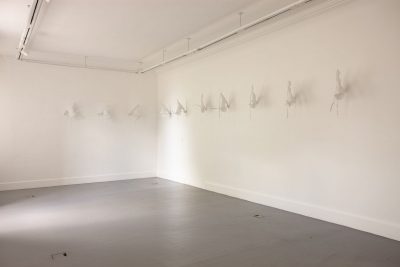 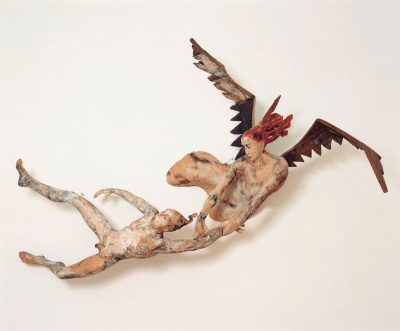 The Straight and Narrow Janet Mullarney 1991

Continue reading: use the explore panel below to browse associated IMMA programming and other great IMMA content related to this artist.

Then and Now
Janet Mullarney