Sandra Murphy has worked with the Visitor Engagement Team for the last four years. Sandra is a member of the Irish Wildlife Trust and the Dublin Naturalist Field Club. She is also a regular recorder for Biodiversity Ireland and Bird Sightings Ireland. She has a certificate in Field Ecology from University College, Cork. By Sandra Murphy
Fri Apr 24th, 2020 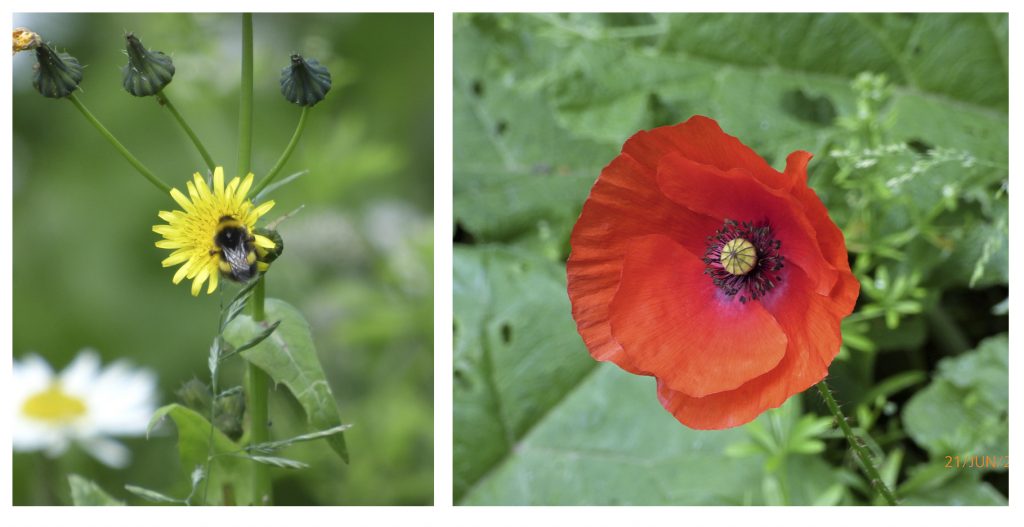 We are delighted to present a new series exploring the biodiversity of the IMMA site. Although the grounds of IMMA are currently closed Sandra Murphy from our Visitor Engagement Team, would like to share with us the wild nature of the grounds of IMMA and how they are thriving during this summer season. This first article looks at the Wildflower meadow, and will be followed by articles exploring the birds and the butterflies found at IMMA.

The Grounds and Formal Gardens at the RHK are managed and maintained by the Office of Public Works.

Over the next few weeks we will have the opportunity to learn a little more about IMMA and the particular biodiversity associated within the grounds of IMMA. Dog walkers and early morning strollers may be aware of the beautiful ornamental gardens, meadow and hedgerows, which are tended daily by our team of hardworking gardeners, headed by Chargehand Craft Gardener, Mary Condon from the OPW.

This mixed habitat within the grounds of IMMA is home to many wildlife secrets. There are approximately 27 species of birds, 9 species of butterflies, at least 3 species of dragonfly and even the humming-bird hawkmoth was spotted by Jason, from our technical crew, feeding on flowers in the courtyard. Two years ago nest boxes were installed on the main avenue and the gardeners keep a keen eye on the comings and goings of our feathered neighbours and their young, from spring onwards. During the colder winter months, feeding stations with peanut feeders, suet balls and seeds have been set up around the grounds.

The Pensioners’ Graveyard is a military cemetery which contains the graves of pensioners who lived in the Royal Hospital, Kilmainham. In 2018, the Pensioners’ Graveyard was transformed into a wildflower meadow for pollinators. This was achieved by introducing Hay Rattle, a flowering plant which disables the heavy growth of grass, providing space for wildflowers to thrive. The entrance gate to the meadow proudly displays the pollinator’s symbol from Biodiversity Ireland.

Below are some photos of wildflower which can be seen in the meadow during the summer period.

Hay Rattle seedhead suppresses the production of grass growth, and allows for a better growth and display of plants in a wildflower meadow. The seeds are formed inside dry capsules which, when ripe, rattle (hence, the name Hay Rattle) and eventually release the seeds to the wind.

Bully’s Acre is one of Dublin’s oldest cemeteries and located in the grounds of IMMA close to the Richmond Gate and encompasses approximately 3.7 acres. In this area a variety of wildflowers, shrubs, native and non-native tree species can be found, providing a great source of rich nectar and pollen and seeds for bumblebees, butterflies and birds. 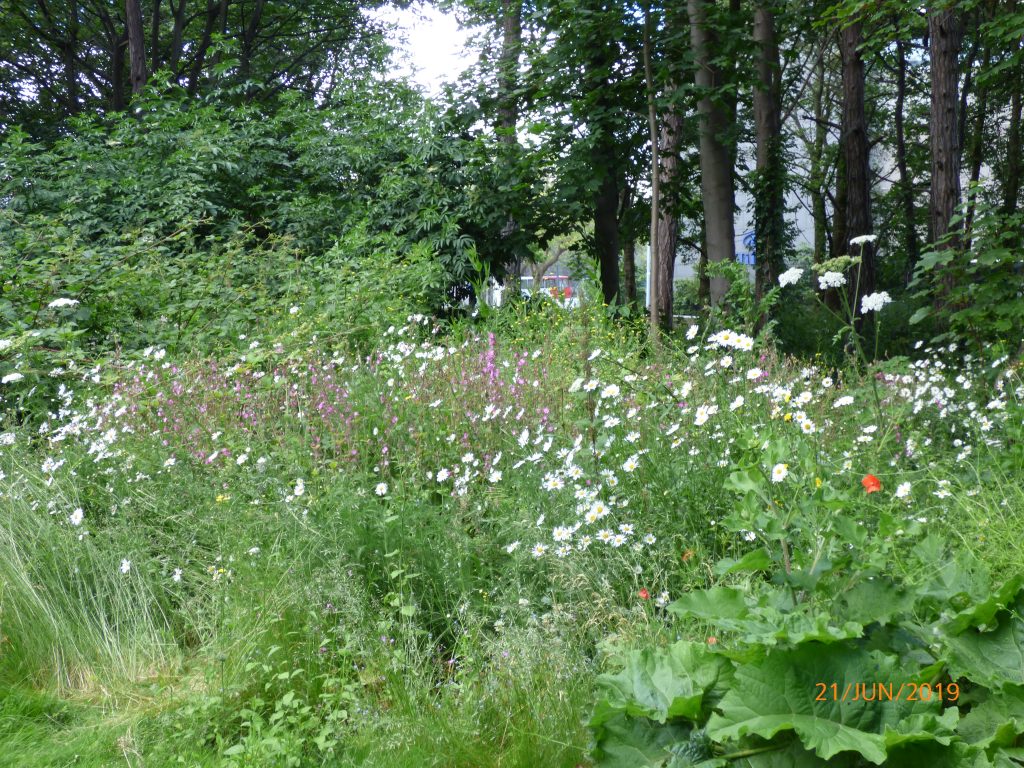 The photograph shows Common Red Poppy, Common Sow Thistle and the beautiful Red Campion, which is actually pink in colour. Teasel, which is a great source of food for the goldfinch (one of 27 species of birds which can be seen at IMMA), is a long narrow plant which can be seen in the background on the left.

On the right the Common Red Poppy – everybody’s favourite – in all its glory. In late Autumn the dried flower capsules contain black poppy seeds which make a wonderful rattling sound. 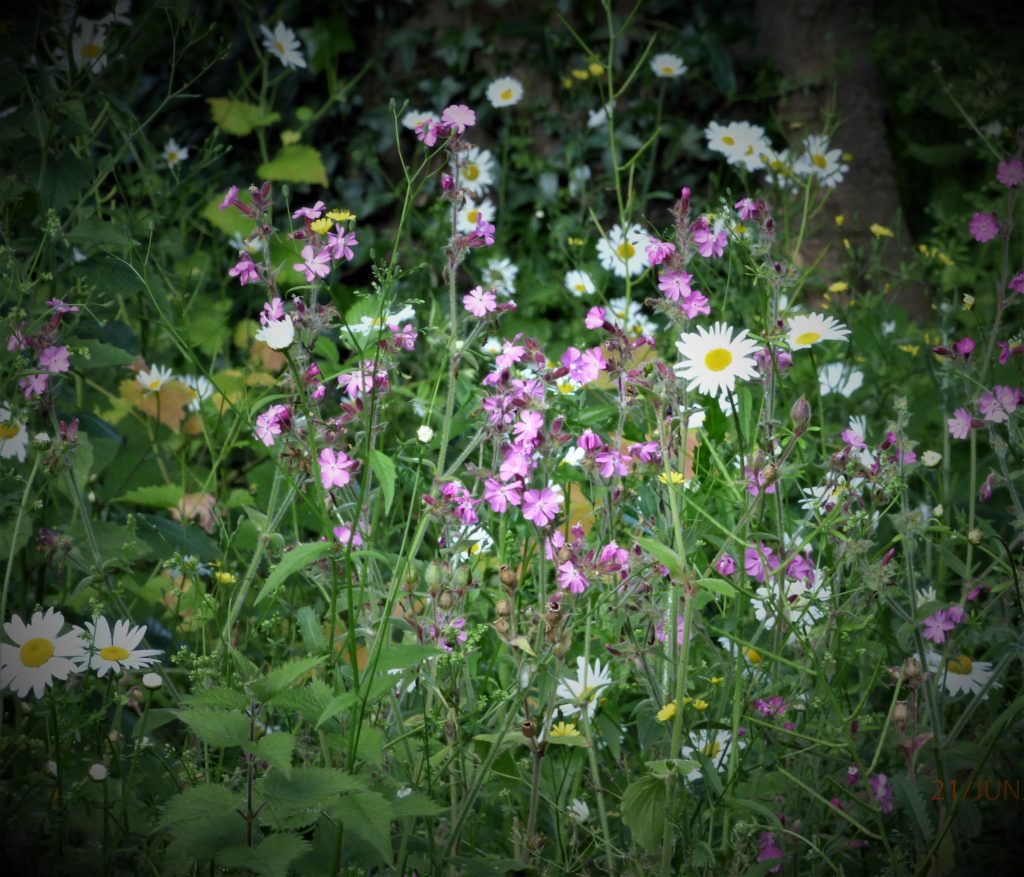 Campion, Ox-eye Daisy, Buttercup. Note on the left, the Common Nettle, an important plant in gardens for egg-laying butterflies such as Red Admiral and Small Tortoiseshell, all of which can be seen at IMMA on a sunny summer’s day.

Across the main avenue, a few yards from Bully’s Acre, we find the Officers’ Graveyard, where the higher ranking officers were buried. 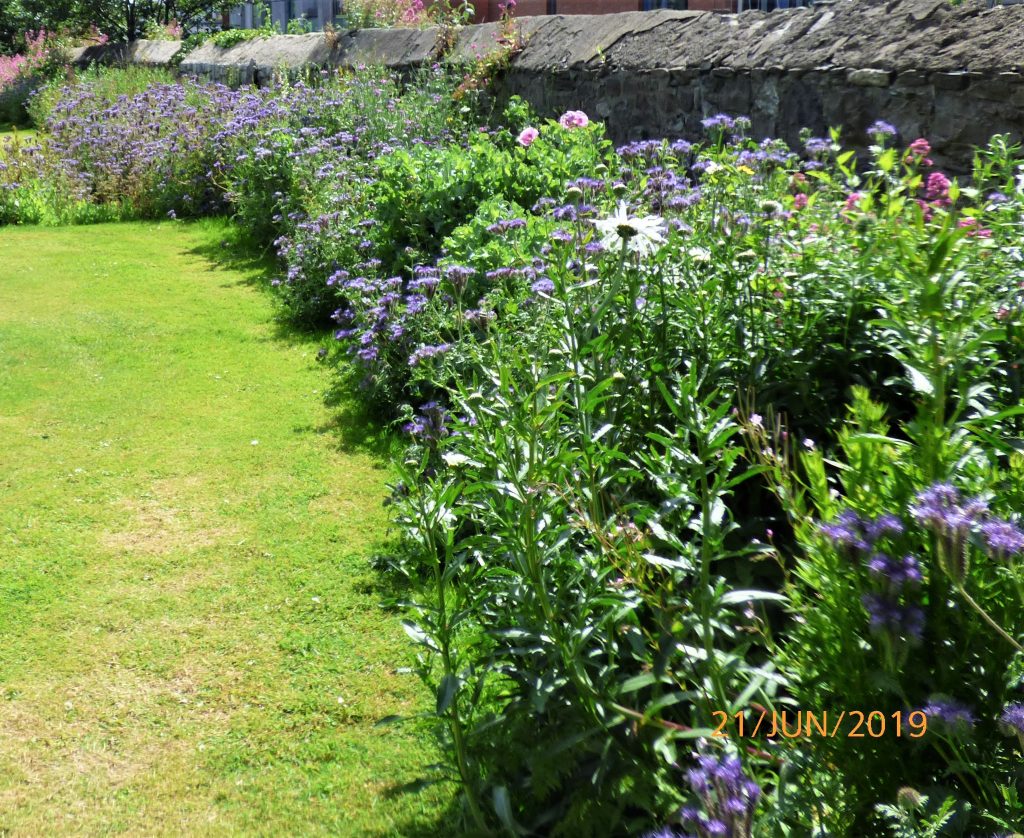 Over the last few years, Mary and her team, have planted an abundance of Phacelia, Foxglove and Echiums. Red Valerian makes a wonderful backdrop on the old stone graveyard walls.

Many insects feed on cleavers (two ladybirds can be seen on top right of the plant). In Folk medicine, cleavers plant was used to relieve poisonous bites and stings.

Thank you to Mary Condon and Therese Thynne for access to the Wildflower meadow and to Mary in particular for her expertise in helping to identify some of the lesser known plants.

While the IMMA site is closed we will continue to explore the biodiversity of the IMMA site in this series of articles by Sandra Murphy from our Visitor Engagement Team. This time Sandra looks at the butterf...

A Celebration of History at IMMA

The Irish Museum of Modern Art is extremely fortunate to be housed in the Royal Hospital Kilmainham, one of the finest 17th-century buildings in Ireland. 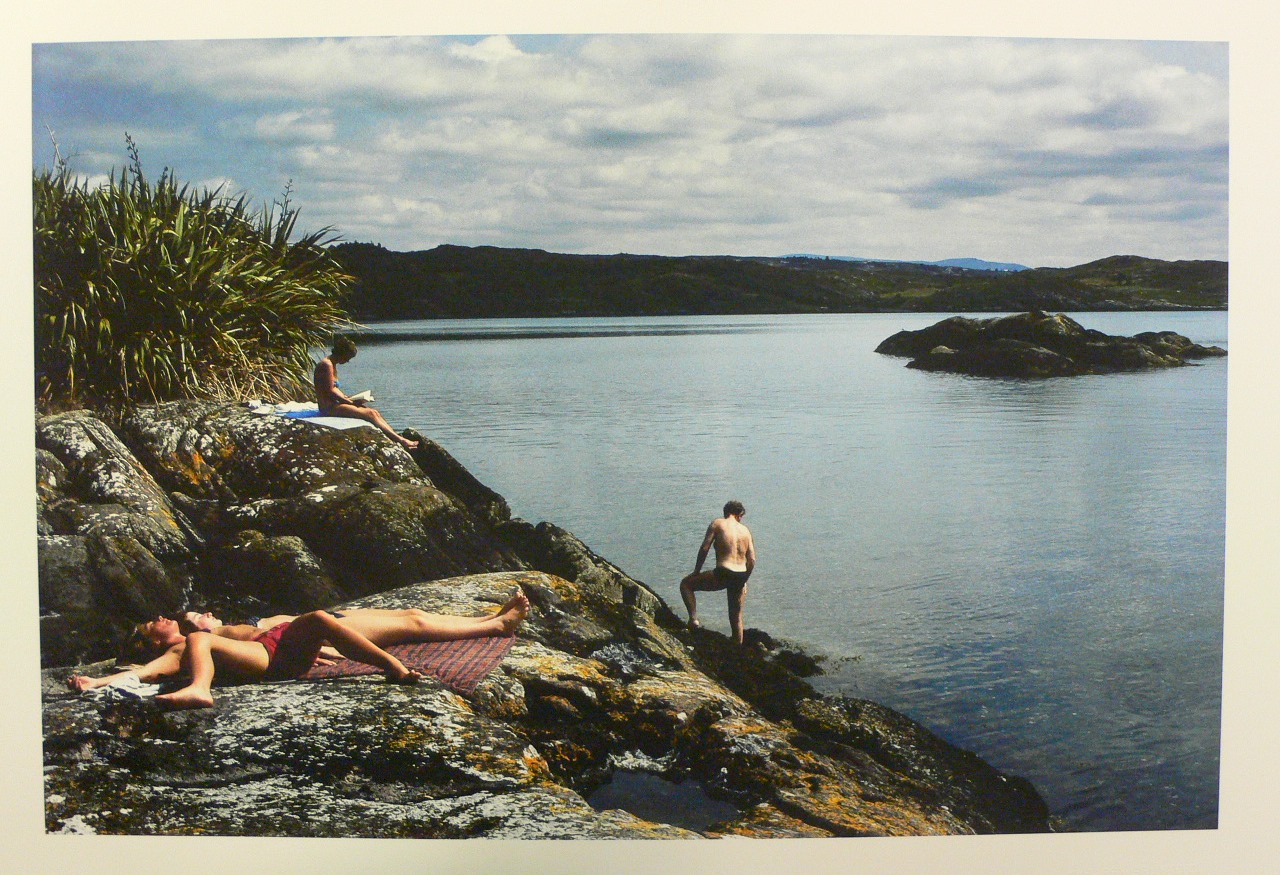