Sue Rainsford is a writer and researcher based in Dublin. In October 2017, she commenced the IMMA Collection: Freud Project Residency at IMMA with Bridget O’Gorman, where they collaborated to respond to Lucian Freud’s assertion ‘I want the paint to feel like flesh’. Her debut novel, Follow Me To Ground, is available from New Island Books, and she was recently awarded a fellowship at The MacDowell Colony, New Hampshire. By Sue Rainsford
Sat Apr 2nd, 2016 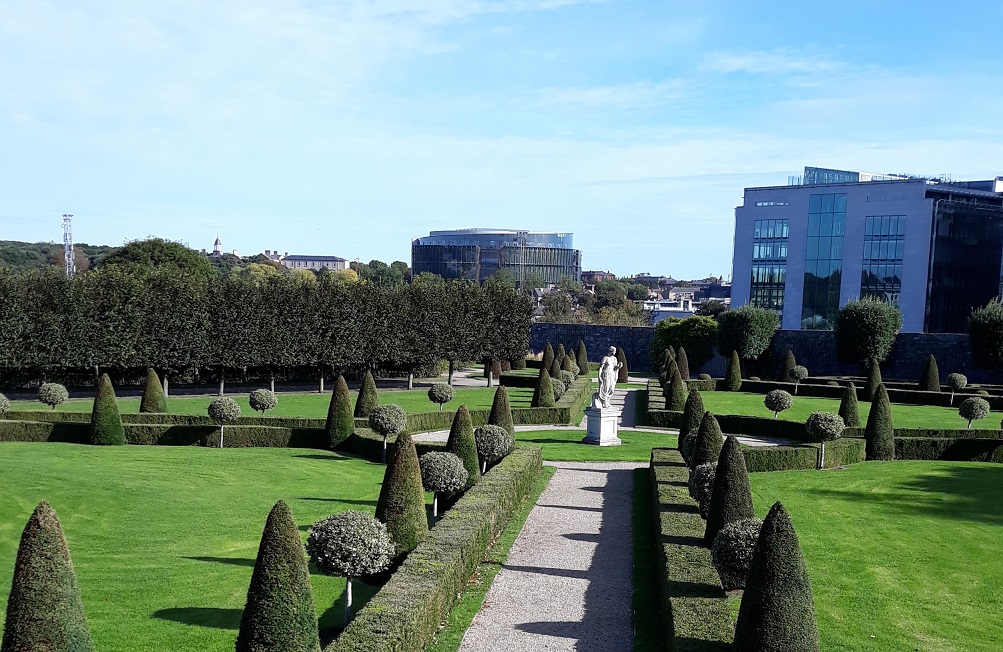 What can we ascertain of the human gaze and the shadow it casts? Or of memory, that diaphanous veil that shrouds even the most vibrant recollections?

Niamh O’Malley’s Memorial Gardens (2008) draws on a place potent with remembering to literalise the act of looking, the residue left by even the most cursory glance. Aligning a projection with an oil painting, the work sees these disparate materials temporarily fuse in a hovering, ethereal composite. The moment they come apart underscores the constructed, illusory nature of the image, the memorial itself, and the fabrication entailed by the act of looking.

What we see is an oil painting on an aluminum surface overlaid with a video projection of the Memorial Gardens. The observational footage is in itself unremarkable but serves to generate a sense of dailiness, of bodies passing through this sequestered space and occupying it as they would any other. Every seven minutes and twenty-two seconds there are two white flashes, the silent projection fades to white and the painting is revealed. It is a tonal work of the gardens themselves, devoid of colour and human ephemera. It is stark, unapologetically solid, and it lasts only a few moments before the projection begins again.

Charged as the Memorial Gardens are with the ethical implications of looking, O’Malley’s piece easily subverts the reverence and close attention they seek to induce. Inherent in any memorial is the suggestion that something has been tethered to collective consciousness and prevented from slipping into obscurity. They function on the premise that particular places will incite us not only to ‘remember’, but to ‘retrieve’, ‘redeem’ and ‘restore’. The formal compartments of Sir Edward Lutyens’ design at the Memorial Gardens – its symmetry, its classical repose, the stone which signifies an altar – embody this desire to choreograph bodily movement and numinous response.

Yet, when the video fades to white the memories immediately relevant – the ones we reach for – are the short-term impressions made by the video. The broader ‘historical memories’ of the 49,400 Irish soldiers who died during WWI are displaced. In this cross-space of place and commemorative endeavour where a constellation of pre-designed feeling is meant to fester and unfold, O’Malley dissects the act of looking to situate us within the present and most immediate past.

The camera, we understand, does what the human eye cannot: it fixes an objective reality for an extended period of time. And yet, when the projection plays it induces uncertainty, a disembodied quality that stems from variant speeds brought together but failing to cohere. When the screen flashes white we’re unsure what has ruptured: our gaze or the gardens themselves, exhausted from fulfilling our expectations of colour and shape and size. Either way, the oil painting appears as an after-image – a lingering outline imprinted on eyelids.

Featuring as it does the pared back crux of the gardens, the unaffected kernel, the painting’s blunt authenticity aligns the fluctuating projection with the fallible tendencies of sight. This is what the splicing of the two materials allows, a necessary conflation we perform everyday: our implicated gaze imposed over the unabashedly fixed and ‘actual’. The looped nature of the footage suggests this heightened kind of looking – of apprehending – can only stave off the interpretive implications of the gaze for so long.

Our realisation then, in the aftermath of the flashes and fading away, is one relevant to the everyday: we’ve partaken in an illusion. O’Malley evokes this realization in terms of both artistic method and cerebral response: the gardens are a construction aimed at instilling reactions within a certain spectrum, the image presented is a construction as every image is a construction, and our perception is a blend of an initial impression and the poetic-falseness a given consciousness can’t help but bring.

The materials in Memorial Gardens vary in the degree to which the gaze is indelibly entwined with the thing beheld. One element of the work is frenetic, perhaps more ostensibly alive. The other is distilled, less susceptible to change. The moment in which their temporary union comes undone reminds us that what we’ve been perceiving is the product of that perception, not an item from experience itself. The piece, however, is no less esemplastic for the breakage it hinges on.

John Berger writes that ‘Without a pictorial language, nobody can render what they see. With one, they may stop seeing. ‘ Memorial Gardens grapples with this issue of becoming too familiar, too anticipatory, too enmeshed with the mechanisms of seeing to catch a glimpse of the thing itself. It is a rarity, indeed, that we truly behold what we see. The break O’Malley prompts in our viewing doesn’t signify an epiphany – our way of engaging with the world hasn’t been altered. Rather, we have been reminded of what we bring to our surroundings when we consider them, and affirmed is how deeply we require the slippage of personal interpretation, the mistakes of understanding that might be organic or repressive, stringent or lyric. It is a necessary compulsion. The break in the projection is not intended to impede the act of looking, but to encourage a deeper probing, a going past the tenuous ‘top layer’ of our individual impressions.

Memorial Gardens portrays this fluctuating myriad of activity and response, this interpretive haze, and also demonstrates the moment in which the pellicle of perception stutters to reveal the inarguably ‘real’. 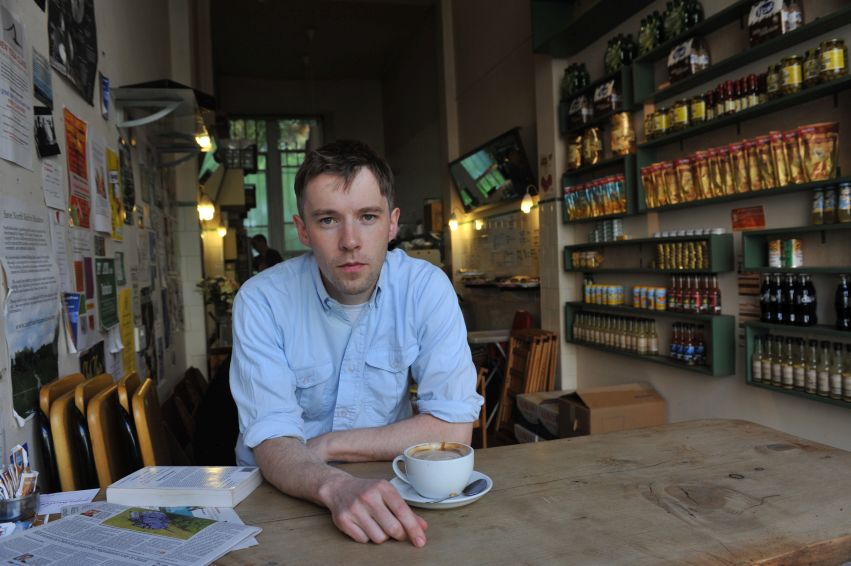 IMMA announces landmark Lucian Freud Project for Ireland alongside an expanded 2016 programme of new work celebrating the radical thinkers and activists whose vision for courageous social change in Ireland and beyond remains relevant to us today. IMMA is pleased announce highlights from our 2016 exhibition programme today, Tue 8 March 2016. See video. Sarah Glennie, Director of IMMA, said “We are delighted to announce today that the IMMA Collection has secured an important long-term loan of 50 works by Lucian Freud (1922-2011); one of the greatest figurative painters of the 20th-century. From September 2016, the IMMA Collection: Freud Project will be presented in a new, dedicated Freud Centre in the IMMA Garden Galleries for five years. With this extraordinary resource IMMA will create a centre for Freud research with a special programme of exhibitions, education partnerships, symposia and research that will maximise this exciting opportunity on offer in Ireland.” “Ireland’s commemoration year 2016 presents an important moment to examine the role of the artist in shaping our contemporary society, and we have commissioned a number of leading artists to create and present new work that reflects the legacy of Ireland’s past as a means to understand our present. Irish arti...
Manage Cookie Consent
By clicking “Accept Cookies”, you agree to the storing of cookies on your device to enhance site functionality and analyse site usage.
Manage options Manage services Manage vendors Read more about these purposes
Cookie Settings
{title} {title} {title}