The Narrow Gate of the Here-and-Now: Protest and Conflict

The fourth chapter of the exhibition The Narrow Gate of the Here-and-Now, Protest and Conflict, takes the IMMA Collection as a starting point to explore how artists have worked to subvert power and use art as a conduit for civil disobedience. This exhibition celebrates the contributions artists have made to protest as an act of resistance and assertion.

Throughout history artists have been to the fore in activist and resistance movements, bringing both personal and political insights that propose new means of comprehending our present state of Endless War.

Chapter Four: Protest and Conflict takes the IMMA Collection as a starting point to explore how artists have worked to subvert power and use art as a conduit for civil disobedience. With a focus on their contributions to movements and events in recent years including Black Lives Matter and The Artists’ Campaign to Repeal the Eighth Amendment, this exhibition celebrates the contributions artists have made to protest as an act of resistance and assertion.

Over the past three decades since the opening of IMMA in 1991, the world has witnessed relentless conflict and turmoil, globally and locally, from Northern Ireland to Palestine, South Africa to Afghanistan, Beirut to Kashmir. Allied to these seismic shifts, we have seen evolutions in forms of protest related to advances in Internet technologies and social media and the channelling of grassroots energies to build responses and affect change.

The exhibition highlights how the personal experiences of the artists are rooted in their political situation. Works documenting feminist forms of protest and the meaning of the body colonised by patriarchal power can be seen alongside works protesting the impact of neo-colonialism in the present. Throughout the exhibition, the conflict in Northern Ireland is explored through a global lens, including the responses of artists as historians, activists, and visual narrators.

The Narrow Gate of the Here-and-Now is presented in four chapters, each one explores the past three decades through different thematic approaches –  Chapter One: Queer Embodiment; Chapter Two: The Anthropocene;  Chapter Three: Social Fabric, and Chapter Four: Protest and Conflict. This is the first time that the Museum has been given over entirely to showing the IMMA Collection and showcases a selection of recently acquired artworks to the Collection through a fund from the Department of Tourism, Culture, Arts, Gaeltacht, Sport and Media. Alongside this, several key loans augment the artworks in the Collection and Archive. The exhibition is designed by the collaborative architecture and design practice led by Jo Anne Butler and Tara Kennedy.

The exhibition positions IMMA’s inception in 1991 as part of a crucial moment in the history of globalisation, within the European context. Around this time, several museums of contemporary art in countries such as Poland and Lithuania were redefining their cultural identities in the context of a post-Communist Europe. These and wider shifts towards globalisation, with the dawn of the internet and rise of neoliberal politics in the West, provide the context for thinking about IMMA’s role in relation to the global contemporary.

Being a Border with Evan Garza and Guests

The Narrow Gate of the Here-and-Now: Curator's Talk Series

The Narrow Gate of the Here-and-Now: Queer Embodiment

The Narrow Gate of the Here-and-Now: The Anthropocene

The Narrow Gate of the Here-and-Now: Social Fabric 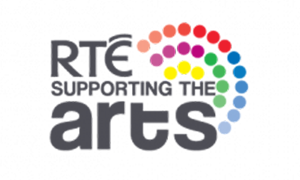