Curating at IMMA, through a queer lens by Seán Kissane

Seán Kissane is Curator of Exhibitions at IMMA. Major shows curated include the recent retrospective for Derek Jarman; Alice Maher held at IMMA’s offsite space at Earlsfort Terrace; the first retrospective of Surrealist Leonora Carrington; and an exhibition looking at the lives of Mexican artists Frida Kahlo and Diego Rivera. An important strand of his program is the ‘Modern Masters Series’, which presents deeply researched exhibitions on neglected figures from our recent history such as Gerda Frömel and Mary Swanzy and the first queer reading of Irish art with the Patrick Hennessy exhibition in 2016. By Seán Kissane
Thu Jun 25th, 2020 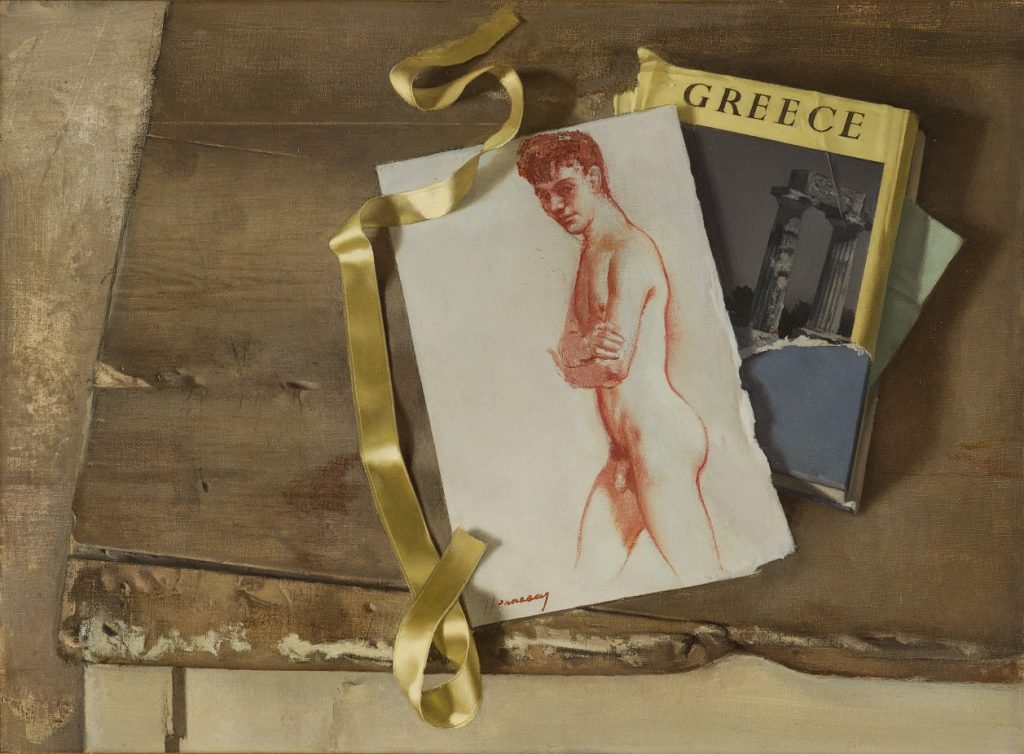 Seán Kissane, Curator of Exhibitions at IMMA, looks back at the exhibition on Patrick Hennessy titled De Profundis he curated in 2016. Hennessy was one of the first Irish artists to depict his life as a gay man in the face of social, religious and legal restrictions.

In thinking about what it means to celebrate Pride Week in 2020, we can reflect on the history of Irish artists who lived in a less tolerant time and how they explored themes of LGBT+ life in their work. In 2016, IMMA staged a retrospective of Patrick Hennessy (1915-1980) with a particular focus on these themes. Hennessy was born in Cork but raised and educated in Scotland where he met another artist Henry Robertson Craig (1916-1984) who became his life partner. They were separated by the second world war at which time Hennessy’s work took on a particularly melancholy mood, particularly his self-portraits and paintings about the war like Exiles (1943, Hugh Lane). 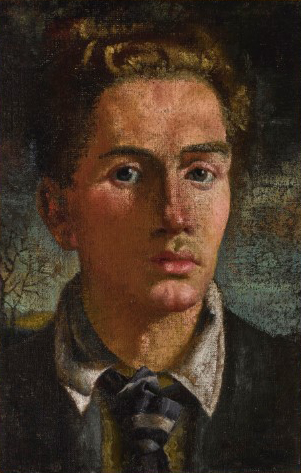 In 1946 the couple were reunited, and they lived together until Hennessy died in 1980. Although they were private about their relationship, they consistently addressed gay themes in their work, increasingly so in the 1960s and 70s. The private spaces of their relationship are seen in tender works such as Hennessy’s Roses in a Bedroom (1947), a still-life of a vase of pink roses in the background of which is their unmade bed.

Works by Hennessy that directly address Irish identity include Lake Island (c. 1965) that consists of a man standing by a lake in a landscape reminiscent of a painting by Paul Henry (1877–1958). The man is in contemporary dress, but the view is timeless. At first glance, the scene is pleasant or innocuous. Still, through a queer lens it can be read as a visual representation of the isolation and alienation of the closeted experience. By placing this figure in the west of Ireland landscape more usually associated with virtue and Catholicism, the work can also be read both as a queering of Irish identity and the conventions of Irish landscape painting.

The isolated male figure appears regularly in Hennessy’s work; however, Seán Alone (1977) does something different. It shows a group of adolescent boys swimming in a canal. One boy sits apart fully clothed in physical and psychological isolation observing his friends. The reasons for his unwillingness to participate is known only to him but can be imagined by the viewer. When exhibited at IMMA, this picture elicited strong responses from the audience. One man said in his youth he didn’t like to swim with his friends because he thought his thin body betrayed his homosexuality. Another said he wouldn’t undress because when he was a teenager, he could not control his physical responses and felt ashamed, but also afraid of the possible consequences.

To express themes of LGBT+ life while homosexuality was still criminalised artists used codes in their works to communicate themes in a clandestine way. One of the most popular was in dress codes that signaled sexual orientation to others. For gay men, wearing a red necktie was one signifier. This is often seen in the work of Hennessy and Craig, both in self-portraits and in portraits of their friends. Another method of concealment was by representing the body, but through reference to Ancient Greece. Hennessy’s Man Made Man (1965), and The Yellow Ribbon (1956, IMMA) both show the male nude but presented as statuary, or book illustrations. As the century progressed, they became more frank and they exhibited male nudes when this was not a popular theme in contemporary art.

An example is Craig’s Figures in the Sea (1960s, RHA) which portrays a group of six naked youths in an Irish coastal scene. Two are riding horses in the surf while two others laugh as they run out of the water towards the artist. Craig exhibited this picture at the RHA Annual Exhibition in the ’60s and donated it to the RHA Collection where it remained unseen again until 2016. As a public declaration by the artist it can be seen as a step towards open expression in Ireland. In the late 50s the couple started to spend half of the year in Tangier, Morocco which had a tolerant attitude to homosexuality. There, they painted portraits of handsome men, images of gay bars, and other places where gay men met. When exhibited in Dublin in the 70s they attracted some negative comment in the press, one reviewer saying that “Hennessy’s exhibition is full of stupid pictures of young men standing around on beaches in their underpants”.

With the 20:20 vision that hindsight affords we can see that Hennessy was offering visibility of gay people and their lives; exactly what Gay Pride does today. At a time when we see the dramatic rise of right-wing conservative politics globally, and with it the restriction of rights to LGBT+ people, the joyful and exuberant images of Gay Pride in Dublin presented in the media, offers hope to people in other countries, where the LGBT+ community are subject to violent oppression and censorship.

IMMA Symposium, Sexuality, Identity and the State
Listen back to this symposium organised on the occasion of the exhibitions Patrick Hennessy, De Profundis  and Carol Rama, The Passion of Carol Rama. Comprising of presentations by artists, writers, curators, educators and psychoanalysts, this symposium addresses issues of gender, sexuality, identity and the state as it relates to the work of artists, Hennessey, Rama and others.

Derek Jarman, PROTEST!
This highly praised retrospective of the work of Derek Jarman PROTEST!  is the most recent exhibition curated by Seán Kissane. A beautiful new monograph has just been published which offers a definitive overview of Derek Jarman’s life and work, covering all aspects of his oeuvre. Now available from the IMMA Shop for the special price of €35.00.

On 28 June 1969 police raided The Stonewall Inn, a gay bar in Greenwich village New York, the 200 patrons resisted against the discriminatory police raid and rioted. A year later a committee was formed to co...

IMMA Curator Seán Kissane observes how his own relationship with artworks in the exhibition Patrick Hennessy De Profundis has changed over the course of the show. 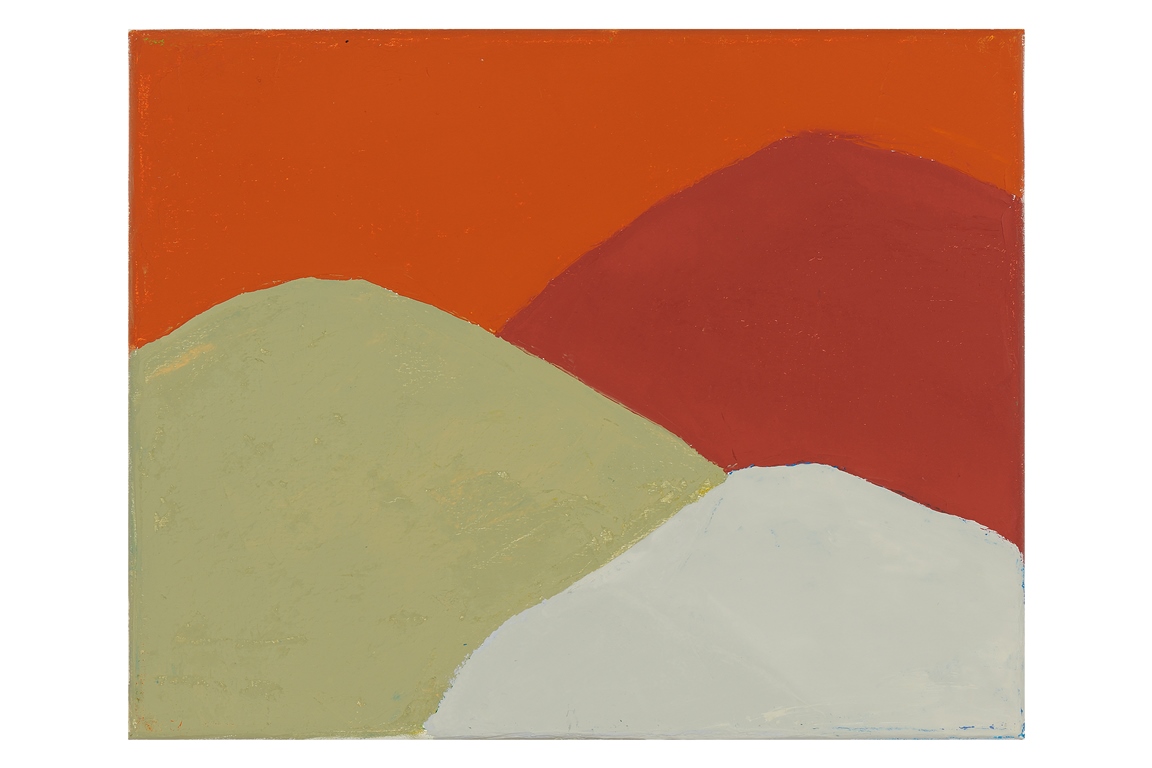 Etel Adnan, Untitled (#213), 2013, Archival pigment print on CottonRag fine art paper, Sheet: 25.2 x 31.2 cm, Collection Irish Museum of Modern Art, IMMA Editions, Donated by the artist, 2015
On 28 June 1969 police raided The Stonewall Inn, a gay bar in Greenwich village New York, the 200 patrons resisted against the discriminatory police raid and rioted. A year later a committee was formed to commemorate the riots – Gay Pride was born. This year parades and parties have been cancelled so we look at new ways to celebrate and commemorate. This week, Chris Jones, our Visitor Engagement Team supervisor turns a queer eye on the IMMA Collection and explores works by LGBTQI+ artists. ................................................................................ Lets return to New York where it all began with Berenice Abbott's Hardware Store, 316-318 Bowery, Manhattan, 1938. [caption id="attachment_53751" align="alignnone" width="980"] Berenice Abbott, Hardware Store, 1938, Gelatin silver print, 45.5 x 58 cm, Collection Irish Museum of Modern Art, Donation, David Kronn Collection, 2015[/caption] Born in Ohio in 1898, Berenice Abbott would become one of America's greatest photographers, after rejecting a career in journalism, Abbott moved to Paris in 1921 where she discovered her love for photography working as a darkroom assistant for Man Ray. She opened her own studio specialising in women's portraiture, mostly lesbian expats, although James Joyce famous...
Manage Cookie Consent
By clicking “Accept Cookies”, you agree to the storing of cookies on your device to enhance site functionality and analyse site usage.
Manage options Manage services Manage vendors Read more about these purposes
Cookie Settings
{title} {title} {title}