Sara Ahmed’s work is inspired by scholars working on essential questions of race, colonialism, gender, sexuality, and disability who write from or about “bodies out of place”, “misfits”, or “troublemakers”, including Judith Butler, Rosemarie Garland-Thomson, Alexis Pauline Gumbs, Aimi Hamraie, Alison Kafer, Heidi Mirza, Aileen Moreton-Robinson, Nirmal Puwar, Shirley Anne Tate, Gloria Wekker, as well as many others. Ahmed works as an independent feminist scholar and writer. Her work is concerned with how power is experienced and challenged in everyday life and institutional cultures. Her books include What’s the Use? On the Uses of Use (2019), Living a Feminist Life (2017), Willful Subjects (2014), On Being Included (2012), The Promise of Happiness (2010), Queer Phenomenology (2006), The Cultural Politics of Emotion (2014, 2004), Strange Encounters (2000) and Differences that Matter (1998). The book What’s the Use: On the Uses of Use (2019) published by Duke University Press, draws on cultural studies, gender and sexuality, feminism and Women’s Studies and Queer Theory to suggest queer use as a way of reanimating the project of diversity work and the painstaking task of opening up institutions to those who have historically been excluded. By Sara Ahmed
Sun Apr 12th, 2020 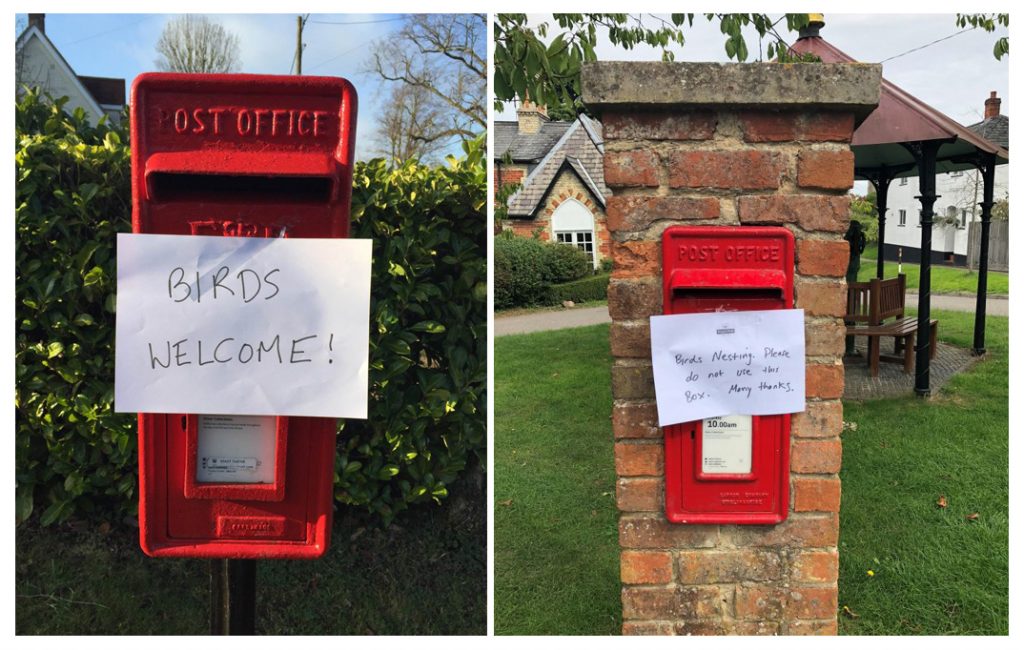 Challenging times also bring moments for critical pause and re-invention. There was an extraordinary interest in the lecture by influential scholar within race and gender studies, feminist icon and a self-proclaimed killjoy Sara Ahmed – which unfortunately IMMA had to postpone. We thank you for all for your engagement and support.

Ticket holders might be glad to hear we look forward to hosting Sara Ahmed in February 2021. In the meantime we invite Ahmed to connect with IMMA’s online community with a short text that introduces the research threads that are so synonymous with her intersectional writing, thinking and latest book What’s the Use: On the Uses of Use (2019). Whether you are a new or an avid follower of Ahmed’s diversity work, IMMA’s magazine gives you the chance to be familiarised with the roots of her game changing ideas on ‘queer use’, that she applies to an interrogation of what is ‘useful’ knowledge, and the evolving ‘functionality’ of space.

The historical turns and twists of institutional critique continue to unfold traditional binaries and absolutes of the inclusions and exclusions of art, culture and everyday life. In a new world order of a global emergency, questions of access, use, knowledge, solidarity, communal care, and reclamation are ever more present. Building on feminist of colour scholarship, Ahmed’s activist complaint and survival project Living A Feminist Life along with her work on ‘queer phenomenology’, gives tools for building new models of being, inhabiting and speaking out. To truly transform societal power relations of which structures of our institutions are implicit, she claims ‘’requires a world-dismantling effort’’.

In this quite period off isolation, we hope Ahmed’s meditation on ‘queer use’ offers a brief solace, in a world that may seem more estranged, though equally opens a new window to gain a fresh perspective. We also recommend you read Ahmed’s powerful blog series ‘feministkilljoys’, to complement this text. Sophie Byrne, Talks and Public Programme, IMMA.

Presented in the context of IMMA’s CHROMA programme.

The idea of “queer use” has a long history.[1] An article from 1899 entitled, “Queer Use for Cloisters,” notes that “the cloisters of the Church of St. Ethelreda, Ely palace, Holborn, London, are now being used for a purpose very different from that for which they were originally intended. Father Jarvis…has placed them at the disposal of any cyclist who may wish to store his machine while attending divine services.”[2] A queer use for something is when you use it for a purpose “very different” from that which was “originally intended.”

Uses are not always determined by intended function – this not is an opening. Howard Risatti notes in A Theory of Craft:

Use need not correspond to intended function. Most if not all objects can have a use, or, more accurately be made useable by being put to use. A sledgehammer can pound or it can be used as a paperweight or lever. A handsaw can cut a board and be used as straight-edge or to make music. A chair can be sat in and used to prop open a door. These uses make them “useful objects” but since they are unrelated to the intended purpose and function for which these objects were made, knowing these uses doesn’t necessarily reveal much about these objects (2007, 26).

I am not so sure if uses are quite as unrevealing about things as Risatti implies here (“knowing these uses doesn’t necessarily reveal much about these objects”). I am being told something about the qualities of a sledgehammer that it can used to be a paperweight. That a sledgehammer can be used as a paperweight tells me about the heaviness of the sledgehammer. Something cannot be used for anything, which means that use is a restriction of possibility that is material. Nevertheless, there is something queer about use; intentions do not exhaust possibilities.

We can be queering use, or showing the queer potential of use, when we enter spaces not intended for us.

Intended functionality can mean who something is for, not just what something is for. The post box has become a home for nesting birds. Of course, the post-box could only become a nest if it stops being used as a post-box – hence the sign “please don’t use” addressed to would-be posters of letters. Sometimes a change of function does not require a change of form. The birds use the small opening intended for letters as a door, a way of getting in and out of the box.

I am aware this is a rather happy or hopeful image. To queer use, to open up spaces to other users and uses usually requires more than just turning up and turning a post-box into a nest or a room into a shelter.

We can turn up to find a space already occupied. I think of Audre Lorde in 1978 turning up at an event to commemorate the 30th anniversary of the publication of Simone de Beauvoir’s Second Sex. She agreed to speak; she does speak, on a panel, “The Personal is Political.” But she finds that the panel on which she is speaking is the only panel where black feminists and lesbians are represented. Lorde takes a stand; she makes a stand. She uses the time and the space she has been given to make a critique, perhaps a complaint, about the time and space Black feminism and lesbianism has been given.  The work of critique often involves pointing out the structures that are not noticed by those who are enabled by them. That critique was to become one of her best-known essays, “The Master’s Tools Will Never Dismantle the Master’s House” (1984). In that essay Audre Lorde asks a question: “What does it mean when the tools of racist patriarchy are used to examine the fruits of that same patriarchy?”  Lorde tells us what it means by showing us what it does.  When a feminist house is built, using the tools of “racist patriarchy,” the same house is being built, using the same doors; doors can be the master’s tools, how only some are allowed to enter; how others become trespassers, or if they are allowed in how they end up in a little room at the back of the building.

Doors can be teachers; they can tell us who a space is built for. Aimi Hamraie describes in Building Access: “Examine any doorway, window, toilet, chair or desk…and you will find the outline of the body meant to use it” (2017, 19).  Those who are not meant to use doorways tend to notice doors; we notice what stops our progression. A disabled academic has to keep pointing out that rooms are inaccessible because they keep booking rooms that are inaccessible: “I worry about drawing attention to myself. But this is what happens when you hire a person in a wheelchair. There have been major access issues at the university.” She spoke of “the drain, the exhaustion, the sense of why should I have to be the one who speaks out.” You have to speak out because others do not; and because you speak out, others can justify their own silence. They hear you, so it becomes about you; “major access issues” become your issues.

For some, to be accommodated requires modifying an existing structure or arrangement. Those who are not accommodated are often required to do this work – even if what they are asking for is compliance with existing polices. We can call this work diversity work:  the work we have to do in order to be accommodated; the work we have to do because we are not accommodated. Queer use is another way of thinking about diversity work, which is to say, queer use can be understood as the ordinary and painstaking work of challenging existing structures or modifying existing arrangements.

Diversity work often means working against official uses of diversity. There could be another sign on the post-box:

Diversity is this sign: bird welcome, or more typically, minorities welcome! Come in, come in! That sign would be empty of force if the post-box was still in use as the birds would be dislodged by the letters, the nest destroyed before it could be created.

Just because they welcome you, it doesn’t mean they expect you to turn up. Those deemed strangers can be welcomed as way of not modifying an existing arrangement. You might turn up, only to be questioned whether you are supposed to be there. Who are you, what are you, where are you from, where are you really from; are you in the right room? Questions can be hammering: for some to be is to be in question. You can be thrown out by the words thrown at you. I suggested earlier that use is a restriction of possibility that is material. Restrictions can become material through use. The letters in the box, words that are thrown out: they are materials; they pile up. What is material to some—leaving you with no room to breathe, to nest, to be—can be what does not matter to others because it does not get in the way of their occupation of space; it might even enable that occupation.

[1] The idea of “queer use” is explored in the conclusion of my new book What’s the Use: On the Uses of Use (https://www.dukeupress.edu/whats-the-use). In my current work I am considering more closely the relationship between queer use and the work of complaint.

Mark Granier responds to Life Above Everything

IMMA's Lisa Moran examines the current emphasis on women and art in IMMA's 2013/4 programme, reflecting on how it draws on and highlights IMMA’s rich history of exhibitions featuring female artists, who have... 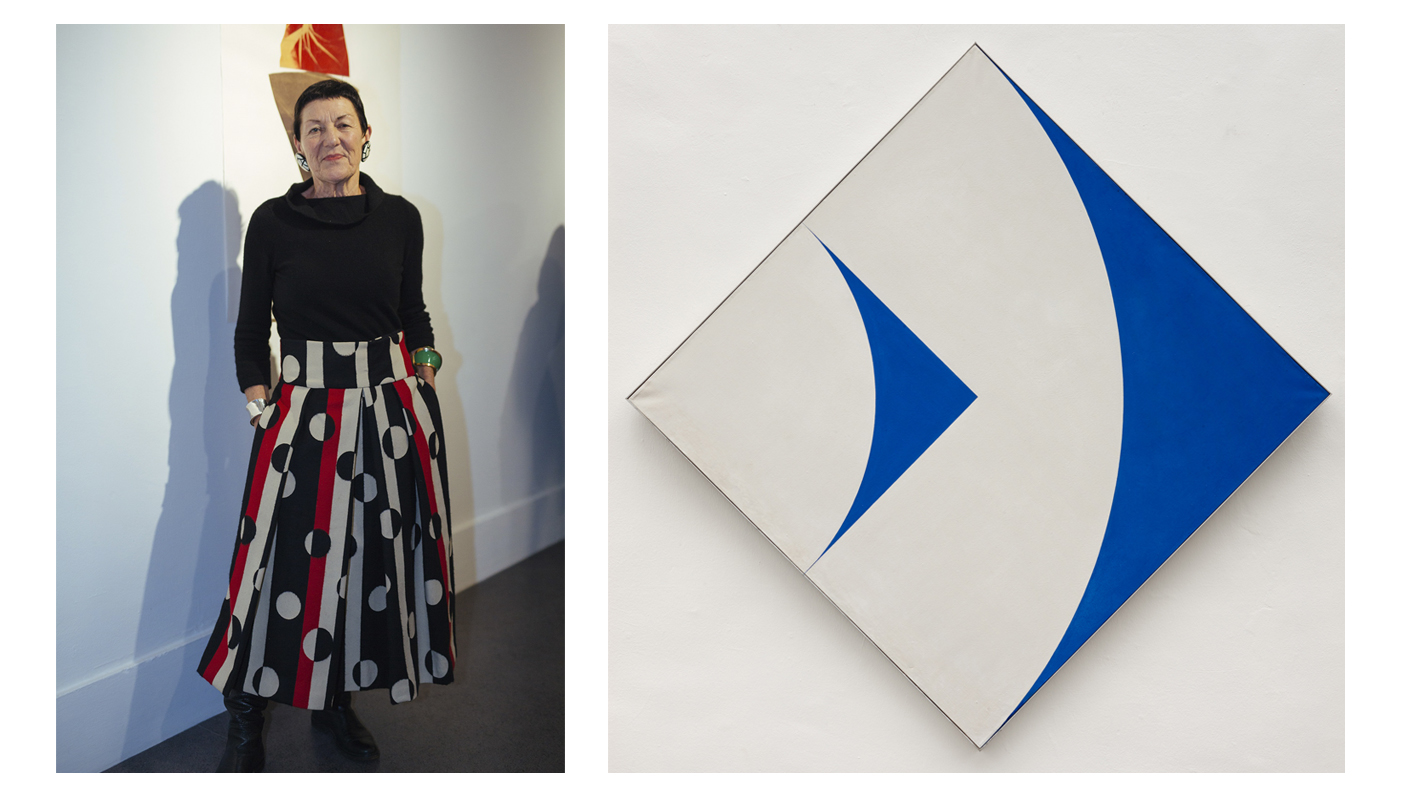