Once you have made a booking, you will receive a notification by email with information about your event. If you have general queries about attending Talks at IMMA please see our Frequently Asked Questions page below.

Presented in association with the MA in Global Gallery Studies, History of Art, University College Cork, this interdisciplinary webinar explores the performative dimension of Paula Rego’s creativity, and illuminates specific approximations to Irish contemporary performance art. Rego’s rebellion against the subsidiary role of women in Portuguese society and patriarchal imaginary enacts a form of political resistance and civic agency which is still very meaningful today.

Rego’s work establishes a dialogue with Irish contemporary artists many who creatively address women’s experiences as a form of political intervention. Moving to a very different time, geographical space and political context, select Irish artists also placed the body at the centre of their creative performativity in order to assert bodily ownership amid ‘turbulent periods of lack of control over Irish women’s bodies.’ Contemporary visibility of women’s bodies in the public space not only intervene directly in the current discussions on women’s rights and social role, but also create a powerful echo of past stories of violence and repression that are still embedded in corporeal expression.

As stated by Rego:

“often what I discover during the process of making the picture was hidden, dwelling in another area of my consciousness, and then it appears on the canvas and I finally understand it”.

Online Details: You can attend by registering in advance to receive a zoom link directly to your inbox.

In this talk, I will analyse Paula Rego’s early work and associate her formal experimentalism with resistance to authoritarianism and patriarchal rule. While living between Portugal and London in the 1960s, Rego engaged creatively with the post-war politics, which revealed the persistence of totalitarianism and colonialism and the complacent attitude of the Western States towards Portuguese and Spanish dictatorships.

Besides emphasising the need to contextualise Rego’s artistic practice beyond the territory of art history, I will pay special attention to her creative process and to its performative dimension. In the beginning of her career, the artist initiated the act of painting and drawing through a gestural performance, which charged her work with violence, irony, and subversion. In doing so, Rego attempted not only to convey the brutality of political repression and colonial rule, but also to inscribe her experience as a woman.

In the conclusion of this talk, I will associate the intention to give visibility to hidden stories and unconventional forms of representing womanhood with a continuing experimentation with performative strategies. This will allow us to compare Rego to a stage director, creating scenarios and defining poses so as to materialise her visions of the contemporary challenges to women’s rights and emancipation.

Paula Rego’s art is concerned with struggles against domination, both sexual and political. She uses the painted and drawn surface to construct tableaux that render human gesture and expression to powerful, visceral effect. Creating reflections on resonances in the IMMA Collection, my talk will explore certain Irish artists’ work, mainly of a performative nature, that raise themes and approaches for an ‘in conversation’ with the context and the character of performativity in Rego’s work. I will consider the echoes between Rego’s work and the performative by certain Irish artists who deal with actions/scenes that produce blurs between still and moving images. As well as the overtly performative, I will refer to artists’ works in other media, often lens-based and photographic documentation of the performative, as well as installatory multi-disciplinary works.

PAULA REGO, TRANSGRESSIVE IMAGININGS THE MEANING OF WORKING THROUGH THE PAST
Speaker: Maggie O’Neil, Professor of Sociology and Criminology, UCC.

In this paper, working in the space between art and ethnography, using walking as an arts based, performative method to connect with Irish women’s experiences in embodied, sensory and relational ways, I want to reinforce the vital importance of seriously working through the past: to understand the social, cultural and political origins of women’s embodied experiences, oppressions and suffering; the correspondences between Portuguese society and Irish society; and the possibilities, inspired by Paula Rego, for interdisciplinary feminist interventions (as critical theory in practice), towards a radical democratic imaginary.

Rego’s processes of making—her creative performativity—was an essential element of her political attitude. From cutting pieces of her own drawings and pasting them directly into the canvas or scratching the pictorial surface to creating a theatrical dialogue between poses, looks and expressions in her more realistic works, the artist defies traditional representations of the feminine, conventional power relations associated to gender and canonical narratives of history and art history.

Both artists will comment on their practice within performance art and reflect on the relevance of selected themes presented in Paula Rego, Obedience and Defiance.

Chair: Dr Mary Kelly is a Lecturer in Contemporary Art History, Theory and Gallery Studies & Director of the MA in Global Gallery Studies at University College Cork, Ireland. She is also a Research Associate at the Centre for Gender and Women’s Studies, Trinity College Dublin. She is an Irish Research Council Awardee and a Fulbright Scholar. Dr Kelly’s research and teaching employ a comparative discourse analysis which bridges European Orientalism and postcolonial theories; women’s art and feminisms; contemporary art from the Middle East and North Africa, and the role of fine art galleries in societies. Her publications include Under the Skin: Feminist Art and Art Histories from the Middle East and North Africa Today (co-edited with Ceren Özpinar) published by The British Academy and Oxford University Press, 2020; invited chapters with the British Museum (2019); journal articles published in Cultural & Social History (2018) and Women Studies (2015); and her new book is entitled French Women Orientalist Artists, 1861-1956: Cross-Cultural Contacts and Depictions of Difference, Routledge New York, June 2021. See more details here

Keynote: Dr Leonor de Oliveira is an art historian and curator. She is an integrated researcher from the Institute of Art History, Universidade NOVA de Lisboa, Portugal. Her research centres on the transcultural exchanges between Portugal and Britain, the intersection between creativity and political engagement, and more recently, on women’s creativity and civic agency in post-revolutionary Portugal. Her post-doctoral investigation was based at the Institute of Art History and The Courtauld Institute of Art, London. She has been involved in curatorial projects since 2014, having collaborated with Casa das Histórias Paula Rego (House of Stories Paula Rego) and Calouste Gulbenkian Foundation. With regard to the former institution, she curated with Catarina Alfaro the exhibitions Paula Rego: Order and Chaos (2014), which presented for the first time an overview of Rego’s early work and highlighted its political contents, and Paula Rego: Folk Tales and Fairy Tales (2017). She is the author of the monograph Portuguese Artists in London: Shaping Identities in Post-War Europe (Routledge, 2020).

Christina Kennedy is Senior Curator: Head of Collections at the Irish Museum of Modern Art (IMMA) since 2008. Prior to that she was Head of Exhibitions at Dublin City Gallery the Hugh Lane (DCGHL) for 10 years. She is Lead Curator of IMMA Collection: Freud Project, 2016-2021 with its programme of exhibitions and displays including: ); Chantal Joffe The Painter’s Mother : Lucie and Daryll in the context of the IMMA Collection: Freud Project, 2021; Life Above Everything: Lucian Freud and Jack B.Yeats co-curated with David Dawson, 2019-2020; with Catherine Lampert she has co-curated for IMMA Paula Rego: Obedience and Defiance 2020 (organised by MK Gallery UK and SNGMA She is currently working on the Collections programmes for IMMA’s 30th Birthday, 2021-2022. She has curated and co-curated many exhibitions, edited publications and contributed texts to numerous catalogues including IMMA Collection: Freud Project, 2016; Life Above Everything: Lucian Freud and Jack B.Yeats, 2019; Patrick Scott: Image, Space, Light, IMMA 2014; Changing States: Contemporary Irish Art & Francis Bacon’s Studio, Bozar Centre for Fine Arts, Brussels, co-curator, 2013; ; Art as Argument : Brian O’Doherty and the Novak O’Doherty Collection, Kunstmuseum Bayreuth, 2013; Hello Sam by Brian O’Doherty, National Gallery of Ireland as part of Dublin Contemporary, 2011; Postwar American Art: the Novak/O’Doherty Collection, IMMA 2010; The Moderns: The Arts in Ireland from 1900s – 1970s, IMMA, 2010-2011; The Burial of Patrick Ireland, IMMA, 2008; Beyond the White Cube: A Retrospective of Brian O’Doherty/Patrick Ireland, DCGHL, 2006; The Studio, co-curated with Jens Hoffmann, DCGHL, 2007; Tacita Dean, DCGHL, 2007.

Sandra Johnston has been active internationally as an artist since 1992 in the field of site-responsive enquiry into ‘contested spaces’ working predominantly through performance art, video/audio installations and drawing. Johnston’s artworks involve exploring the aftermath of trauma through unique acts of commemoration that exist as forms of live testimony. She has held several teaching and research posts including, an AHRC Research Fellowship (2002-2005) at the Ulster University in Belfast, investigating issues of ‘trauma of place’, followed by a lecturer post at UU held until 2012. In 2007 her research into embodied and temporal approaches to commemoration was recognised through being awarded the ‘Ré Soupault’ Guest Professorship at the Bauhaus University, Weimar. Currently, she is a Senior Lecturer at Northumbria University, England. In 2013, Johnston published her Ph.D. research project entitled, Beyond Reasonable Doubt: An Investigation into Concepts of Doubt, Risk and Testimony Explored Through Consideration of Performance Art Processes in Relation to Systems of Legal Justice (LIT, Germany). Frequently, her work emerges through intensive collaborative relationships, including two distinctive bodies of work developed with artists Alastair MacLennan and Dominic Thorpe. This interest in collective creativity extends outwards to a long-term involvement in the furtherance of creative networks, including the development of artist-run collectives in Belfast, namely: Catalyst Arts (1993-95) & Beyond (2002-ongoing). See more details here

Maggie O’Neil is Professor of Sociology and Criminology, at University College Cork, Head of the Department of Sociology & Criminology and a member of the Centre for the Study of the Moral Foundations of Economy and Society. Before joining UCC O’Neil was Chair in Sociology & Criminology in the Department of Sociology at the University of York, and Professor in Criminology at the University of Durham and Principal of Ustinov College. She describes herself as an inter-disciplinary scholar. Her PhD in Sociology explored the transformative possibilities for conducting feminist participatory action research with sex workers and was awarded in 1996. The majority of the empirical research conducted uses participatory action research, ethnographic and biographical methods and participatory arts. O’Neil has a long history of working with artists and community groups to conduct arts based research-working together to create change; social justice is at the core of her work. See more details here

Programmed in the context of the exhibition Paula Rego, Obedience and Defiance, this live talk marks the first retrospective of Paula Rego’s work to be held in Ireland. The exhibition spans over 50 years of her international career, from the 1960s to the 2010s. Rego trained at the Slade School of Fine Art and has lived in London since the early 1970s.

A Conversation from the Rego Studio with Nick Willing & Catherine Lampert 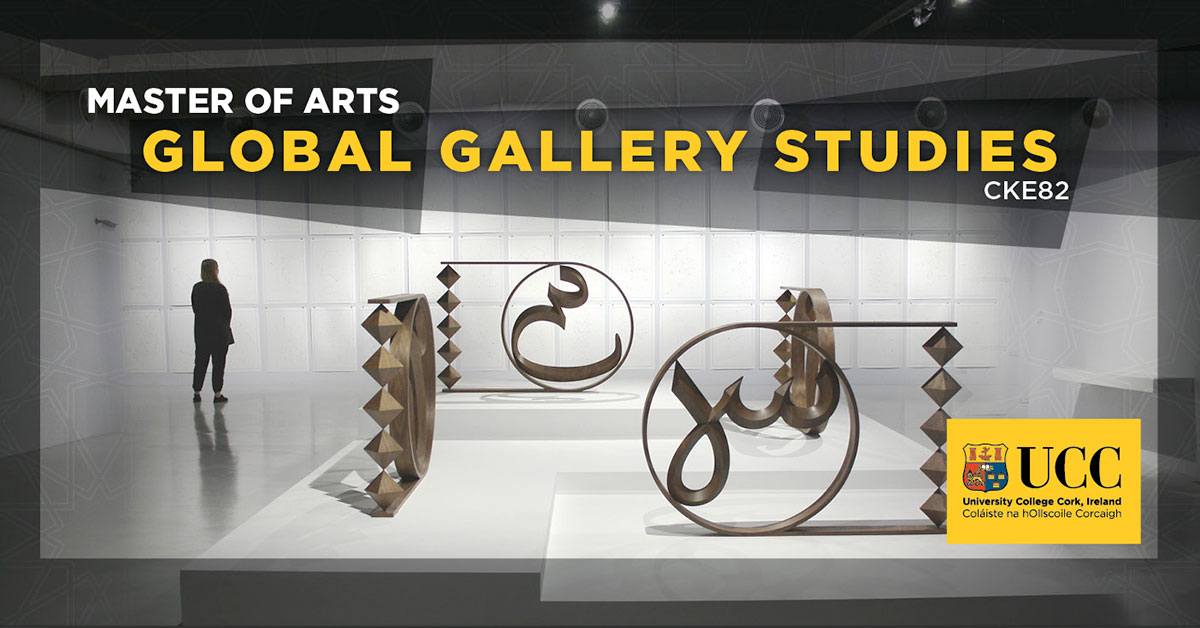