Join us to celebrate the launch of a new series of prints, Ceithre Fhuinneog As Leabhar Bhaile an Mhóta/Four Windows from the Book of Ballymote, by the artist Shane Cullen in association with Stoney Road Press with guest speaker Luke Gibbons.

Join us to celebrate the launch of a new series of prints, Ceithre Fhuinneog As Leabhar Bhaile an Mhóta/Four Windows from the Book of Ballymote, by the artist Shane Cullen in association with Stoney Road Press. These prints will be on view and launched by Luke Gibbons, academic and author of Joyce’s Ghosts: Ireland, Modernism and Memory, published by Edinburgh University Press. To mark the launch Gibbons presents a response titled, Ogham Truths: On Shane Cullen’s Windows.

The project Ceithhre Fhuinneog/Four Windows references one of Ireland’s most famous Gaelic manuscripts The Book of Ballymote, one of the most significant cultural artefacts associated with the West of Ireland. The original book comprises over five hundred pages and includes numerous old and middle Irish texts. In this unique set of prints Cullen interprets and animates its esoteric forms and markings to create four contemporary prints, drawing from an ancient lineage.

Shane Cullen has a special interest in language, the power of its visual depiction and what may be communicated via transcription. This interest drew him to that part of the manuscript that sets out a treatise and diagrams dealing with the Ogham alphabet and to the section known as the poet’s primer reflecting on the role and the profession of the poet.

The four prints in this new box set reveal their origins, but they are compelling in their own right; specific strokes and glyphs recall the transition between Ogham and early Gaelic lettering; Cullen goes beyond his source, stripping back his own visual range and palette, bringing our attention back to essentials; circle, square, rectangle,  line, colour and  the form of ancient letters. He enlarges and intensifies, the result is a set of prints with both an abstract and contemporary character, that resonates in the present while echoing the past.

Shane Cullen is an Irish artist who lives and works in Co. Sligo. He is a native of Longford and he has also lived in the Liberties, in the heart of old Dublin. At present his home and studio are located in Kilmactranny, North Sligo, a small townland rich in legend and history and associated with the Tuatha de Danaan and Douglas Hyde, first President of Ireland and founder of the Gaelic League.

His work is characterised by a strong interest in politics, history and heritage. The representation of text and language has been consistent in his artwork to date. While some of his best known work is of a monumental scale (Fragmens sur Les Institutions IV, 1992-1996) and the Agreement (1998-2002). He has also consistently produced smaller drawings, paintings and sculptures where he has looked at the potential of language to tap into an ancient consciousness and connection with our past.

Cullen’s work and projects have earned him numerous accolades and awards over the years: In 1996 he represented Ireland at the world’s most prestigious art fair, the Venice Biennale. His historic and controversial work Fragmens sur les Institutions Republicaines Francaises is in the IMMA Collection. His sculptural reliefs celebrating Brian Merriman’s Midnight Court/Cuirt an Mheán Oíche are owned by the OPW and displayed in Áras an Uachtaráin, home of the President of Ireland. Located in Moore Street, Dublin is Cullen’s much loved, wall mounted commemorative plaque reminds passers by of the heroic role played by the O’ Rahilly in the 1916 rebellion, encapsulating in bronze the last words written by the hero to his wife as he lay wounded in a doorway before his death.

Music in the Courtyard

The Narrow Gate of the Here-and-Now: Protest and Conflict

The Narrow Gate of the Here-and-Now: Curator's Talk Series 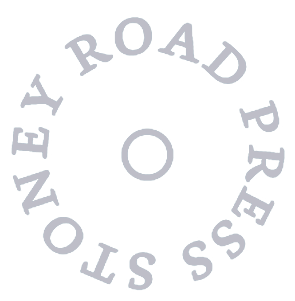