Julie Daniel is a graduate of Literature and Linguistics from the University of Caen, France. She is currently a DCU PhD candidate and a SALIS scholarship holder. Her research focuses on storytelling in a non-formal setting as a means to promote social inclusion for forced migrants. Julie is also the coordinator of the DCU University of Sanctuary Mellie programme. By Julie Daniel
Sun Feb 28th, 2021 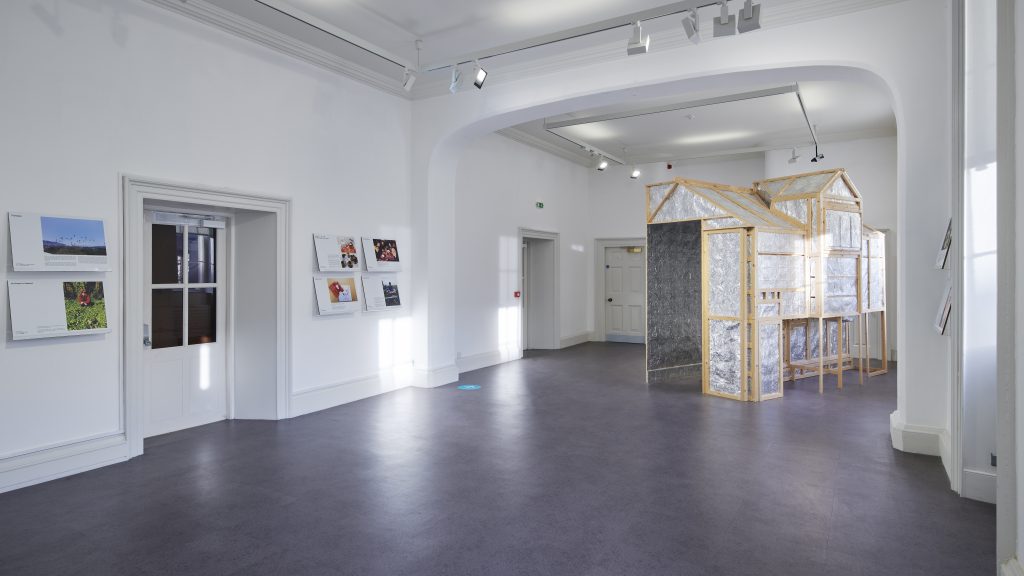 In association with the Visual Voices Project 2021 presented at IMMA, we invited Julie Daniel, the coordinator of the DCU University of Sanctuary Mellie programme with Veronica Crosbie, to share her insights into the rich history of philosophical thinking that shapes the value and importance of Hospitality in our lives. Spanning ideas of Hospitality from Ancient Greeks to more recent propositions by Jacques Derrida, Daniel explains how her PHD research informs her work as workshop facilitator of The Mellie programme at DCU/ Visual Voices. Read more about this collaborative storytelling project, now in its fourth year, and what we can learn from the programme’s core objectives – ‘ to promote cultural integration for residents in Direct Provision, driven by the very notion and act of hospitality, welcome and sanctuary’  a practice much needed in these challenging times.

“اعتبر البيت بيتك” “Faites comme chez vous”, “Mi casa es su casa” : “Make yourself at home”. This is a banal invitation, a phrase often uttered without thinking twice about it, familiar to all. It conveys notions of hospitality and, as such, is a common human experience, to be found in all cultures alike. Hospitality contains offers of food and drink or a shelter for the night and accounts of this practice have populated narratives since time immemorial.

Ancient Greeks called the act of hospitality ‘xenia’, a type of transaction between the host, offering hospitality, and the guest, who often comes bearing gifts in exchange. Xenia can be translated as ‘guest-friendship’. It was seen as a fundamental and sacred interaction, as one could never know which god in disguise would come knocking at the door. Indeed, there is no word in ancient Greek to make a distinction between the host and the guest, both are called xenos as it is understood that, like two sides of the same coin, they are both bound by the relationship of hospitality.

The practice of hospitality is tightly linked with migration; the Bulgarian philosopher Tzvetan Todorov once said, ‘unlike trees which have roots, humans have legs’. As humans have always been on the move, in search of new horizons, stories of encounters between those who seek asylum (guests) and those who are asked to provide it (hosts) are everywhere, from Homer’s epics to Virgil’s Aeneid, from the tablets of Abraham to the Qur’an, the sacred scripture of Islam. Inevitably, accounts of these encounters always imply a duty to protect and attend to the needs of the stranger and to show sociability and solidarity.

It is similarly expected of the newcomer to respect the integrity of the customs and traditions of the host society; any failure to respect the transcendental bind of hospitality is depicted as bearing catastrophic consequences, like that of the famously tragic destiny of Oedipus who unknowingly commits both incest and patricide as his family is cursed for his father’s ignorance of the laws of xenia. In this way, such an initial tacit agreement of mutual respect binds both the host and the guest to a two-way relationship. Like any other human matter, it is both complex and chaotic at times.

It is not uncommon to find tensions or a reciprocal sense of unsettlement and de-rootedness among both the newcomers and the host society. The figure of the stranger, in all its possible disguises, can be upsetting, challenging the existing order as it arrives posing questions. To be hospitable requires constant negotiation, which, in order to be successful, involves a deep and reciprocal understanding by both parties involved.

The French philosopher, Jacques Derrida, writes that hospitality can only be known through practice. He compares it to the crossing of thresholds (‘seuils’) such as those between the self and the other, the inside and the outside, the personal and the public, and between ethics and politics. Derrida sees the act of hospitality as an ‘interruption of the self’ because in order to be hospitable and to let the new one in, the host must ‘give place’ to the new arrivant which requires a re-negotiation of one’s own identity, taking account of the identity of the guest as well.

In December 2016, Dublin City University became the first Irish University to receive the designation ‘University of Sanctuary’[1], in acknowledgement of its strong commitment to creating a culture of welcome for refugees and international protection applicants within its community. The Mellie programme[2], a collaborative storytelling project, which is now in its fourth year, was set up with the main objective to promote integration, which is seen here as an act of hospitality. Pairing-up DCU students and staff with residents in Direct Provision, it was designed for participants to exchange and co-write their life stories, with a focus on their hopes, aspirations and experiences in common rather than on the more ubiquitous traumatic and sensational stories of migration found in the media. Using a photovoice methodology which links photographs with texts, the collaborative work produced by participants transcends differences of language and culture to display a common narrative of human experience.

In the context of forced migration, hospitality is sometimes perceived solely as an act of kindness towards those who have suffered from traumatic situations, where guilt and responsibilities for their need and care is taken on by the host society, with good intentions but underpinned by its own values. The Mellie project wishes instead to take a more democratic turn, where hospitality is understood as a recovery of agency. Hannah Arendt defines the human condition as the need to take part in society. She advocates the right for all to speak and act in the public space. The Mellie project considers hospitality as an invitation to the newcomer to enter and integrate within the receiving society’s public space on an equitable basis with the host. IMMA’s invitation to exhibit the participants’ work in its galleries is in itself such a gesture of hospitality.

In the course of the project, Mellie participants work in collaboration towards a common creative goal, and through a process of reciprocity, in which they share and re-tell their partners’ stories, they reach a better understanding of each other’s lives. The forty panels presented in the exhibition are forty stories of hospitality; each allowing for a better understanding of one other’s insight and culture. ‘No man is an island’ wrote John Donne. The words displayed by the Mellie participants are an echo of Donne’s dictum. They are a reminder that behind divisions, based on cultural and linguistic differences, humans are social beings who share a deeply interconnected universe. It would be insanity to think of one’s own destiny as separate from the other’s. The Mellie stories are an example of hospitality: as the delicate process by which we learn how to meet another at a point of shared experience to no longer see in the other a stranger, but a human being, just like ourselves.

To learn more about Derrida and hospitality click here.

The Green Journal: New arrivals at the Green Cube 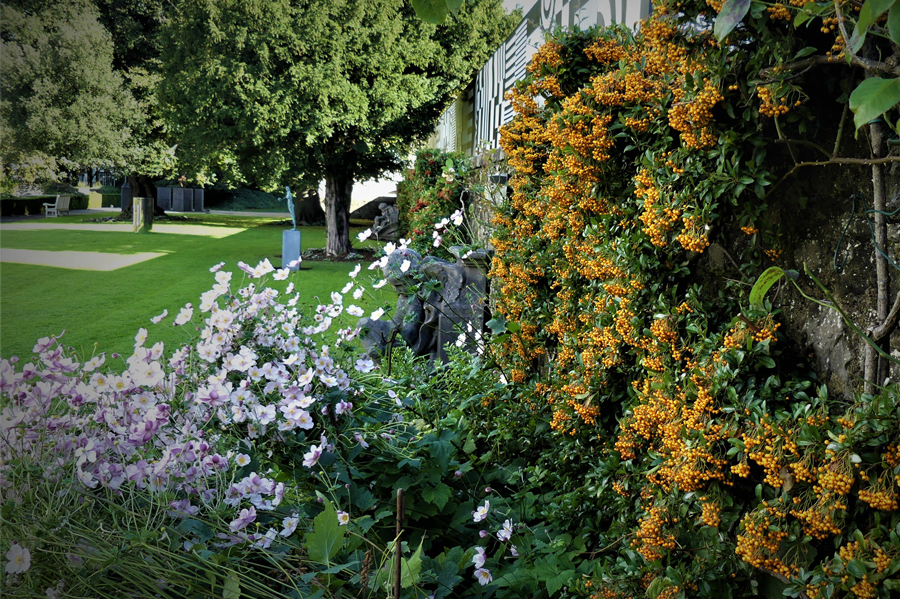