Slow Looking & Porous Links in The Ethics of Scrutiny

Sue Rainsford is a writer and researcher based in Dublin. In October 2017, she commenced the IMMA Collection: Freud Project Residency at IMMA with Bridget O’Gorman, where they collaborated to respond to Lucian Freud’s assertion ‘I want the paint to feel like flesh’. Her debut novel, Follow Me To Ground, is available from New Island Books, and she was recently awarded a fellowship at The MacDowell Colony, New Hampshire. By Sue Rainsford
Fri Aug 24th, 2018 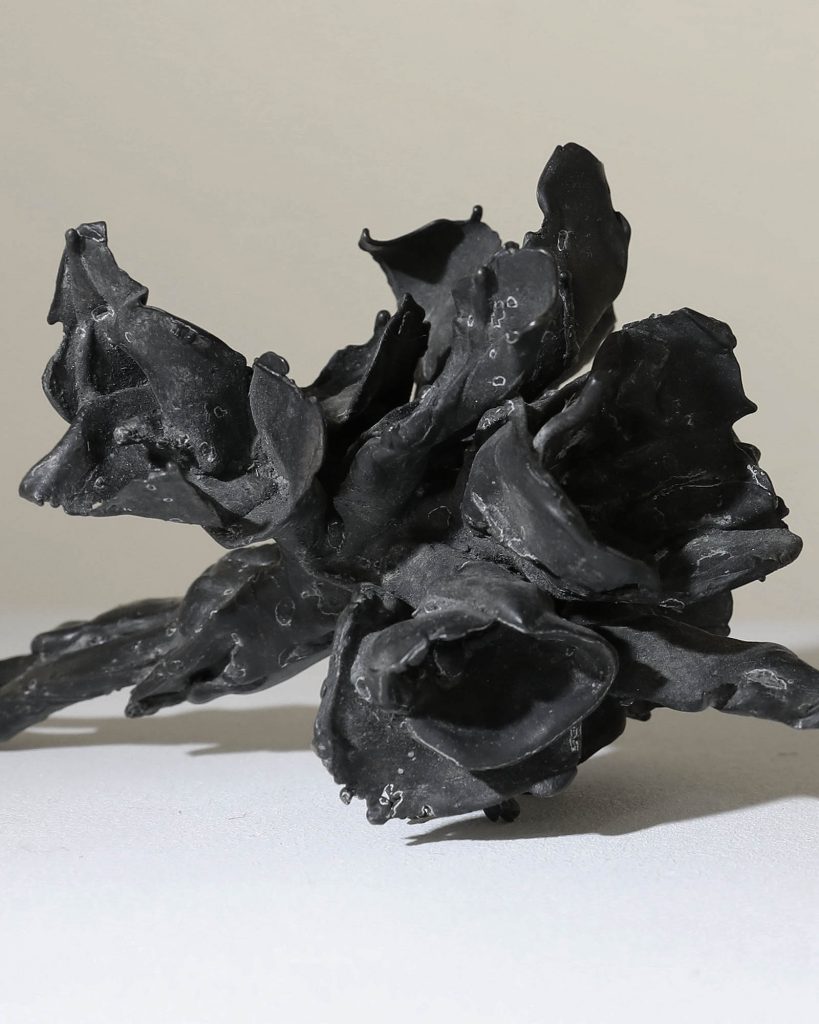 IMMA invited artist Daphne Wright to curate a new exhibition from the IMMA Collection: Freud Project. The resulting exhibition – The Ethics of Scrutiny – takes aspects of Freud’s intimate studio practice as a starting point to explore themes of vulnerability, longing and loss that permeate the painter’s work, while also looking to the works of other artists who address on a wider scale the complexities of representation. Works by Lucian Freud are exhibited alongside work by other artists including Emily Dickinson, Sigmund Freud, Marlene Dumas and John Berger.

Daphne: I think art has resisted ethics, and questions of ethics. Probably for reasons of censorship: we pride the arts as being more liberal. What I was thinking about with the show was the ethics of looking, the ethics of the gaze and visual inquiry, and I think at the moment these are questions that are really culturally prevalent: who’s allowed look at who?

With my own work, I think about the difference between scrutiny and examination: as art students, we’re provoked to look and to question, but then where’s the boundary? When have you gone across it?

I’ve questioned boundaries before. I made a piece called Primate (2009), a life-cast from a macaque primate that had been used in research, and there were so many restrictions involved in order to access and cast the body for a day – so many different levels of ethics involved in reproducing this primate. I thought, where are the boundaries about looking at this animal that’s already been examined scientifically? I ask those questions all the time in my work, and that’s something I recognise in Freud; he was always questioning and testing the boundaries.

Sue: It’s interesting to think of Freud as testing boundaries, rather than knowing what the boundaries were and zealously crossing them.

Daphne: I think Sigmund Freud dissecting the eels was a kind of testing, and then he was testing all the time through psychoanalysis. This is exactly the same as what Lucian Freud did: testing, sounding out… I think he wasn’t as bravado as people think.

Sue: Freud’s biography has always played a prominent role, and can lead to quite circular conversations. His biography doesn’t dominate in The Ethics of Scrutiny, but it isn’t quarantined either, it’s one of several strands that are open and porous. Could you elaborate a bit on how you conducted your research, what links these strands and keeps them open?

Daphne: I seem to be on a quest all the time, and once I began to look at Freud I took the same approach to him as I would to any kind of quest; I just read everything I could find, to try and locate him.

Some of the connections are intuition, others are buried pieces of information that came alive. I think my approach is a mad dash of curiosity and inquiry, and then the rest is intuitive and emotional; sometimes they’re like backlashes against what I’ve read, dashes of curiosity in other directions.

I think links are strange: what forms them is a multitude of things.

Sue: I thought the Wiebke Siem piece in this exhibition was such an expansive juxtaposition: the element of gender fluidity and performativity it introduces by referencing body masks, rituals where men use carved wooden pieces to dress up as female. It really complements Freud’s painterly analysis of ‘gendered flesh’.

Daphne: Yes, the reason I put Siem in this room with the Freud portrait (Woman in a Butterfly Jersey) is because, to me, the sitter could be male or female, and Siem looks at rituals of gender masquerading – of men wearing female masks and female body armour. She takes on the body, the outer body.

There’s a piece by Pauline Cummins, Inis t’Oírr: Aran Dance, that will be in the next show (IMMA Collection: Freud Project, Gaze), a piece where she looks at the body of a man wrapped in an Aran sweater from a female point of view. We discussed this work a lot, it had a big impact on me as a student, though in the end I decided not to use it because of logistics.

Sue: Did anything else come to the fore at the physical stage of installing?

Daphne: I struggled with the Alice Neel and the Marlene Dumas room, because the issues were really hard to deal with – the juxtapositions and how to handle them carefully.

Daphne: Yes. That room is so much about how to see and who’s allowed to see – these questions make the whole show quite hard to contain. Some of the issues are like starting points, and you could take any one of those lines and expand them into a full show.

Sue: So the individual pieces signify all the different avenues that you could go down with Freud and the idea of an ethics of scrutiny? Rather than create a single, quantifiable conversation that’s happening in the space?

Daphne: Yes. They’re like suggested starting points. I think with shows we sometimes go into galleries as consumers; we expect to leave having consumed. I think it’s very hard now make a show that doesn’t satisfy; that suggests you have to move very slowly. I think that’s such an important thing for us as viewers. And with Freud, the issues are so contentious and so problematic, they have to be consumed and considered slowly.

Sue: I suppose we now have a culture where reactivity is really prized, and linked to a very vibrant form of vocality or self-expression.

Daphne: I think there’s definitely been a change that has made way for an aggressive, consuming way of being.

Sue: I know the Habsburg Empire at Vienna was an important research point for you: a forward thinking culture that was thwarted. Do you think, if it had been allowed to thrive and not obliterated by the Nazi regime, that how we deal with one another and look at one another would be substantively different today?

Daphne: Whether that would have become a dominant culture or not I don’t know, but I think the pivotal thing about it was its approach to education and how nurturing it was… If it had become dominant I think we’d be in a totally different place. Maybe not, but I do think that a diverse culture and diverse links all feed into how we look to the future and to each other.

Sue: How do you see the show operating as one of multiple iterations of the Freud Project over the five year period at IMMA?

Daphne: I think the first exhibition was a strong showing of the collection that’s in Ireland. I think mine was a dismantling of it, and I would hope it’s opened and suggested different avenues. It’s not just about Freud and his painting, it’s about everything else that surrounds it, and him in context.

Looking at the return to figuration in contemporary art practice, Altfest is one of several artists invited to respond on the affinities and influences that contemporary artists continue to share with Freud. 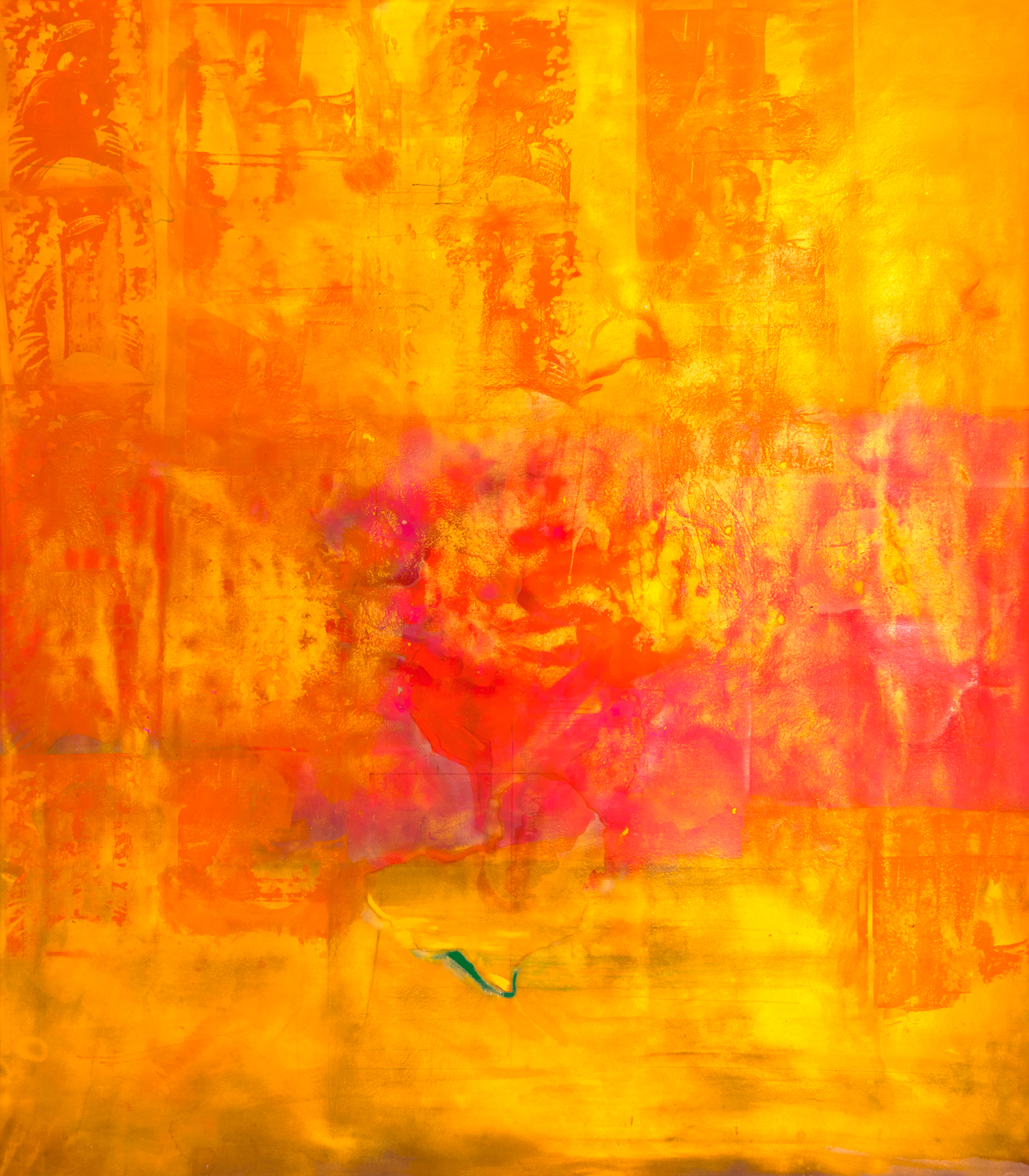 Now showing at IMMA are two of the greatest painters of the 20th century, Frank Bowling and Lucian Freud. We invited Dr Nathan O'Donnell, currently IRC Enterprise Postdoctoral Research Fellow in connection with the IMMA Collection: Freud Project, to write on the relationship between Lucian Freud and Frank Bowling. When Frank Bowling started out on his career as an artist in London – a recent graduate of the Royal College of Art, originally from British Guiana – he was given early encouragement by the already well-established older painter Lucian Freud. Bowling’s graduating year included David Hockney and R.B. Kitaj, who coined the term ‘the School of London’ to describe the cross-generational milieu of painters and sculptors operating in the city at this time, a network of mostly-figurative artists who, according to Kitaj (and many commentators since), shared much in common. Freud and Bowling would have interacted socially as well as professionally, not least at certain pubs and nightclubs they both frequented, including – for many years a principal haunt of Bowling’s – the King’s Arms on Fulham Road, not far from the RCA, known to all colloquially as ‘Finch’s’. Bowling’s early work, like Freud’s, was figurative. ‘He'd go out of his way to encourage me’, Bowling said o...
Manage Cookie Consent
By clicking “Accept Cookies”, you agree to the storing of cookies on your device to enhance site functionality and analyse site usage.
Manage options Manage services Manage vendors Read more about these purposes
Cookie Settings
{title} {title} {title}