Sarah Allen is a curator at Tate Modern. She has led on curating the major touring survey Zanele Muholi (2020) and is currently working on a retrospective of work by Sophie Taeuber-Arp and the Turbine Hall Commission 2022. Allen has also curated or co-curated Shape of Light 100 Years of Photography and Abstract Art (2018), Nan Goldin (2019) and Irving Penn (2019).  By Sarah Allen
Thu Mar 25th, 2021 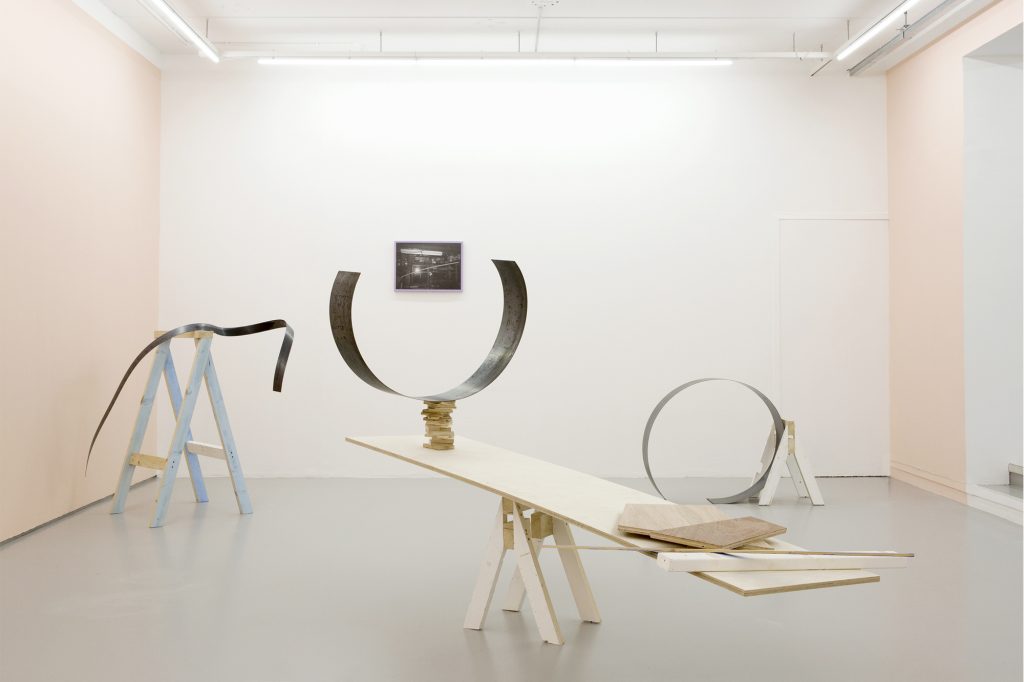 Jan McCullough is the recipient of IMMA’s Photography Residency Award which commenced January 2020, offering an opportunity to undertake two formal residencies: one at IMMA and the other in partnership with the internationally renowned Light Work in Syracuse, New York. The award included a third peripatetic residency supporting self-initiated international research journeys as proposed by the artist. In early 2020 McCullough went to the USA to take a deeper dive in to the rituals and rhythms of the DIY processes we use to construct and imagine ourselves. Visiting workshops, businesses and meeting with self-improvement initiatives McCullough connected with sub-cultures of collective and creative thinking.

McCullough returned to IMMA’s Residency where these accumulative experiences shifted her work significantly. In her IMMA studio McCullough pushed her photography and research further in to 3D form. As the world came to a standstill in March 2020 a second journey to the USA was put on hold, along with a residency with Light Work scheduled for May 2020. Since then Light Work successfully re-instated international online residencies, with McCullough completing a remote one-month residency in February 2021. Jan McCullough will return to IMMA later this year to resume the final stage of this expanded residency award.

Below Sarah Allen interviews Jan McCullough about the role of photography in her work, what informs her methodology with the artform, how her practice has evolved with recent opportunities and events, and what’s next.

Photography is often a starting point in your work, and I know the camera’s capacity as a research tool is central. Could you speak about how the role of photography has evolved in your practice?

Photography is the backbone of my work, though it’s not always the end point in my process. Recently it has played a more fluid role – as source material, becoming reconfigured into more sculptural and three-dimensional forms. I’m interested in the instructional quality of photography–it can represent how an object or space should ‘ideally’ look (e.g. in instruction manuals) or how it can prescribe a certain way of viewing, through chosen framing. I think there’s a really fascinating relationship between photography and sculpture… the physicality of it – the camera can visually dissect a space, reconfiguring forms within it. I often do this physically too, through photographic collage – in preparation for building into 3D forms.

I’ve always used my own photographs in scrapbooks and sketchbooks in a tactile way as part of my process …photocopying, cutting up, gluing together or painting over – making new configurations within the images. Recently I realised I had built up an evolving archive of images from spaces of ‘construction’ that I kept returning to photograph, such as hardware shops, garages, sheds and factory floors. During lockdown I took the scrapbooks with these ‘reconfigured’ photographs and started to physically construct the flat images inside them for the first time.

What is it that interests you about these ‘spaces of construction’?

The role of photography within the DIY / self-improvement culture fascinates me – how we use it to construct and imagine ourselves. I have previously documented ‘spaces’ generated by DIY activities, where the photographic image acts as an interface between the private and public performances of desire, such as in Home Instruction Manual (2014-2016), where I made and documented a home ‘from scratch’, using advice from strangers on the internet. Photography encircles and shapes us whether we like it or not, through advertising, television, online…a better life has been commodified to be bought and built. But what does it look like to ‘build’ a life when desires are shaped by advertising and the photographic image?  And what do the spaces [in which these processes become physical] look like?

I also love how you have previously described the ‘rituals and rhythms’ that take place in these spaces and I’m interested in that sense of play that comes across in your installations. For example, Tricks of the Trade (2020) sees the functional object – a worktable or scaffolding – losing its function – becoming an absurd object and the installation on a whole wonderfully evokes a playground.

There is a childlike curiosity in entering into a space of construction which is not your own – like stepping into a temporary world or someone else’s den. When making Tricks of the Trade, (an installation of structures, sculptures and photographs exploring spaces of construction opened in November 2020 and runs until 1 May 2021 at The Centre for Contemporary Art CCA in Derry/Londonderry), I was thinking about the sensation in these spaces and how the materials and assemblages often seem to develop a language or life of their own. While I had brought materials to use and photographs as ‘notes’, the building of the structures themselves took part solely in the gallery in an ‘ad hoc’ way which responded to the space, like how the photographs were collaged and reconfigured in the scrapbooks at the start of my process. The structures in the gallery are three-dimensional translations of (sections of) my photographs… transformed / physically constructed into the space. There was a playfulness to the materials themselves that I wanted to let evolve during the installation in CCA.

And that sense of play is also activated by how the viewer interacts with the installation, correct?

Yes – for me the installation is only half visual, it’s also the smell and experience of the materials themselves – the wood, metal, paint and oil. I’m fascinated with how photography can encounter and transform built space. I wanted to build sections of the installation to guide the viewer to different planes of view and ways of navigating it – like when I’m using a camera; where I position my body translates directly to the image frame. They might have duck under or climb through parts of the structures. To interact with materials in this way is quite childlike.

In the past you have mentioned your interest in the camera’s capacity to ‘make strange’ –a concept that has such a rich history within avant-garde photography. I also find it interesting that you have spoken in the past of how the camera’s mechanical function is the very means through which it ‘makes strange’ through flash, zoom, framing and different angles – again something pioneered by avant-gardes like Moholy-Nagy who embraced the camera’s mechanical eye to see the world anew. It’s interesting to consider within the context of your work in which you create 3D sculpture inspired by the language of photographic process such as flash etc….

Definitely – the camera by its very nature makes our world strange. The photograph is always a slice of a larger picture, a subjective abstraction of reality. When photographing I often work with a powerful flash, which singles out details from the surrounding environment – dissecting and sometimes reducing individual features to outlines. I like using the photograph as a tool not simply for representing objects and spaces, but for reconfiguring their form and function as well – as a source of shapes and forms to be further transformed in later stages of work.

I love the research images of materials (and their transformation later as paintings) in Paul Nash’s work (eg. Still Life on Car Roof (1934) and Maurice Broomfield’s photographs of factory workers from the 50’s and 60’s. Also, the more functional/utilitarian use of photography (as you say, embracing the camera’s mechanical eye) – like in Bernd and Hilla Becher’s ‘Pennsylvania Coal Mine Tipples’ (1974 – 1978) and the manual ‘Instant Furniture’ (Peter S Stamberg / The Globus Brothers, 1976).

I love the reference to Broomfield as well as Nash. There was an excellent exhibition of Broomfield’s work I saw not so long ago in Derby – the factory floor, but not as we know it! The works is so theatrical and glamorous. What is it in particular that interests you about these images?

Broomfield’s images are highly staged and lit, and the working environments within them look lush and shiny; completely the opposite of how I would have imagined them. But of course, his photographs weren’t ‘documentary’, instead commissioned by industrial corporations for promotional use… hence the machinery and workers poised picture-perfect and polished for his camera. I read that he once repainted a whole section of a factory in preparation for an image! The photographic staging looks so surreal within those environments…

I love the idea of repainting a section of the factory to prep for a shoot – a time before photoshop! I’m also interested in the role text plays in your work, it featured in one of your first bodies of work Home Instruction Manual (2014-2016) and more recently you have commissioned the author Wendy Erskine to write about your work…

I often work with DIY manuals and procedures for organising as part of my process – where images are printed alongside written commands. When making Tricks of the Trade, I knew I would have to provide a brief text for the viewer but didn’t want to prescribe an experience of the work– I wanted the text to have a life of its own, like the materials themselves. For Wendy’s text which is titled ‘Instructions for the Assembly of Workspace’ I posted her a small package of materials from my studio such as photographs of ladders, worktables, collages and a list of things I had in the studio. It formed a strange kind of menu and Wendy then wrote the text using that ‘menu’ as a point of departure. Wendy drops the reader right into their own imagined space of construction– requiring them to utilise their own tactile memory and smell.

It’s a fantastic text, recently I find myself most drawn to photobook text commissions that are creatively independent like Wendy’s, a refreshing change from deadening the work through over-interpretation. Finally, can you tell me a little more about your current work with The Light Work Residency and your future engagements with IMMA?

The Light Work Residency (in partnership with IMMA) was originally meant to be a production residency in New York, it recently took place under lockdown conditions from home. I used the time to fully immerse myself in the tactile processes that are central to my practice as part of the experimentation process for new work involving photographic and sculptural processes. It’s been great to have remote studio visits and conversations about the evolving work with the Light Work community. I’m interested to see how this period alters my processes going forward, and after working scaled-down at home, I’m excited to see how the work evolves and physically expands when I return to the studio space at IMMA later this year, in 2021.

IMMA's Head of Collections, Christina Kennedy, introduces us to The Artist's Mother, a project created in responses to the Freud Project. Inspired by Lucian Freud’s paintings of his mother, Lucie, the projec...

In association with the Visual Voices Project 2021 presented at IMMA, we invited Julie Daniel, the coordinator of the DCU University of Sanctuary Mellie programme with Veronica Crosbie, to share her insights...

Patricia Brennan, Visitor Engagement Team at IMMA and PG student at TCD, continues to engage with the art of renowned realist painter Dame Paula Rego, in an introduction to Rego’s solo exhibition Obedience a... 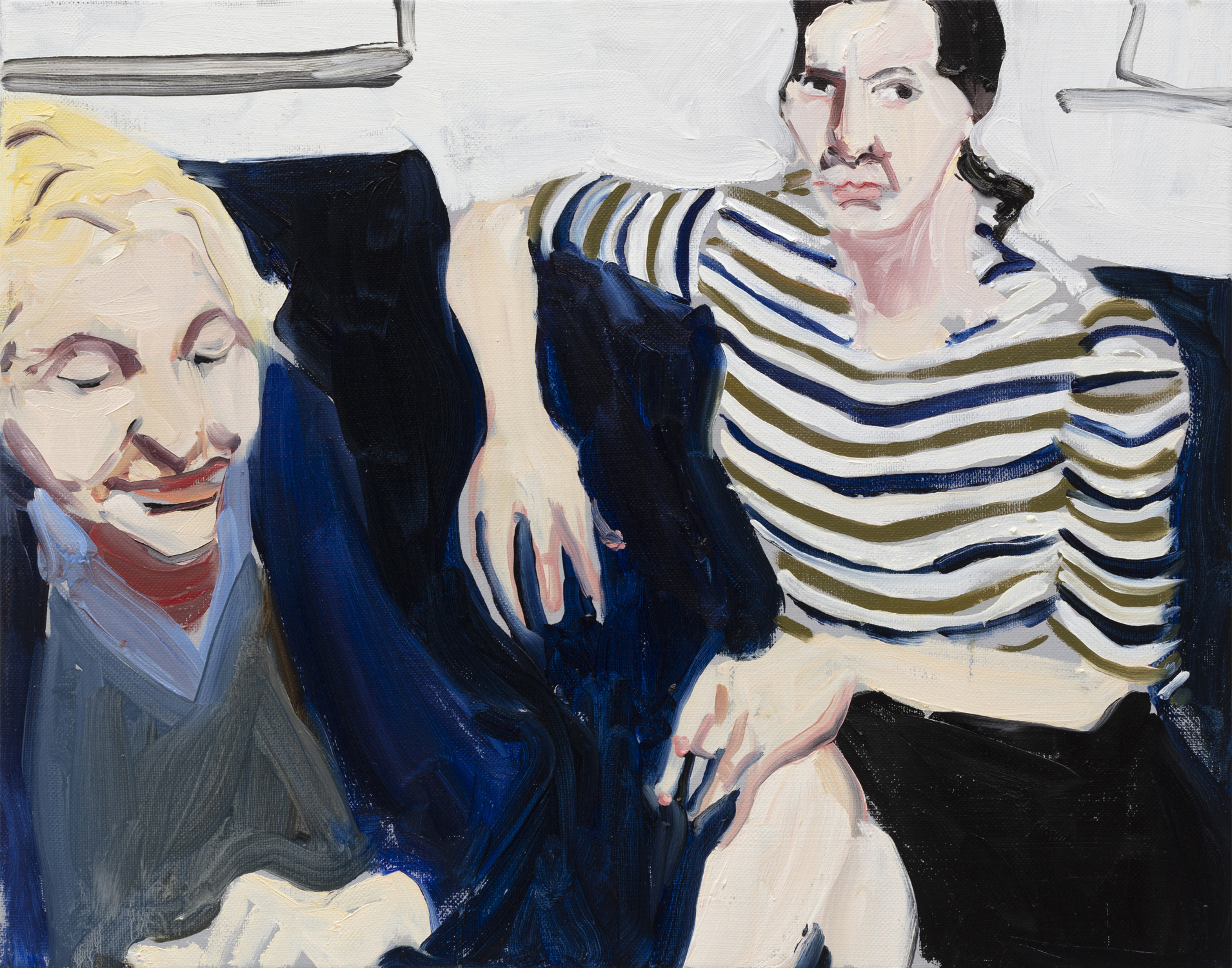