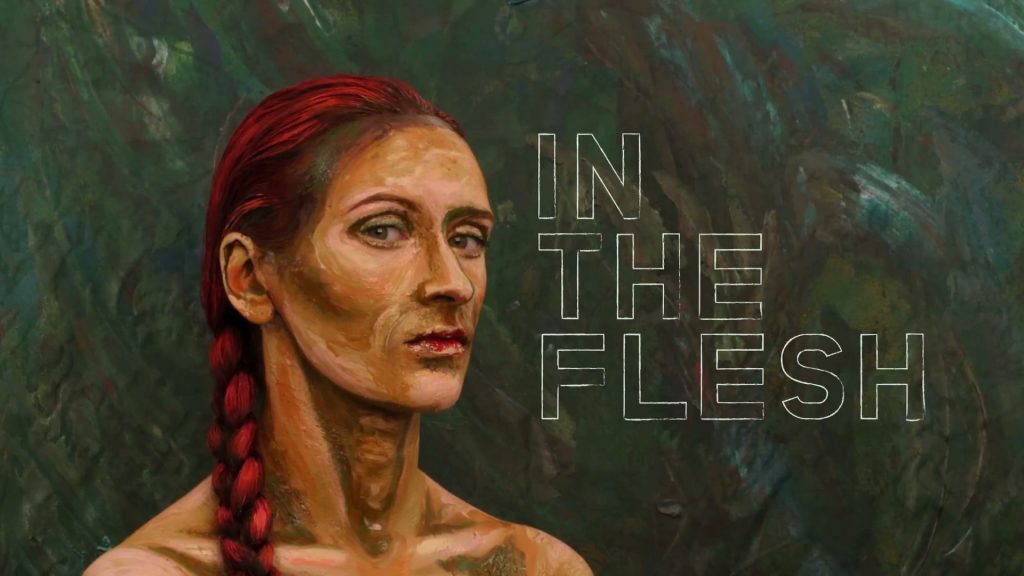 IMMA Collection: Freud Project is a landmark exhibition at the Irish Museum of Modern Art around one of the greatest realist painters of the 20th century, Lucian Freud (1922-2011). The current exhibition features a selection of 30 of the artist’s finest paintings and 20 works on paper.

To celebrate this extraordinary exhibition we asked Dublin-based advertising agency Irish International BBDO to created a 20 second advertisement for television, cinema, display, digital and social media that would capture the feeling of seeing a Freud work in the flesh. We absolutely loved the result, and hope you do to! Everything you see below was achieved in camera with NO special effects or computer generated imagery – this is a model sitting very, very still with her face brilliantly painted…with an eye-opening twist.  Don’t believe us? Read on to watch a time-lapse of the whole process.
Original 20″ Advert:

The difference between looking at Freud’s portraits on a screen or in a book or catalogue, versus seeing them ‘in the flesh’ – is profound. Rachel and myself visited the exhibition in December and our reactions differed in many respects, but we both felt that. Part of it was the physics of the paint, the depth of it. And part of it was just spending time. For me, it was only after a little while of staring and exploring, that I noticed how in every portrait the eyes were these points of quite fierce stability amongst all these swirls and eddies of withering, weathering flesh. We wanted to capture that in our ad.

Quite literally invoking people to see this work ‘in the flesh’; but also making that point on a more emotive and less literal level.

At the exhibition we read a quote from Freud, next to Man in a check cap: “As far as I’m concerned, the paint is the person. I want it to work for me just as flesh does.”

This sparked a thought with Rachel, to play with that relationship between the paint and the painted.

We were incredibly lucky to find a make-up artist here in Dublin – Caitríona Giblin – who is as good as anyone, anywhere, at achieving the effect we were after.

We are very proud of the fact that the finished work was completely achieved in camera. One take, no cheats or fixes or embellishments, no CGI tricks. This is a real model with a painted face, standing in front of a painted backdrop (also by Caitríona), and opening her eyes.

It’s a simple and hopefully resonant comment on Freud’s ability to truly connect the viewer of the portrait with the subject of the portrait, in a startling and transcendent way. Go to the exhibition and you’ll see what we mean!

Like any piece of creative work, experimentation was an important part in the making of this ad. While the general concept and story had been planned before the final shoot took place, the team saw an opportunity to play with the idea and expand it further. The result is a series of videos where one is more playful and cheeky than the last. Playful and dramatic

Freud painted from life, and usually spend a great deal of time with each subject, demanding the model’s presence even while working on the background of the portrait. His portraits depict people he was close to; friends, family, lovers, and the like as he wished to capture his subjects alongside his interactions with them, stating:

The subject matter is autobiographical, it’s all to do with hope and memory and sensuality and involvement, really..

His subjects usually recall having to devote enormous amounts of their time for an uncertain period of commitment.  Freud’s portraits could take weeks or even months to complete and required extensive dedication and focus from his subjects which sometimes led to emotional and physical discomfort. Perhaps the following take is the result of a similar experience felt by the production team (we hope not!).

Our model had excellent control over her eyebrow muscles. We were impressed.
Kiss, kiss. Wink wink.

While the production team had a lot of fun directing these different takes during filming the restrained drama of the model’s first take was ultimately the most fitting and striking moment captured on the day. Her subtle movement beautifully translates the connection a viewer can feel when standing in front of one of Lucian Freud’s portraits.

We wish to extend our sincerest gratitude to the team at Irish International BBDO  and and all the individuals who donated their time and expertise to this campaign.

We’re all familiar with the challenge that gift giving brings this time of year. The IMMA Shop has a beautiful offer with a selection of creative and unique gifts. 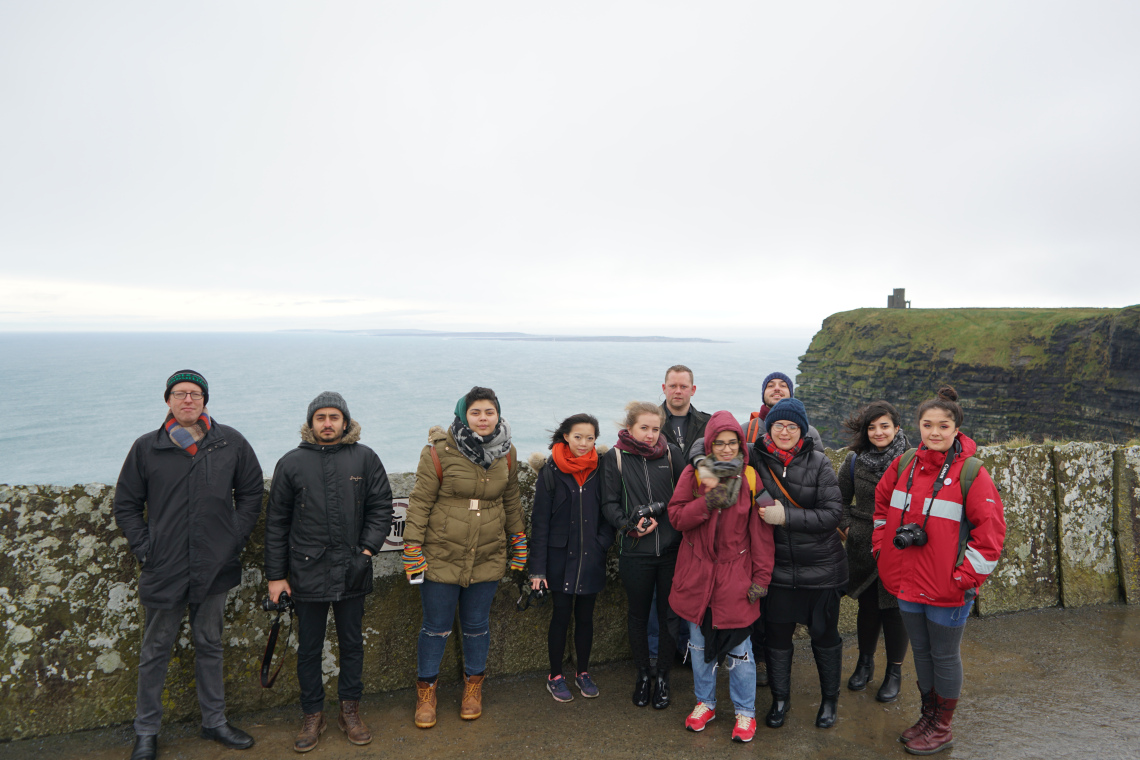 Emily Jacir's workshop group, Week 2
As we enter the final weekend of Emily Jacir’s exhibition at IMMA ‘Europa’, ending this Sunday 26 February, we hear from Emily Jacir on the second week of her workshop “To Be Determined (for Jean)” which took place during the month of January in conjunction with her exhibition. Conceived and organised by Jacir, in collaboration with IMMA, the workshop was based around a student collaboration with Jacir's students from the International Academy of Art Palestine, Ramallah and a number of Irish students. IMMA invited colleges throughout Ireland to nominate students to participate, resulting in students from Limerick School of Art and Design (LSAD); Galway-Mayo Institute of Technology, Centre for Creative Arts and Media (GMIT  CCAM); the National College of Art and Design (NCAD), Dublin and Dublin School of Creative Arts, Dublin Institute of Technology (DIT). In the second week of the workshop the students traveled to the Burren College of Art, Co. Clare where they worked with Conor McGrady and Áine Phillips. On their return to Dublin they participated in workshops by artists Gerard Byrne and Shane Cullen. Here we hear from Emily Jacir and the participants in the programme, both artists and students, on their reflections on the second week and what the workshop meant to them...
Manage Cookie Consent
By clicking “Accept Cookies”, you agree to the storing of cookies on your device to enhance site functionality and analyse site usage.
Manage options Manage services Manage vendors Read more about these purposes
Cookie Settings
{title} {title} {title}