Gravity to Michael Warren is a simple fact of life, but the manner in which he defies it with his monumental sculptures is far from simple, in spite of their spare appearance. The appropriation of a specific place, a dominant feature of late twentieth century art, by the integration of urban or rural landscapes with his sculptures, has always been Warren’s concern. The strength of his work lies in his ability to combine one or more autonomous elements in such a manner that each has its own tension, rhythm and relationship to the other, all effected with a great economy of means.

Warren feels that this sculpture should be read downwards, with all the activity happening towards the base. The bevel into the earth is optically ambivalent and the angles only become apparent when the piece is viewed from a range of positions. This sculpture is constructed from mature, native Irish oak and corten steel. Warren’s titles are often deliberately ambiguous, here the ‘bow in the title of this sculpture is an abbreviation for ‘rainbow’. Warren’s work can be found in Greece, Spain, Andorra, and Ireland.

Irish artist Michael Warren studied at Trinity College, Dublin, and the Accademia di Belle Arti di Brera, Milan. His monumental sculptures often seem to defy gravity and their strength lies in Warren’s ability to combine autonomous elements that retain their own tension and rhythm. Warren’s outdoor works are on public display worldwide. He was made a member of the Royal Hibernian Academy in 2008, and an honorary member of the Royal Institute of the Architects of Ireland in 2102. View Artist 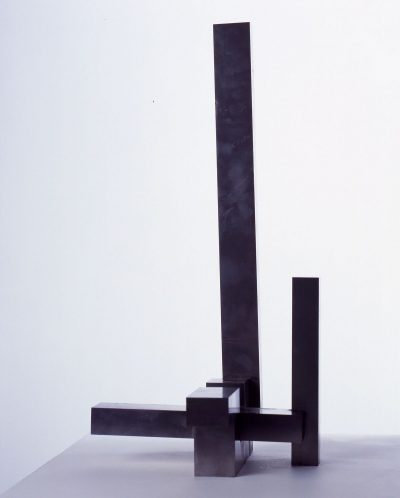 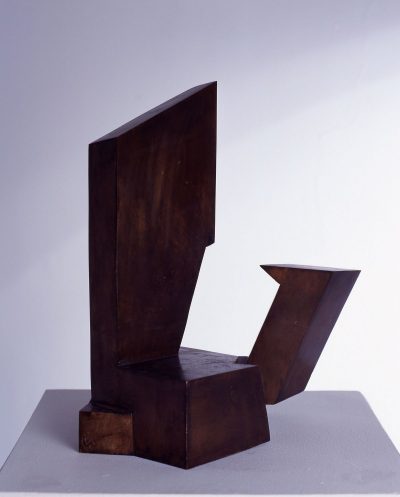