Once you have made a booking, you will receive a notification by email with information about your event. If you have general queries about attending Talks at IMMA please see our Frequently Asked Questions page below.

Programmed to coincide with closing weekend of The Long Note by Helen Cammock this round table discussion brings together an esteemed panel of practitioners whose influential work remembers the personnel and political struggles of pioneering women in social, political and cultural life across Ireland. Critical and creative processes of agitation and commemoration, comparative and diverging approaches will be explored.

Drawing on the panel’s individual projects and IMMA’s programme as a point of departure to consider important questions of debate, with regards today’s changes and challenges pertaining to feminist thinking, civil rights activism, as well as the evolving representation of women in social, political and cultural life, whether at the grassroots and/or in public life, in Ireland and Northern Ireland.

The programme also includes a complementary screening of Maeve 1981, directed by Pat Murphy. This experimental film offers a feminist alternative narrative of the Troubles in dealing with unresolved questions of the relationship between feminism, nationalism, history and myth.

The impetus for this event is the commemorative film project and this year’s Turner Prize Nominee The Long Note 2018 by artist Helen Cammock. The film-work celebrates women’s involvement in the civil rights movement in Derry in 1968, Northern Ireland and acts as a historical document that articulates the variety of political positions taken by women during the movement.

The Long Note is presented in dialogue with the major exhibition by Doris Salcedo’s Acts of Mourning that looks at the lives of those most affected by Colombia’s civil war and points to the perspective of women within wider geopolitical realities, exploring embodied histories and concepts of ‘forgetting’ and ‘memory’ in artworks.

Themes found in both exhibition’s provide a catalyst to address overlapping practices and issues regarding the role and agency of ‘remembering’ and the reoccurring nature of historical events in more recent times. Topics that are especially pertinent when set against more recent debates on borders, nationalism, Brexit and new waves of feminist activism, that has seen diverse communities and artists, mobilised for a political and civil cause.

Chair: Susan McKay is an author, journalist with the Irish Times and broadcaster from Derry in Northern Ireland, now living on the North Dublin coast. She is currently writing a book about the border between Northern Ireland and the Republic of Ireland in this pre-Brexit period. She contributes to the Irish Times, the New York Times, and takes part in broadcast debates on Irish radio and television. McKay’s work has been widely anthologized including in the Penguin Book of Great Irish Reportage (Penguin, 2013). She has won three national media awards for her writing, two for documentaries and in 2010 was named Irish Woman of the Year for her commitment to “peace, reconciliation and human rights”.

Her books have been influential in changing Irish attitudes to issues including child abuse and domestic violence, and the legacy of violent conflict. They include Sophia’s Story (Gill and MacMillan, 1998), the feminist biography of a child abuse survivor; Northern Protestants – An Unsettled People (Blackstaff, 2000), regarded as a classic of post conflict literature in Ireland; Without Fear – A History of the Dublin Rape Crisis Centre (New Island, 2005), with a preface by former President Mary Robinson; and Bear in Mind These Dead (Faber, 2007), a study of those bereaved by the Northern Ireland conflict.

One of the founders of the Belfast Rape Crisis Centre in the early 1980s, and a counselor at the organization for several years, McKay is also well known as an outspoken feminist and human rights activist. As chief executive of the National Women’s Council of Ireland from 2009 to 2012 she was a member of the government’s steering committee for the National Women’s Strategy, chaired the EU’s Irish Observatory on Violence Against Women, and highlighted the rise in domestic violence during the economic crash. McKay has a long-time interest in the arts and ran a multi-disciplinary arts centre in County Leitrim from 2016 to 2017 before returning to freelance writing.

Pat Murphy is Arts Council/UCC Film Artist in Residence at UCC and is one of Ireland’s most acclaimed and influential filmmakers “a legend in Irish film” (Donald Clarke, The Irish Times). Her early work emerged from the radical, creative upheavals which defined Hornsey and the Royal College of Art in the 1970s. Her graduate film Rituals of Memory was screened at the Hayward Gallery Film As Film exhibition. In 1977 she was awarded a scholarship to the Whitney Museum of American Art Independent Study Program. Her first feature, Maeve (BFI/RTE) won the Best Irish Film Award in Cork and was screened in Venice in 1981. Her second feature Anne Devlin (1984), also represented Ireland at many festivals. Nora (2000) an award winning, international co-production, starred Ewan McGregor and Susan Lynch. Her most recent film Tana Bana (2015), won an audience award at JDIFF Dublin International Film Festival in 2015. Pat has curated major film and seminar programmes for the Irish Museum of Modern Art and the Irish Film Centre.

In 1992, Murphy made a film installation for the Strokestown Famine Museum. A founder Board Member of CIRCLES Women’s Distribution Collective, of FILM BASE and of the Screen Directors Guild of Ireland, Murphy was elected to Aosdana in 2002. She was a Lecturer in Film Studies at QUB from 2005-09. From 2010 and 2015, she was Associate Arts Professor in Graduate Film at NYU Tisch Asia in Singapore.

Michelle Brown
is an artist and curator based in Dublin, Ireland, and is currently lecturer in Sculpture and Expanded Practice at NCAD. She studied Sculpture at the National College of Art and Design in Dublin and a Masters in Art Praxis at the Dutch Art Institute based in Arnhem, Holland. Much of her work is performance based and collaborative. She has performed and exhibited both nationally and internationally recently taking part in My Brilliant Friend, Temple Bar Gallery, Dublin; Future Histories at Kilmainham Gaol, Dublin as part of a series of works commissioned for the 2016 Easter Rising Centenary Celebrations; Excuse me I’m not finished, NCAD Gallery, Dublin; Forecast, Kilkenny; Using the Museum, Van Abbemuseum, Holland; Motivational Deficit, Crawford Gallery, Cork.

Brown is one of 15 creative producers from around the world who will engage in new kinds of conversations with creative communities, citizens and city authorities, to become change makers in their cities. The installation and commissioned work Mná na hÉireann 2016, focused on the politicising moment for women that drew them into public life and their mentors or supporters on the way and features interviews with leading women political figures. See the artist’s website for details on other projects, including the Mothership Project.

Kitty Holland is an awarding-winning journalist – Journalist of the Year 2013, News Reporter of the Year 2013; for her breaking the story of the death of Savita Halappanavar in 2012 and her subsequent work on the story. She has been with The Irish Times since 1998, and has also written for the Guardian and Observer in Britain; the Globe and Mail in Canada; Emma magazine in Germany. She has done extensive television and radio work, including on RTE, BBC, CNN. Sky, Channel 4, Scottish Television. As a staff reporter with the Irish Times, she with a particular interest in human rights and social justice and has reported widely on such issues as homelessness, drug addiction, poverty, Travellers, immigrants’ rights, domestic violence and gay, lesbian and transgender rights.

In the book In Savita: The Tragedy That Shook A Nation, Holland looks at how the tragic circumstances of Savita’s death played a part in compelling the Irish Government to finally legislate on abortion and how activists on each side succeeded or failed in shaping that legislation.

Kate Cunningham is a cultural producer and co-founder of the Women’s Museum of Ireland. Currently Head of Development and Marketing with Dublin International Film Festival, she has worked with cultural organisations across Ireland, the UK and Europe including the Edinburgh Fringe Festival and the Irish Writers Centre. As a researcher, her work focuses on media, gender and ethics. The Women’s Museum of Ireland was launched in 2013 to promote the recognition of the role of women in Irish history as well as the role of Irish women abroad. Primarily a virtual project, the museum is committed to making women’s history accessible and representing multiple historical narratives beyond the public sphere. Its most recent project, the Women of Dublin Map, crowdsourced over 200 submissions from the public to create a women’s history map of the city.

Maeve, 1981, 110mins, Director Pat Murphy / 15:15 – 17:00 Lecture Room
Pat Murphy and John Davis’ experimental film attempts to posit an alternative, feminist perspective on the Troubles and Irish nationalism. Flitting between the various pasts and present, it follows the experiences of the titular character as she grows up under the spectre of sectarianism, leaves Belfast and then returns after years away. Made during the period when theoretical debate informed both the subject matter and form of British independent film, Maeve attempts to subvert supposedly masculine traditions of film language with avowedly unusual and disruptive techniques, presenting a feminist alternative to the conventional narrative of the Troubles.

This complementary screening is a drop in event, priority seating given to discussion tickets holders.

'The Long Note' exhibition is presented by IMMA in collaboration with the Void Derry. IMMA thanks The Long Note commissioners: 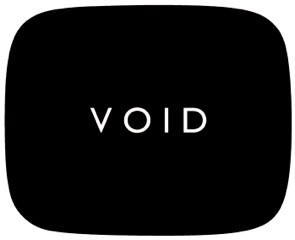 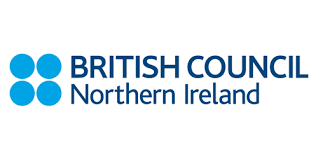