This weekend through Monday 26 August, the Happy Days Enniskillen International Beckett Festival is taking place where, together with IMMA’s National Programme, Neil Jordan’s film adaptation of Beckett’s play Not I is showing daily from 10am – 6pm at the Masonic Lodge, Enniskillen.
The exhibition is accompanied by a published text of Neil Jordan in conversation with IMMA’s Head of Collections Christina Kennedy (which you can view online here!).
[scribd id=162483923 key=key-110gybvuk1tc1vrwcgva mode=scroll]
Jordan’s Not I is 13 minutes in duration, from multiple angles in long, complete, 13-minute takes, since the piece only reveals itself through the pressure and physical demands of the uninterrupted performance of the text. Realising that each take had its own integrity Jordan developed his original film version into a multi-screen installation in which Moore’s mouth appears on six screens arranged in a circular configuration.
Jordan describes the process: “We had these enormous two-thousand foot film rolls and we filmed Julianne from different perspectives. They all were a different record of the same event…each angle was also the complete version…If I could pull them all into one synch and present each angle, simultaneously, to the viewer, the multiplicity with which cinema presents the world would be accessible to the viewer in a unique manner. Artists have long engaged themselves in a dialogue with the grammar and aesthetics of cinema, but the dialogue has rarely gone the other way. And Beckett’s luminous piece could be presented in a context that was neither cinema nor theatre, but something different”.
Not I is part of a unique and ambitious project, Beckett on Film, the brain-child of Michael Colgan, Director of the Gate Theatre, in which each of Becketts’s 19 plays were committed to film in 2000-2001. Each had a different film director, charged with adapting the demands of Beckett’s plays to film while adhering to his exacting stage directions. Not I was adapted for film by Neil Jordan as part of the project and donated to IMMA in 2001.
The Happy Days Enniskillen International Beckett Festival is the world’s first annual festival to celebrate the work and influence of Nobel Prize-winning writer Samuel Beckett. It takes place annually in Enniskillen, Northern Ireland, where Beckett spent his formative years attending Portora Royal School. Irleand’s only Island town, Enniskillen, is at the heart of the Fermanagh Lakelands, amidst some of the most beautiful landscape in Europe.
The Beckett Festival consists of writers influenced by Beckett, contemporary art installations responding to Beckett’s work, classical music pieces that he loved and which influenced his own work, comedy, circus & mime as well as presentations of the author’s main plays, short plays and short prose. The programme also has a fun sports programme titled ‘Bend it like Beckett’ acknowledging Samuel Beckett’s love and skill in various sports while attending the Portora Royal School 1920-23.
Happy Days Enniskillen International Beckett Festival Website 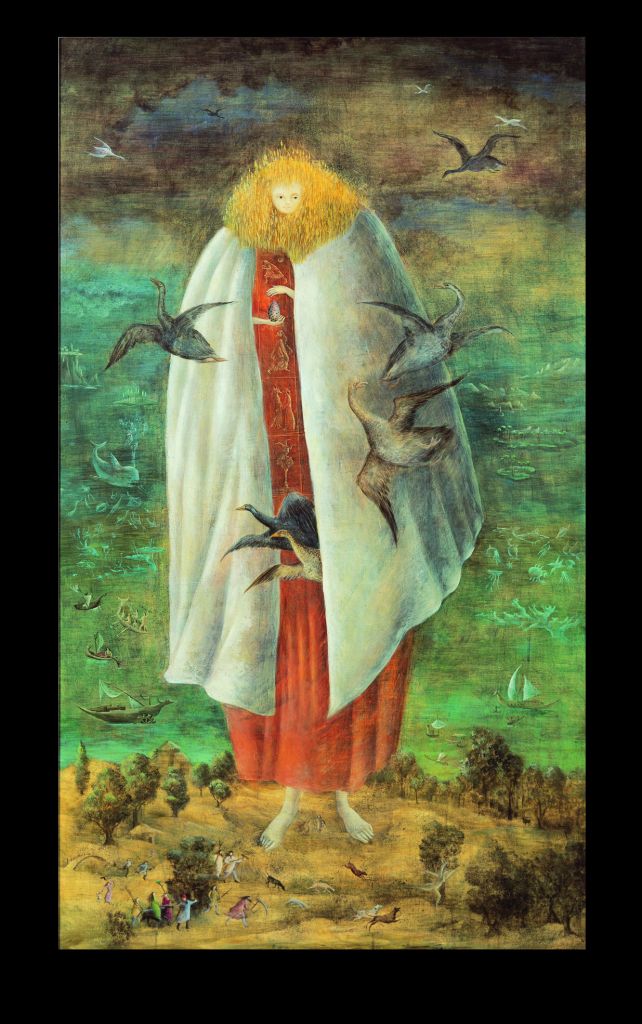 Welcome to our first post on the IMMA Blog!We thought we would start the blog rolling by asking Exhibitions Curator Seán Kissane about the upcoming Leonora Carrington exhibition, The Celtic Surrealist.  We hope you enjoy!---[caption id="attachment_7" align="aligncenter" width="300"] Leonora Carrington,The House Opposite, 1945, tempera on panel[/caption]So the Leonora Carrington paintings are being picked up from their various homes around the world and will be winging their way to Dublin at the end of August. The show has been in the making for about 4 years, so it is very exciting to finally get to see them here.[caption id="attachment_10" align="aligncenter" width="242"] Leonora Carrington, Mexico, 1944[/caption]In some ways it is a kind of home-coming.  Leonora was English, but her mother was from Westmeath, and she was fascinated by Ireland, its myths and history. Those stories constantly fed into her work, and to a non-Irish audience the references can be missed – stories that we all know like the Children of Lir or the Fianna.  It has been interesting to tell these stories to people in Mexico and the United States who know her work well. It opens up a whole other layer of meaning.  But Ireland was important to the Surrealists because of its stories and myths. Even Freud ...
Manage Cookie Consent
By clicking “Accept Cookies”, you agree to the storing of cookies on your device to enhance site functionality and analyse site usage.
Manage options Manage services Manage vendors Read more about these purposes
Cookie Settings
{title} {title} {title}