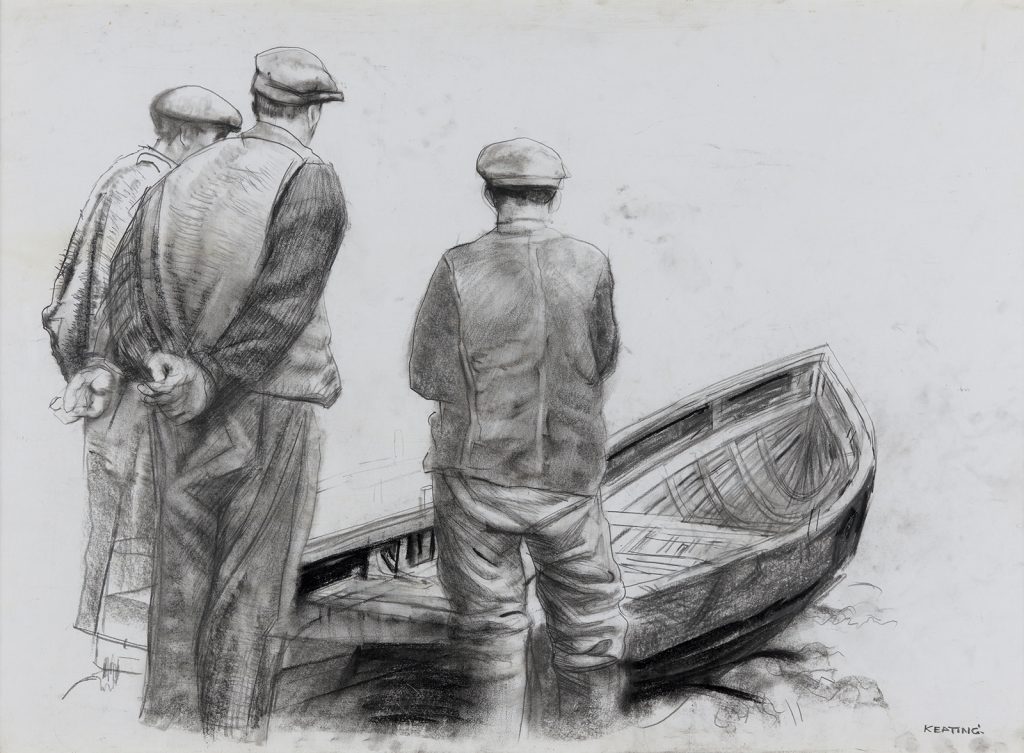 ‘Research is central to the work of the Irish Museum of Modern Art and thanks to funding from the Irish Research Council, IMMA is benefitting from the knowledge and skills of a number of research fellows. The first recipient of an Irish Research Council Enterprise Postdoctoral Fellowship at IMMA was Dr Nathan O’Donnell, 2018-2019, in connection with the IMMA Collection: Freud Project. As a Research Fellow at IMMA, Nathan co-organised several events and symposia dedicated to Freud’s work, as well as working as a curatorial researcher for exhibitions in connection with the Freud Project.

‘The Irish Research Council (IRC) is the national funder of excellent research across all disciplines. It invests in discovery research and in ground-breaking ideas that address major societal challenges, funding a diverse range of excellent individual researchers across all career stages. The IRC nurtures the skills development of excellent early-stage researchers and cultivates independent thinkers by offering a range of opportunities supporting diverse career paths. The IRC is delighted to support Stephen’s postdoctoral research, in partnership with the Irish Museum of Modern Art, which will explore the cultural history of partition in Ireland. Stephen is using a dynamic interdisciplinary approach to understand the repercussions of partition on Irish identity, culture and society.

The IRC’s enterprise programmes (Employment-Based Postgraduate Programme and the Enterprise Partnership Scheme) are tailored to provide excellent early-stage researchers with vital experience working with an organisation relevant to their field of research. These schemes enable knowledge exchange and collaboration with government departments and agencies, enterprise and civic society. For enterprise and employers, these schemes provide a low-risk, flexible route to research, talent and innovation in an area closely aligned with their strategic interests.‘

I have just begun a two-year Irish Research Council Enterprise Postdoctoral Fellowship at the Irish Museum of Modern Art. During this time, I’ll be finishing my book project on culture and partition under the mentorship of Dr Tom Walker at Trinity College Dublin. I will also be working at IMMA with Dr Lisa Moran and the Engagement and Learning Department to develop a series of events in the context of IMMA’s three-year commemoration programme focusing on the theme of self-determination, as well as researching the history of the site of the museum and the Royal Hospital Kilmainham as it has been inhabited for nearly a millennium.

While my research has previously focused on Anglophone Irish writing and its connections to the history of Ireland in the twentieth century, in recent years I have also turned towards visual culture, and particularly representations of the state in literature and art in that period. As a challenge to the widely expressed belief that this partition was the result of intractable and longstanding cultural differences between north and south, I am currently thinking about how Irish culture has been affected by the island’s partition since 1920. The division of the island provided both states with a productive coherence from which they could construct their traditions and establish their aesthetics in these early years.

The link between partition and the construction of these states is not readily apparent – or at least, it is not frequently mentioned either in academic histories or in displays of public memory. Instead, and both as a place of physical curiosity and a marker of political and social divides, the border on the island has been the overwhelming focus for politicians, writers, and artists. As perhaps the most tangible and easily identifiable aspect of partition, the border has served as a metaphor for the wider impacts of the island’s division, often to the detriment of a more complex engagement with its ongoing effects.

Yet alongside different histories and chronologies of their gestation, each state adopted and propagated distinctive emblems and logos in the first years of partition. Alongside these icons – the harp and the red hand, the industrial city of Belfast and the rural west coast, the shipyard workman and the island fisherman – the map of Ireland also became a weapon in the Irish question, deployed to lay claims towards territory and tradition on the island. In many respects these images and symbols were also the clearest distillations of ‘Irish’ or ‘Ulster’ culture and society, furnishing national flags, various state publications, commissioned paintings, coinage, and the wider literature and culture of the period, providing each state with what James Craig had called in 1922 ‘outward and visible signs’.

As this year’s commemorations have shown, these symbols and these traditions have had an enduring importance and relevance to Irish culture and society. With 2021 marking a century since it was introduced, the past few months have placed a renewed focus on partition and, in particular, on the difficulties that its remembrance and forgetting has entailed. Understood sometimes as a long overdue assertion of self-determination, as a tragic and yet unavoidable event, or as an epoch which continues to shape and condition the politics and culture of Ireland to this day, the inability to reconcile these interpretations has been a recurrent feature in these centenary events. What my research and my practical work at IMMA will seek to do is highlight how partition is reflected after 1920, how different traditions of culture and its interpretation came to be formed in both states, and how the late revolutionary period in Ireland has been selectively remembered by each state in recent years.

The central aim of the research aspect of the fellowship is to publish Irish Culture and Partition, 1920-1955 with Liverpool University Press, which will be the first major study of how the division of Ireland impacted the traditions of Irish literature and culture. I’ve previously published articles about partition, culture, and memory for RTÉ’s Brainstorm platform, as well as for Irish Central and the Irish Times, as well as a number of book chapters and journal articles on the literature and culture of partition, as well as newspaper history, capitalism and Belfast, and mid-century Irish women’s poetry.

From 2019 to 2020 I was the National Endowment for the Humanities Fellow at the Keough-Naughton Institute for Irish Studies at the University of Notre Dame, and I’ve also held visiting fellowships from the University of Sao Paulo, NUI Galway, and Queen’s University Belfast. In 2018, I finished my PhD in the School of English at Trinity, where I studied rural and urban representations in the Irish novel from 1922-1955.

Irish Times: ‘Burying the truth of Partition in the interest of peace? Remembering in the dark’

RTÉ Brainstorm: ‘The twists and turns from the Irish Free State to Ireland’

Irish Central: ‘The culture and the centenary of the Irish partition’ 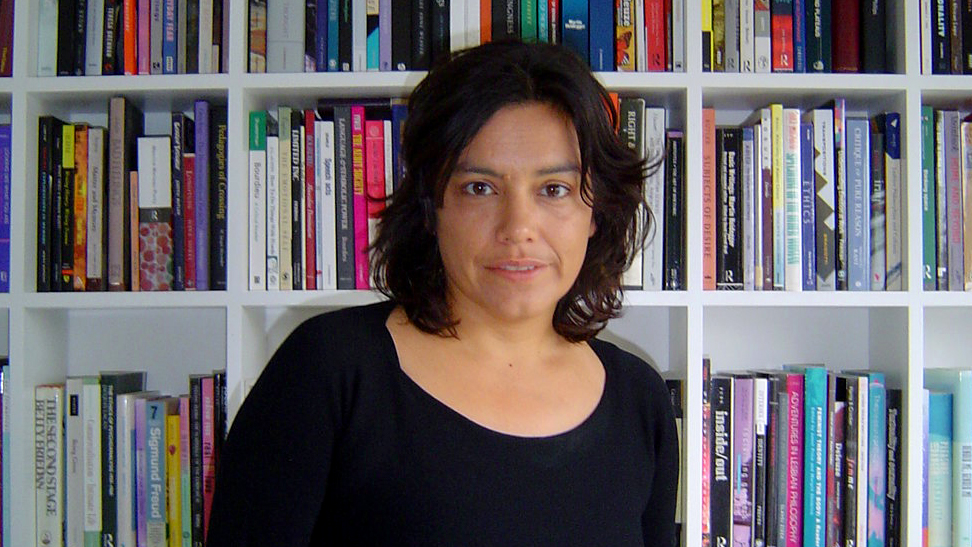 Sara Ahmed
Screen Studies Scholar Dr Zélie Asava looks back at this seminal talk on diversity work in educational and cultural institutions, exploring Sara Ahmed’s latest book on the lived experiences of minority groups where, despite a range of diversity and inclusion policies, she finds those who complain about discrimination still being cast as strangers or suspects, 'persons to be interrogated', and in response posits feminist projects of resistance. ------------------------------------------------------------------------------------------------------- ‘Complaint: a word can bring up a history. The word complaint derives from old French, complaindre, to lament, a lament, an expression of sorrow and grief, from Latin, lamentum, “wailing, moaning; weeping.’[1] When reading her essays on feministkilljoys.com, I am always struck by the way Dr Sara Ahmed explores a word, an experience, a movement as indicative of wider social structures. Her lecture for IMMA’s Talks Online series explored histories of discrimination, drawing on the testimonies of those who have brought forward complaints about the institutional barriers they faced in universities whether as women, people of colour, disabled, LGBTQIA or all of the above, and the losses caused by this exclusion (as well as the imperial...
Manage Cookie Consent
By clicking “Accept Cookies”, you agree to the storing of cookies on your device to enhance site functionality and analyse site usage.
Manage options Manage services Manage vendors Read more about these purposes
Cookie Settings
{title} {title} {title}