Do I lie when I say I love you? 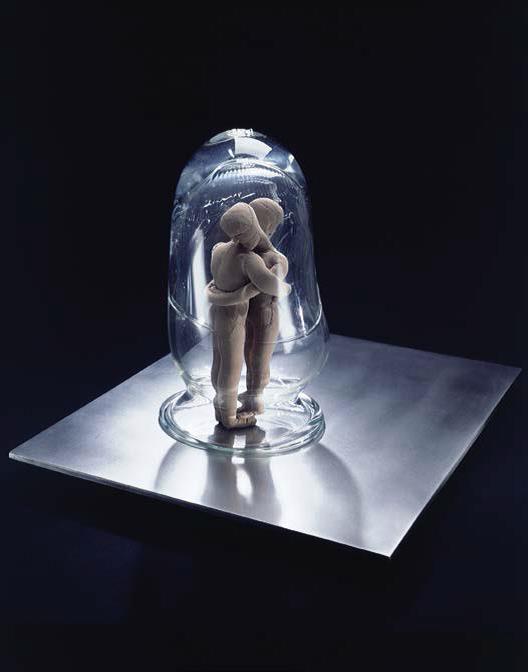 In the second of our Love Blog series, in association with the exhibition What We Call Love, Dr Noel Kavanagh asks the question Do I lie when I say I love you? Make sure to check out Noel’s nominated pop song in his concluding reflection.
Our third Love Blog, Love’s Majesty by Andrew Hyland, coming up next week.

For the love of Mod

As both a Mod and a philosopher who likes to talk of love, I am obsessed with lost origins. Mods are entirely engrossed in the pursuit of the ‘original’ of the species: we speculate as to who was ‘the first’, those original mods who began the style and because it is a lost origin we endlessly try to repeat what is not there. In doing so create versions of an absent form never actually made apparent. It is the differánce of mod and then perhaps modernists were always…well, post-modernists. Yet we endlessly get into arguments amongst ourselves whether something is unique, authentic and then ‘properly’ mod: the greatest complement one can be given is that someone would refer to you as a ‘proper’ mod.

It appears that I may love you (or not, as the case may be!)

Is it not the same when we come to talk of love? We constantly talk of ‘true’ love as the reality behind the appearance and we are then always bedevilled by the nagging doubt as to whether our love is ‘true’ or not; ‘real’ or not: True, forever, eternal, meant to be. The dilemma is, of course, that there is no litmus test, no way of perhaps really, actually discerning. So we live in perpetual doubt about our loves. It is perhaps an effect of the history of western philosophical thinking since the Pre-Socratics of Ancient Greece from Anaximander to Plato that have encouraged the idea that there is an abiding, eternal reality behind the illusion of appearance.

But can I ‘really’ love you?

This idea of the separation of appearance and reality, reinforced latterly by the philosophies of Descartes and Kant can be seen in popular film culture where this doubt between what appears to be the case and actually ‘is’ becomes the central theme. Films like ‘The Matrix’ and ‘Inception’ play on this doubt. So, what are we to do? Should we be paralysed by the doubt inherent in our questions about love? Sit on the fence lest we jump in and make a mistake? Wait for that moment of true love to come along because, well, we’ll know it straight away, won’t we? Or will we? And that’s the leap of faith in all our love endeavours. But perhaps we have been asking the wrong questions all along. Perhaps really our question should never have been about discerning the difference between what was ‘true’ love and love that was simply a fiction of our imaginations; would it not be better to assume that all our loves were simply figments of our imaginations and to understand that they are no less real because of it?

It’s all a beautiful lie

I have spent an inordinate amount of money over the years amassing a serious collection of both modernist jazz of the 50’s-mid 60’s,Ska and Northern soul music in the inevitably disappointing search for the ‘true’ tune, the perfect platonic form which exists only in my imagination. However, it never stops me searching. Even though I know that ideal does not exist I still pursue it, forever destined to slip from my grasp. Is it true to say though that, in recognising this, my love is somehow unreal? A figment of my imagination? Perhaps. But a love nevertheless, and genuine too. So, do I lie when I say I love? Well, all of my ‘proper’ and ‘true’ loves are really simply beautiful and passionate fictions and therefore all a kind of lie. Somehow I would not have it any other way.

Dr Noel Kavanagh lectures Philosophy in the Department of Humanities at Carlow College. His primary area of interest is the concept of love in philosophy and culture. Current areas of research include phenomenological psychology and the interconnections between philosophy, psychoanalysis and Literature and from time to time enjoys turning tables.
For a concluding reflection, Noel nominates an unexpected pop song that sheds further light on an Aristophanic account of love and philosophy that is the cornerstone of western tradition.
Michael Buble’s ‘Haven’t met you yet’
Read the next article in the series; Love’s Majesty by Andrew Hyland 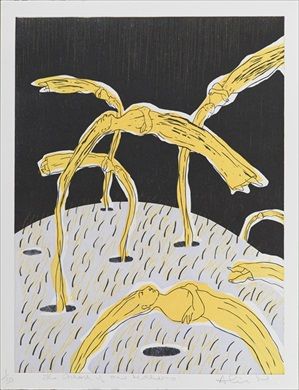 One of Ireland’s best kept secrets, the IMMA Editions are a range of limited edition art prints, all exclusive to IMMA. A great opportunity to buy affordable art this Christmas the Editions include work by Sean Scully, Patrick Scott, Alice Maher, Dorothy Cross , Isabel Nolan, Etel Adnan, Isaac Julien, Apichatpong Weerasethakul, Barrie Cooke and many more. Signed by the artist and released in a limited, numbered series, IMMA Editions start at just €100. An exclusive new edition by Irish artist Grace Weir, who currently has a major solo show at the Museum, will be released before Christmas. Become an IMMA Member today and enjoy a 30% Discount on the listed price for Editions during the month of December. In addition to enjoying a special 30% discount on Editions this December, any new or gift memberships taken out this month will go into a prize draw to win an IMMA Edition by either Dorothy Cross or Isaac Julien. In the blog below we highlight some of our favourite IMMA Editions, particularly those that have very limited editions remaining. Alice Maher, Prints (2014) We are delighted to announce that The IMMA Shop has acquired a limited number of Alice Maher prints to sell this Christmas. The prints were produced in a set of nine, but can be purchased individuall...
Manage Cookie Consent
By clicking “Accept Cookies”, you agree to the storing of cookies on your device to enhance site functionality and analyse site usage.
Manage options Manage services Manage vendors Read more about these purposes
Cookie Settings
{title} {title} {title}