In 2009 Sally McGuire, the wife of the artist Edward McGuire (1932-1986), donated 130 key items from the studio contents of Edward McGuire to the National Collection at IMMA. Reminiscent of a Renaissance Wunderkammer or cabinet of curiosities, McGuire’s studio objects reflect an esoteric interest in natural history such as the glass-cased and mounted specimens of taxidermy birds, shells, a sheep’s skull, a mummified cat. His method was organised and scientific: sitters recall a sense of the laboratory as the artist regarded them from beneath his green visor.

In 2014 graduating students of the BA (Hons.) in Visual Arts Practice, IADT, produced a documentary on the contents of the McGuire studio. The resulting documentary can be viewed at https://474documentworkspace.wordpress.com/documentary-2/ 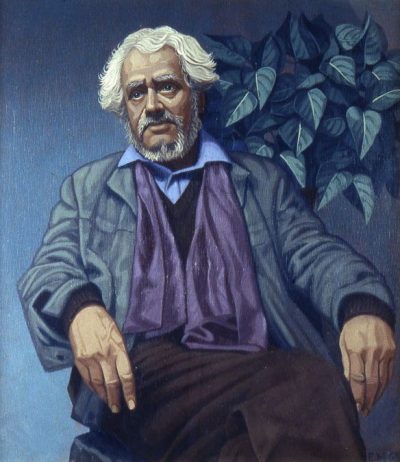 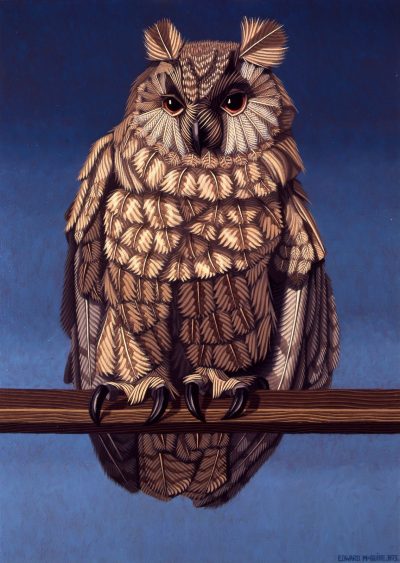 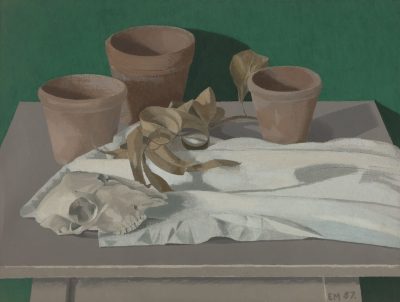