Living and working in Dublin, David Beattie is an artist who encourages a sense of curiosity and exploration in the act of displacing commonplace objects. Assembled from a variety of everyday materials his work attempts to provide a framework for assessing our daily surroundings.

David Beattie is an artist who lives and works in Dublin, Ireland.

Playfully welcoming new connections between foreign ‘things’, Beattie encourages a sense of curiosity and exploration in the act of displacing quotidian objects. Assembled from a variety of everyday materials the work attempts to provide a framework for assessing our daily surroundings. The interactions between object, space and viewer create a dialogue or wider system in which all elements have a role to play. This process of engagement can be seen as a search for a tangible present through the intermediary moments where physics, philosophy, technology and nature collide.

David Beattie has exhibited at IMMA as part of group shows In The Line of Beauty and As Above, So Below: Portals, Demons, Spirits and Mystics. He was selected for the Hennessy Art Fund for IMMA Collection in 2016. 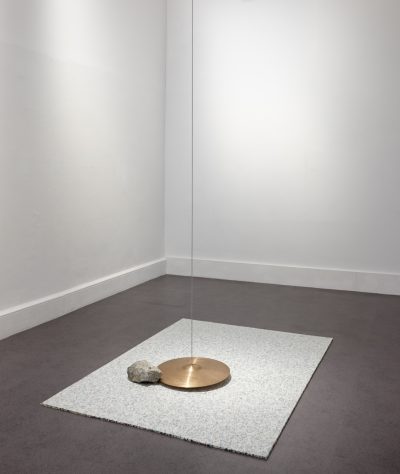 The Impossibility of an Island David Beattie 2015

In The Line of Beauty

Living at IMMA, an insider’s view

As Above, So Below: Portals, Visions, Spirits & Mystics

474: the aesthetics of restriction, The Drawing Project, Dun Laoghaire