This exhibition comprises some 50 abstract paintings, a series of watercolours on paper and a collection of coloured pencil drawings of flowers and plants by William McKeown, one of Ireland’s most highly regarded artists. The exhibition also features a number of new works, completed just weeks before the opening. McKeown is best known for his luminous, near abstract, paintings that explore states of mind, such as happiness and freedom, and qualities of nature, like light, air and sky. His paintings, in oil on linen, have highly finished surfaces achieved through meticulously applied thin washes of paint. With their refined sense of colour and subtle tonal gradations, they capture the essence of a certain time and place. Titles, such as the Hope Painting (The Light Inside), 2006, and In the Field (Turning Buttercups), 2008, typically point to memories, emotions or ideals. 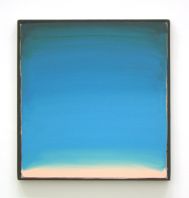 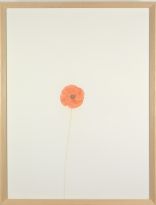 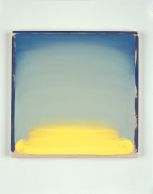 McKeown’s watercolours, which are also predominantly monochrome in style, are represented in the exhibition by Waiting for the Corncrake, 2008. This series of 30 works – one for each day of the month – harks back to the artist’s childhood on his family’s farm, where his father waited patiently for the first calls heralding the arrival of the corncrake and cuckoo, noting down the dates and comparing them with previous years. The series also points to the present-day plight of the corncrake, once synonymous with the Irish countryside and now an endangered species. Simultaneously, McKeown has developed a series of botanical drawings. In Wild Poppy #1, 2001, and Primrose #2, 2003, we are presented with detailed translucent images, almost invisible on a white background, encapsulating both the seasons of the year and the flora of the artist’s native County Tyrone. Despite their simplicity, these works – like McKeown’s paintings – also exude a palpable feeling of light and warmth.

William McKeown was born in 1962. He studied at Central St Martins School of Art and Design, London; Glasgow School of Art, Glasgow, and the University of Ulster, Belfast. Recent solo shows include the Golden Thread Gallery, Belfast, 2004; Project Arts Centre, Dublin, 2004; Douglas Hyde Gallery, Dublin, 2004; Ormeau Baths Gallery, Belfast, 2002, and the Kerlin Gallery, Dublin, 2006. McKeown has participated in numerous group exhibitions and was Northern Ireland’s representative at the 51st Venice Biennale in 2005. His work is included in many private collections in Europe and he was short-listed for the IMMA Glen Dimplex Artists Award in 1997.

A fully-illustrated colour catalogue, designed and produced by CHARTA in close collaboration with William McKeown and IMMA curators, accompanies the exhibition. This will include essays by Enrique Juncosa, Director, IMMA, Declan Long, art historian at the National College of Art and Design, Dublin, and London-based art historian and critic Corinna Lotz. To buy the catalogue click here

William McKeown is supported by Farrow & Ball, manufacturers of quality wallpapers and paints.

The exhibition is supported by the British Council Northern Ireland.