As a shared experiment between institutions, IMMA and Project Arts Centre have established a network of artists and cultural workers, across disciplines, to come together for conversations about practice, process, and collaboration in this cross-disciplinary working group.

As a shared experiment between institutions, IMMA and Project Arts Centre have established a network of artists and cultural workers, across disciplines, to come together for conversations about practice, process, and collaboration. This working group has grown out of Lucian Freud and the Artist’s Studio, an exhibition and research programme at IMMA running from February to August 2020 as part of the IMMA Collection: Freud Project. With this network we are exploring what a studio means to artists in different forms, and developing some common language for speaking across forms and disciplines. We are also thinking, in light of the Covid-19 crisis, about the seismic changes to artistic practice and what it means for practitioners making work into the future.

Current emergency conditions have led to a spontaneous overturning of the spatial conditions governing (and limiting) art-making globally. In Ireland, with its heavily marketised approach to property, where people have long been struggling with an inefficient supply of housing, artists’ work conditions are already dictated by precarious circumstances. In some respects, the current stalled conditions might be an occasion to explore the possibilities for a post-crisis radical or liberatory approach to space (and time). But the language of productivity is adapting fast. This impetus toward hyper-productivity (even in emergency conditions) is compounded by difficulties regarding arts funding, infrastructure, and support.

Under these circumstances, the question of the studio (as the space for artistic research, reflection, production) becomes all the more heightened. How do we defend this space: the necessary physical infrastructure through which work is made? How do we protect the non-productive aspects of an artist’s practice? Are there strategies to be shared across art forms?

On the other hand, are there pitfalls or problems with the studio as we understand it? Is the studio a site of gendered and class-based professional privilege? This could be a moment to explore inequalities of access to the mechanisms of cultural production – of which the studio is one emblematic example.

Ultimately, our aim is to create a forum, using the template of the studio, for collective, collaborative dialogue across forms. Through a series of three-weekly discussion sessions, between a small group of artists, we are exploring shared interests and obstacles, distributing and discussing reading and research materials, and talking about process, collaboration, and practice.

Lívia Páldi (Curator of Visual Arts at PROJECT ARTS CENTRE) worked as director of BAC – Baltic Art Center, Visby, Sweden between 2012 and 2015 and chief curator of the Műcsarnok / Kunsthalle Budapest between 2007 and 2011. She has organised talks, discussions, workshops and numerous exhibitions and has also edited several books and exhibition catalogues. She was one of the curatorial agents of dOCUMENTA (13) and member of the OFF-Biennale Budapest curatorial board in 2016.

Nathan O’Donnell is currently research fellow at IMMA in relation to the IMMA Collection: Freud Project. He is a writer and researcher and one of the co-editors of Paper Visual Art Journal. He contributes to the MA/MFA Art in the Contemporary World at NCAD and lectures on contemporary art at Trinity College Dublin.

Christodoulos Makris is “one of Ireland’s leading contemporary explorers of experimental poetics” (The RTÉ Poetry Programme). He has published three books of poetry, most recently this is no longer entertainment: A Documentary Poem (Dostoyevsky Wannabe, 2019), as well as several pamphlets, artists’ books and other poetry objects. His second book The Architecture of Chance (Wurm Press, 2015) was a poetry book of the year for RTÉ Arena and 3:AM Magazine. One of Poetry Ireland’s ‘Rising Generation’ poets, he has presented his work widely across media and borders, and received awards and commissions from a range of bodies and institutions including the Irish Museum of Modern Art, European Capital of Culture, StAnza International Poetry Festival, The Arts Council of Ireland, and Maynooth University. He is the poetry editor at gorse journal and associated imprint Gorse Editions. “In work that is at times radically experimental, and always alert to the capacity of language to remake the world, Christodoulos Makris seeks ways to break open the lyric space of the poem to alter the ways in which language operates in the public realm” (Lucy Collins, Irish University Review).

Suza Husse (born in 1982 in Görlitz, East Germany) is active within artistic and social practices, including learning, dreaming, caring, fighting and transforming together with others. Since 2012, she has been co-shaping the queer*feminist art space District Berlin with an emphasis on collaborative and performative practices, transdisciplinary research and political imagination. From here, she co-founded the collective The Many Headed Hydra for decolonial myth making and publishing with an interest in queer aqueous ecologies, and co-initiated the series “Dissident Stories from the GDR and pOstdeutschland” with the artistic research publication “wild recuperations. material from below” (Archive Books, 2020).

Since 2003 Sarah Pierce has used the term The Metropolitan Complex to describe her project, characterised by forms of gathering, both historical examples and those she initiates. The processes of research and presentation that Pierce undertakes demonstrate a broad understanding of cultural work and a continual renegotiation of the terms for making art, the potential for dissent, and self-determination. Pierce works with installation, performance, archives, talks and papers, often opening these up to the personal and the incidental in ways that challenge received histories and accepted forms. Her interests include radical pedagogies and student work, art historical legacies and figures such as El Lissitzky, August Rodin, and Eva Hesse, and theories of community and love founded in Maurice Blanchot and Georges Bataille.

Sarah Browne is an artist based in Ireland concerned with non-verbal, bodily experiences of knowledge and justice. This practice involves sculpture, film, performance and public projects, as well as forms of writing and publishing in diverse contexts. In 2019 she presented Public feeling, a commission for South Dublin County Council. This project explored the health impacts of austerity on the individual and collective body and the politics of ‘resilience’. Informed by fitness culture and choreography, the project was realised as a series of participatory performances in public leisure centres in the county, staged in the format of fitness classes. In 2009 she co-represented Ireland at the 53rd Venice Biennale with Gareth Kennedy and Kennedy Browne, their shared collaborative practice. Browne is associate artist in residence with University College Dublin College of Social Sciences and Law.

Philip Connaughton is a choreographer and performer from Dublin. He trained at the Rambert School of Contemporary Dance in London. In 2013 he made his first piece, Mortuus Est Philippus for Dublin Dance Festival. In 2014, he formed Company Philip Connaughton and made Tardigrade which won best design in the Tiger Dublin Fringe Awards. In 2015 he created Whack!! which toured extensively throughtout Ireland and France, was performed at MOMA NYC in September 2016. In 2017 he created Extraterrestrial Events, which previewed at Le Regard du Cygne, Paris before it’s premier at DDF 2017. ASSISTED SOLO was made for Dublin Fringe Festival 2018. Following that Mamafesta Memorialising was created for the festival Question de Danse at Klap- maison pour la danse in Marseille before before it’s Irish premiere at Cork Opera House. He has also worked extensively in opera, theatre and musical theatre. Philip is a resident artist at Project Arts Centre

Katie Davenport is a set and costume designer based in Dublin and trained at IADT. In 2017, she was designer in residence at The Gate theatre in Dublin. She has designed for most of the major theatre companies in Ireland, including The Abbey, The Gate, Irish National Opera, Landmark and Rough Magic. In 2019 she was nominated for an Irish Times Theatre Award and represented Ireland at The Prague Quadrennial, a world exhibition of theatre design.

Ronan Phelan is a freelance theatre director who works across many genres including new writing, classic text and musical theatre. He is Associate Director at Rough Magic Theatre Company and the current curator of its artist development programme. His previous works have received critical and commercial success leading to transfers and national tours. He is an alumni of Rough Magic’s SEEDS programme (2012-2013) and was subsequently appointed Resident Assistant Director at the Abbey theatre (2014-2016). He is a graduate of TU Dublin’s Conservatory of Music and Drama. Previous directing credits include Much Ado About Nothing (Nominated Best Director, Irish Times Theatre Awards, 2020), Portrait of the Artist as a Young Man, Mr. Burns: A Post-Electric Play, The Effect, Assassins, all for Rough Magic Theatre Company; Some Names Were Changed (Nominated Best Production and Special Judges Award, Dublin Fringe Festival 2019), Before Monsters Were Made for 15th Oak Productions; All Mod Cons, Lyric Theatre, Belfast; Twelfth Night, LAMDA, London; Annie, Cork Opera House; BROADENING and Inhabitance, Glassdoll Productions; LAMBO and Clear_the_Air, Underscore Productions; Pocket Music (Winner Bewley’s Little Gem Award, Dublin Fringe Festival 2011); Much Ado About Nothing, Merrily We Roll Along, The Drowned World at The Lir Academy, Dublin.

Aoibheann Greenan is an Irish artist currently based in London. Her works in performance, installation and moving image examine the mutability of cultural documents across time, probing their transformative potential in the present. She is interested in staging as a locus for renegotiating relationships between bodies and images, action and passivity, immediacy and mediation. Aoibheann is a founding member of East London Cable, an artist collective based at Raven Row, London. Since 2018 the collective has been producing, platforming and commissioning works that converge around the intersection of broadcasting and artistic practice. 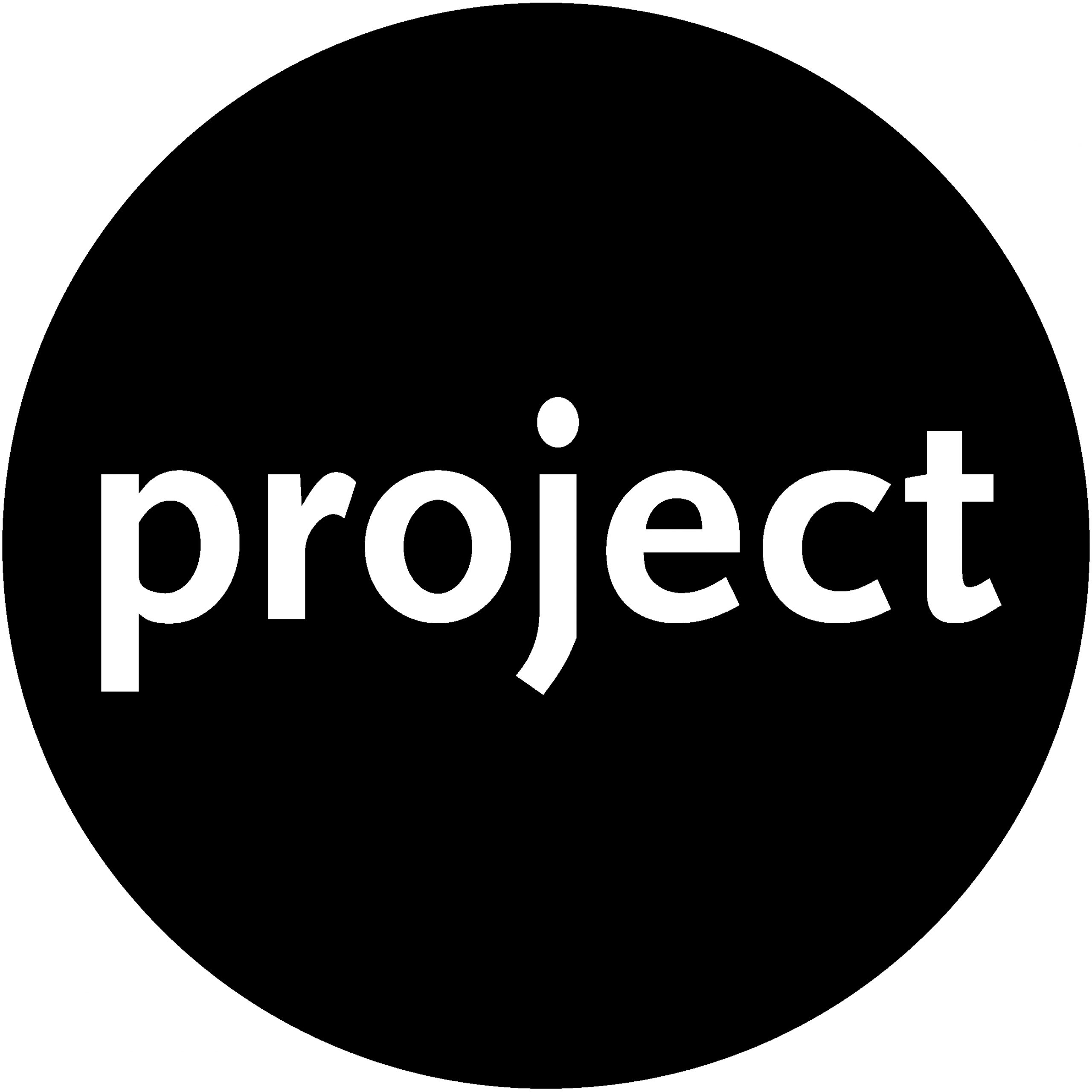