Self as Selves is an exhibition of works from the IMMA Collection which explores the nature of ‘self’, as being a series of transitory states, always provisional, never fixed. The selected works invoke intersecting notions of self – internal and external, corporeal and conceptual, personal and collective.

The exhibition wishes to address this premise not only in terms of what certain artworks may suggest about their maker’s investigation of self but also to what extent they implicate the viewer in a reciprocal flow of shifting states. To varying degrees the selected works summon the viewer’s participation for their completion, thereby eliciting a range of selves or ‘roles’ through which the viewer may consider their own subjectivity and the nature of their looking. 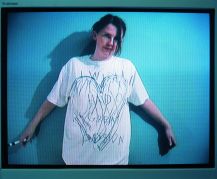 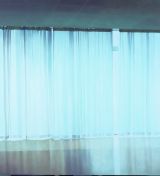 Curatorially, this exhibition has evolved from a preceding IMMA event, The Burial of Patrick Ireland, which saw the ritualised disposal of an artistic persona with a wake, funeral and burial in the grounds of the museum. Throughout his career as an artist and a writer, Brian O’Doherty/Patrick Ireland has invoked several aliases through which he has explored the nature of identity and the notion of self as more than a singularity.

A new departure for Collection exhibitions and displays has been to invite an artist or artists to intervene, to bring their process into the equation in a way in which only artists can do, to further explore and extend meanings. The artists invited in this case are Fergus Byrne, Fiona Hallinan and Caoimhin O’Rathaillaigh. Fergus Byrne’s response is by way of a text entitled Magpie, which appears in the booklet accompanying the exhibition. He has also selected a number of films, including Face of Another (1966), directed by Hiroshirsu Teshigahara after a novel by  Kobo Abe, which will be screened during the run of Self as Selves.