This exhibition focuses on metaphysical ink and watercolour works on paper and nude charcoal drawings by one of Ireland’s most important painters. Comprising a selection of some 100 drawings, the exhibition includes a selection of recent drawings, some of which have not previously been exhibited, including new works from the artist’s studio. Hall’s work is fundamental in Ireland to the understanding of the so-called return to painting in the late 1970s and early ‘80s. 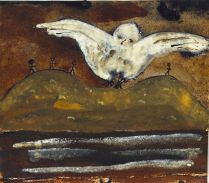 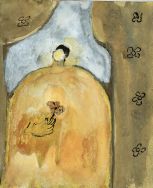 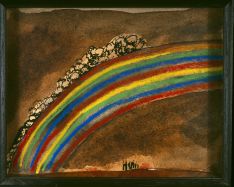 Born in 1935 in Co Tipperary, Hall studied at the Chelsea School of Art and the Central School of Art in London.  In 1966 he moved to Spain, returning to live in Dublin in 1974.  Hall has exhibited widely both in Ireland and internationally. Solo exhibitions include the Douglas Hyde Gallery, Dublin, 1995; Butler Gallery, Kilkenny, 2002; Green on Red Gallery, Dublin, 2004, and the Model Arts and Niland Gallery, Sligo, 2006.  His works are included in many private and public collections including the Arts Council of Ireland, the Dublin City Gallery: The Hugh Lane and the IMMA Collection.  He was appointed a member of Aosdána in 1982 and currently lives and works in Sligo and Dublin.

The exhibition is accompanied by a fully-illustrated catalogue with texts by Michèle C Cone, art historian, critic and writer, and Enrique Juncosa, Director, IMMA. To buy the catalogue click here

To buy the catalogue from this exhibition click here