Magnum Ireland includes 146 photographs of works, made in Ireland since the 1950s to the present, by some of Magnum’s best-known photographers, including Elliott Erwitt, Henri Cartier-Bresson, Martin Parr, Josef Koudelka, Inge Morath, Erich Lessing, Eve Arnold, Martine Franck, Ian Berry, Donovan Wylie, Stuart Franklin and many others. Magnum Photos is an international co-operative of independent photographers founded in 1947, with members elected from all over the world. The amount of work on Ireland in the archives, dating back to the early days of the agency, is vast, with many photographers spending long periods in Ireland, North and South. These works show the strong influence of rural life in the 1950s, the hidden stories of ordinary Irish men and women; as well as the sectarian conflict – during the troubled 1960s and ‘70s – and the country’s renewed confidence and prosperity over the past decade, right up to the present day. Many images in the exhibition have not been shown before. 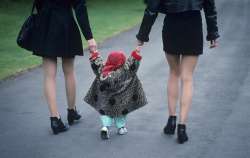 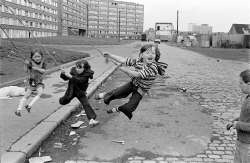 Magnum Ireland  is curated by Val Williams, Professor of Photography at the London College of Communications, and Brigitte Lardinois, Cultural Director at Magnum Photos, London.