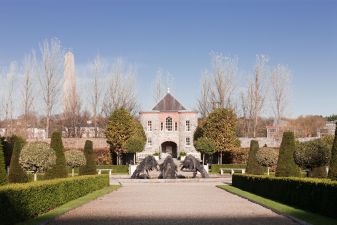 This exhibition is the first solo exhibition in Europe of the American sculptor Lynda Benglis, best known for her pioneering and challenging works which question the rigours of Modernism and Minimalism by merging content and form. Spanning 40 years of work, this exhibition represents her extraordinary creative output from her early poured latex or polyurethane sculptures, best known as ‘fallen paintings’ and wax reliefs of the late 1960s; videos, Torsos and Knots of the 1970s along with Wing (an incarnation of one of her cantilevered sculptures) and the 1975 installation Primary Structures (Paula’s Props); to her metallised pleated sculptures of the 1980s and ’90s; and her more recent works in polyurethane such as The Graces, 2003-05. The exhibition also includes documentary material outlining her interest in performance or self-promotion through magazines and invitation cards – most famously her controversial ‘dildo’ advertisement (part of her Sexual Mockeries series) in Artforum magazine in November 1974. 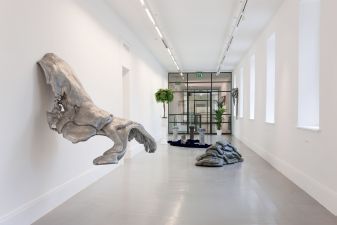 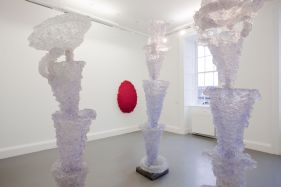 Benglis’s interest in process has led her to expand the possibilities of material from latex pouring and expansions to more precious materials such as glass and gold. Taking the body and landscape as prime references Benglis creates work that oozes immediacy and physicality, defying gravity, her forms have been coined ‘frozen gestures’. Invited to teach at the feminist courses in California in the early seventies, Benglis has always toyed with gender relations. Benglis’s most well-known videos such as Now, 1973, and Female Sensibility, 1973, capture and mock the sexual prejudices of the times as well as breaking ground in terms of early video and documentary-making.

A 300 page fully-illustrated hardcover monograph accompanies the exhibition produced by Les Presses du Réel. It will comprise of texts by Dave Hickey, Elisabeth Lebovici, and exhibition curators Caroline Hancock and Judith Tannenbaum, an interview with the artist conducted by Franck Gautherot and Seungduk Kim, and an in-depth chronology compiled by Diana Franssen. Famous and unseen archival material (magazine articles, photographs, letters, installation shots) will be reproduced as well as an overview of Benglis’ work since the mid 1960s. Click here to buy the catalogue. 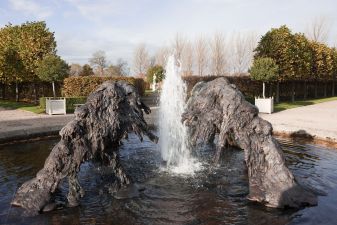 This exhibition is made possible by Bank of America Merrill Lynch.

Click here to buy the catalogue for this exhibition.