IMMA presents a solo exhibition by legendary multi-disciplinary artist Kim Gordon. With a career spanning more than three decades, Gordon is one of the most prolific and ground-breaking artists working today.

IMMA presents She bites her tender mind a solo exhibition by legendary multi-disciplinary artist Kim Gordon. With a career spanning more than three decades, Gordon is one of the most prolific and ground-breaking artists working today. Synonymous with the iconic band she cofounded in 1981, Sonic Youth, her work crosses boundaries between visual art, music, fashion, film, writing and performance, and insists on radical experimentation within every field.

She bites her tender mind features a series of new works including recent and previously unseen paintings, drawings, and ceramic sculptures, alongside a glitter installation and an immersive video projection.

The exhibition is a poetic response by the artist to the atmosphere and architecture of IMMA’s Courtyard Galleries. For Gordon, this series of four interconnecting rooms, each with its classical detailing, mouldings, mantles and fireplaces, ‘feels like a home of sorts’. A seasoned traveller, Gordon has drawn upon the domestic sensibility of these galleries as an analogy for contemporary urban lodgings, such as Airbnb or Homestay. There can be a certain dislocation and alienation within these faux homes away from home. Gordon wonders about the experience of morphing one’s own reality with these idealised, commercialised lifestyles. At IMMA, she suggests an imagined scenario where the galleries have become her own branded urban lodgings, decorated with lyrical gestures, with one of the new drawings on display taken from Gordon’s Airbnb Series.

The new and recent paintings in the exhibition also contain references to the prolific ancient Greek poet Sappho. Renowned as a symbol of desire and love between women, Sappho’s work continues to influence writers and artists today. The exhibition itself, together with one of the featured new works, takes its title from one of the poet’s word fragments ‘She bites her tender mind’.

Alongside these new and recent works, other pieces within the exhibition draw from various series Gordon has produced since 2008. These include the ongoing Noise Painting series, depicting the names of experimental and noise groups; the From The Boyfriend series that use denim mini-skirts as paint surfaces turned on their sides and presented as minimalist art; and word paintings that refer to ‘hashtag culture’. The word paintings here also serve as a comment on other artworks around them.

Kim Gordon studied at the Otis Art Institute in Los Angeles in the late 1970s and has continued to work as an artist since. Her first solo exhibition presented under the name ‘Design Office’ took place at New York’s White Columns in 1981. View Artist

Artist Kim Gordon speaks about her solo exhibition at IMMA

Performance: An evening with Kim Gordon 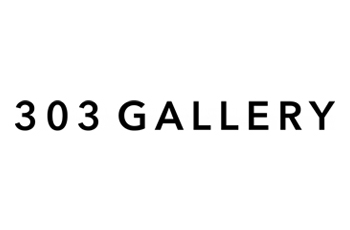 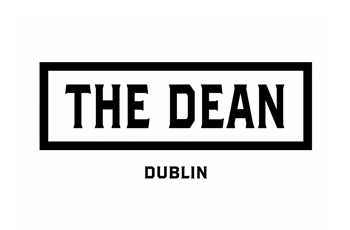