The IMMA Collection is a unique resource which is made available to the public through a vibrant programme of temporary exhibitions and projects. Collection Exhibitions may explore the work of an individual artist, or address a theme or historic period.

The weakened eye of day, is a new body of work by Irish artist Isabel Nolan, conceived as a single project for IMMA. The exhibition explores how light manifests as a metaphor in our thoughts, obsessions and pursuits and includes text, sculpture, drawings and textiles.

The weakened eye of day, is a new body of work by Irish artist Isabel Nolan, conceived as a single project for IMMA. The exhibition explores how light manifests as a metaphor in our thoughts, obsessions and pursuits and includes text, sculpture, drawings and textiles. Nolan’s works begin with the close scrutiny of individual literary or artistic works, or evolve out of consciously erratic enquiries into the aesthetics of diverse fields, such as cosmology, humoral theory, and illuminated manuscripts.

The exhibition takes its title from Thomas Hardy’s poem The Darkling Thrush (1899), in which the sun, described as ‘the weakening eye of day’, is a dismal star drained of its force by a gloomy pre-centennial winter afternoon.  As the sun’s gaze weakens, so flags the spirit of the poet who, until interrupted by birdsong, sees only the inevitability of death in the cold world around him. This show is a material account of the strangeness of the world from the formation of the planet’s crust to the death of the sun and the enduring preoccupation with light as a metaphor for truth.

Nolan’s works both seduce and disarm us. Her work is underpinned by a desire to examine and capture in material form the moments of intensity that can define our encounters with the objects around us; inexplicable and unsettling moments that leave us with a heightened awareness of what is means to be alive. For Nolan this exploration happens through making things – whether monumental or intimate in scale, they are presented to us as tentative and precarious markers of the experience of our place beneath the sun.

Thanks to the Donkey Sanctuary irl. Liscarroll, Mallow. Co. Cork. for their assistance.

Irish artist Isabel Nolan (born 1974) attended the National College of Art and Design and the Dun Laoghaire Institute of Art, Design & Technology. She works in sculpture, painting, textiles and text and explores notions of reality and identity, and the human compulsion to understand and define our situations and relationships with others. View Artist 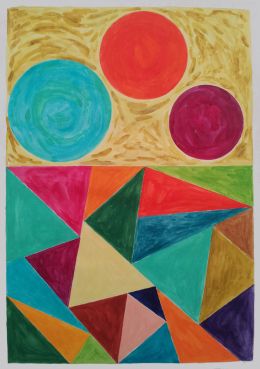 Writing is an important tool for Isabel Nolan, and in parallel with the exhibition Isabel Nolan: The weakened eye of day, she has written a text which exists as an audio work, published online from 1 July 2014. This audio work, along with a series of talks by guests on subjects ranging from cosmology to philosophy, forms an integral part of the on-going investigative enquiries that inform The weakened eye of day and Nolan’s practice.


The Three Body Problem is an episodic fiction that portrays a world orbited by three suns. In this world where night rarely falls, art, science, language and knowledge are recognizable, yet play utterly different histories and roles than in our own society. Nolan uses this to reflect upon our relationship to light as a means by which the world is framed. She provides an opportunity to reveal the contingency not only of our own world, but also of our myriad ways of knowing and being in it. 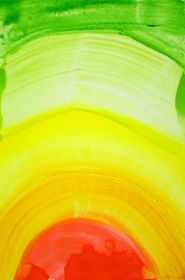 A beautiful limited edition of only 50 hand painted watercolour works to celebrate The weakened eye of day, is available to purchase.

Dr Stuart Clark: The Sky’s Dark Labyrinth
Astronomer and Author Dr Stuart Clark opened Isabel Nolan’s exhibition with a talk on how the universe is the canvas upon which nature paints its pictures.

Astronomers are there to witness, record and understand these amazing celestial phenomena. From the giant aurora of 1859 that engulfed two thirds of the Earth to Galileo’s simple observation that there are mountains on the Moon, Stuart Clark will tell the story of how single observations have transformed our view of the Universe and our place within it. A closing discussion was moderated by Lorraine Hanlon (Associate Professor, School of Physics, UCD). This talk took place on Saturday 7 June, 1.00pm 2014, at IMMA

Gallery walk through of the exhibition by Karen Sweeney (Assistant Curator, Exhibitions, IMMA)
In the form of a gallery walk through Sweeney introduced some of the artist’s key ideas that inform her current exhibition. This talk took place on Wednesday 6 August 1.15pm, East Ground Gallery.

As part of the exhibition there is a series of talks by guests, invited by Nolan, on subjects ranging from cosmology, philosophy and aesthetics.

Lecture | Stuart Clark presents The Sky’s Dark Labyrinth
Saturday 7 June, 1.00pm, Lecture Room
Award winning author and astronomer, Dr Stuart Clark tells the story of how single observations by astronomers have transformed our view of the universe and our place within it. Listen back to this talk on Soundcloud

Lunchtime Talk |Dr. Michael Dunne
Friday 27 June 1.15pm, Lecture Room, IMMA
Medieval and Renaissance Science, Religion, and Nature’s Secrets
Dr. Michael Dunne (Head, Department of Philosophy, NUI Maynooth) introduces the overlapping areas of science, religion, and medicine in medieval and renaissance thought with reference to some key figures including Giordano Bruno and others that form part of his research on the philosophy of God, science and Ireland’s medieval philosophical heritage. Listen back to this talk on Soundcloud

In Conversation | Isabel Nolan + Sally O Reilly
Wednesday 27 August 6.00pm, Lecture Room
Isabel Nolan discusses her artistic approach for the current exhibition The Weakened Eye of Day with Sally O Reilly (writer for art and culture publications, including Art Monthly, Cabinet and Frieze). Listen back to this talk on Soundcloud