IMMA is proud to present ANU’s The Wernicke’s Area, the result of a year-long IMMA residency. A highly personal project for the company, the work responds to the medical condition of Debbie Boss, the wife of ANU’s co-artistic director and visual artist Owen Boss. The artwork fuses installation and sound design and will feature new music by Emily Howard performed live over the opening weekend on Saturday 08 and Sunday 09 October.

In 2014 Debbie was admitted to hospital for surgery to remove a previously undiagnosed meningioma brain tumour. Although the surgery was deemed successful, due to complications Debbie had to be induced into a coma for a fortnight and remained in hospital for a further three months. Since the surgery her everyday life has been affected by epilepsy.

The tumour grew in what is known as the Wernicke’s Area of the brain named after German neurologist Carl Wernicke who first described the area in 1874. This part of the brain is involved with written and spoken word comprehension. When Debbie suffers a seizure the symptoms manifest as audio hallucinations and aphasia, (a loss of comprehension of both heard and spoken words). A trained soprano, Debbie can no longer remember the lyrics to even the simplest of songs.

Research for the project has seen key partnerships evolve across the science and arts community. A Rapid Residency received through the Dublin Science Museum in 2020 linked Boss with neurophysiologist Prof. Mark Cunningham of Trinity College, Dublin and their collaborative research has shaped the artwork. An evolving partnership with Emily Howard, Director of PRiSM, the Centre for Practice & Research in Science & Music at the Royal Northern College of Music, Manchester, has led to the extensive use of PRiSM’s AI technology in the development of music for The Wernicke’s Area.

Boss was drawn to a keynote lecture given by pioneering neuroscientist Charles Scott Sherrington (included in his 1940 book Man on his Nature) who coined the phrase ‘The Enchanted Loom’ to metaphorically describe what happens in the brain. In his words the collection of 100 billion brain cells and 100-200 trillion connections between those cells that generate the brains electrical activity are considered as

‘an enchanted loom where millions of flashing shuttles weave a dissolving pattern, always a meaningful pattern though never an abiding one; a shifting harmony of sub-patterns.’

Drawing inspiration from this lecture and IMMA’s The Narrow Gate of the Here-and-Now: Social Fabric, Boss has created custom-made fabric pieces produced on a digital Jacquard loom. These works feature a repeated pattern lexicon that Boss has developed over the course of the project.

Prof. Cunningham has provided raw data recordings of the brain cells in seizure and these have been used as a research material across the wider project team and feature prominently within the exhibition. Bofan Ma’s immersive sound design and Howard’s composition, draws on a series of seizure diaries written by Debbie. Howard’s composition, performed live by mezzo-soprano Rosie Middleton and viola player Stephen Upshaw at IMMA over the opening weekend, is a response to George F. Handel’s ‘Ombra mai fu’ which was Debbie’s favourite aria to perform.

This project is funded by the  Arts Council of Ireland and IMMA and is supported by PRiSM.

As part of the presentation of ANU’s The Wernicke’s Area we are delighted to confirm four live performances which will take place over the opening weekend on Saturday 8 and Sunday 9 October at 12pm and 4pm.

Commencing in the main exhibition space and moving out into the museum colonnades a new music composition by Emily Howard will be performed live by mezzo-soprano Rosie Middleton and viola player Stephen Upshaw.

The event will be approximately 45 minutes long and audiences will be permitted into the exhibition space on a first come first served basis, numbers will be set by capacity in the space however soon after commencing the event will procession out into the colonnades where everyone is welcome to experience the live performance. The exhibition will be open throughout both opening days with a 15-minute closure time before and after each performance.

Free, no booking is required.

Emily Howard – Composer
Emily Howard‘s distinctive music is notable for its granular use of instrumental colour, powerful word-setting and inventive connections with mathematical shapes and processes. Having grown up with a passion for both notes and numbers, Howard embarked upon an undergraduate degree in mathematics and computer science before focusing her postgraduate studies on music. Howard’s commitment to creating collaborative opportunities for mathematicians, scientists and musicians is exemplified in the recent establishment of PRiSM, RNCM’s Center for Practice & Research in Science & Music, co-founded by the composer.

Professor Mark Cunningham – Neurophysiologist
Professor Mark Cunningham is the Ellen Mason Bates Professor of Neurophysiology of Epilepsy at Trinity College Dublin. His research aims to gain a better understanding of medication dosage levels for people with epilepsy. This work is done in collaboration with colleagues at RCSI and the Beaumont Hospital and aims to strengthen the electrophysiological element of the center. Mark wants to help to better inform the dosing regimes used in clinical practice. Determining optimum dosage levels for drugs can help clinicians to choose the lowest possible dosage level for someone with epilepsy and can help to counteract any adverse effects, leading to a better quality of life.

Mezzo-soprano Rosie Middleton specializes in new music, she is an experienced performer of contemporary opera who regularly collaborates with composers internationally.

Violist Stephen Upshaw has a strong interest in synthesizing music with other fields and expanding the repertoire of the viola through the commissioning of new music, he has worked closely with many of toady’s leading composers.

The Narrow Gate of the Here-and-Now: Social Fabric 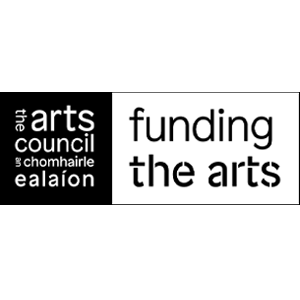 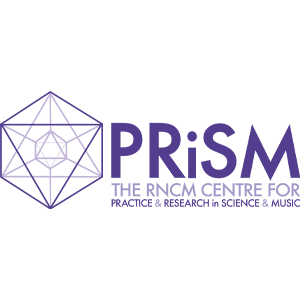 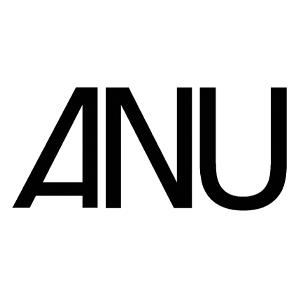