For this exhibition Irish artist Anne Tallentire presents her most recent projects Nowhere else, 2010, and The Readers, 2010, alongside related works including Drift – diagram ix, 2002 – 2010, in collaboration with architect Dominic Stevens, Instances, 1999,  and a re-working of Manifesto (… instead of partial object), 2004, in collaboration with artist John Seth.

Tallentire explores how the ordering and disordering of things can signify cultural and social determinants of daily life. Juxtaposing action, object and image Tallentire makes works that use a range of media such as text, video performance, assemblage, photography and film. Her recent practice employs concepts such as itinerancy and residue in order to negotiate a politics of space and time primarily in relation to urban environments. 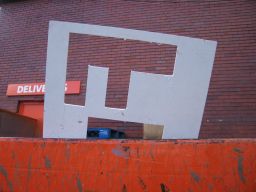 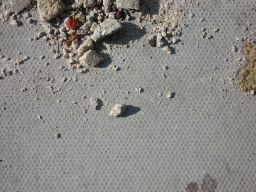 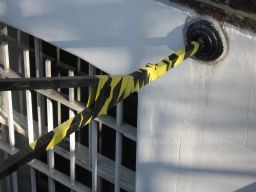 Anne Tallentire was born in Co Armagh and has lived and worked in London since 1984. She studied Fine Art Media at the Slade School of Art from 1986 to 1988 and is currently a Professor of Fine Art at Central Saint Martins College of Art & Design and co-convener of the Double agents project based at CSM. Since 1993 Tallentire has frequently collaborated with John Seth in a practice formalised as work-seth/tallentire.

A fully-illustrated catalogue designed by Åbäke accompanies the exhibition with new texts by Charles Esche, Director of the Van Abbemuseum, Eindhoven; Vaari Claffey, independent curator; Rachael Thomas, Senior Curator: Head of Exhibitions, IMMA, and an interview with the artist by Hans Ulrich Obrist, Co-Director, Exhibitions and Programmes and Director of International Projects at the Serpentine Gallery, London.

A Limited Edition print by Anne Tallentire is available to buy, please follow the link to IMMA Editions

To buy the catalogue for this exhibition please click here

The exhibition is supported by the University of the Arts, London, and the British Council.