All National Programme exhibitions are formed in partnership with venues and groups, who are encouraged to explore and develop a sense of ownership of the IMMA Collection as a national resource.

For all enquiries regarding the IMMA National Programme please contact Johanne Mullan, Collections Programmer, by email to

Analysing Cubism explores the early decades of Cubism and features the work of such celebrated Cubist artists as Albert Gleizes, Evie Hone and Mainie Jellett. The exhibition focuses especially on the Continental scene in which Hone, Jellett and other Irish artists worked in the 1920s and ‘30s, learning from and contributing to the development of European Modernism.

Analysing Cubism explores the early decades of Cubism and features the work of such celebrated Cubist artists as Albert Gleizes, Evie Hone and Mainie Jellett. The exhibition focuses especially on the Continental milieu in which Hone, Jellett and other Irish artists worked in the 1920s and ‘30s, learning from and contributing to the development of European Modernism.

Analysing Cubism takes its title from the early years of the movement, sometimes referred to as ‘Analytical Cubism’. However, the exhibition extends its scope to the end of the Second World War, a watershed in modern art when the focus shifted from Paris to New York. It  looks at the work of a number of pioneering Irish artists who travelled to France and further afield to study modern art. The exhibition seeks to place these artists in context, examining the influence of their teachers, as well as exploring the work of some of the leading international exponents of Cubism.

The exhibition focuses on the Irish artists May Guinness, Jack Hanlon, Evie Hone, Mainie Jellett, Norah McGuinness and Mary Swanzy, and on their English counterparts Paul Egestorff and Elizabeth Rivers. It also includes work by European painters such as Georges Braque, Albert Gleizes, Juan Gris, Henri Hayden, André Lhote and Pablo Picasso. The largest concentration of work in the exhibition is by Gleizes, Hone, Lhote and Jellett – in recognition of the extensive influence that these artists had on modern Irish abstract painting.

Analysing Cubism is presented as part of the programme of visual arts events celebrating Ireland’s Presidency of the European Union and is supported by the Department of Arts, Heritage and the Gaeltacht. The exhibition is presented with the support of the French Embassy in Ireland and The Irish Times.

Admission is free to all talks and lectures but booking online is essential. Booking lines will be open shortly and a link to the booking line will be available from this page.

A fully-illustrated catalogue, published by IMMA, accompanies the exhibition, with texts by Peter Brooke, painter and author of Albert Gleizes, For and Against the Twentieth Century, published by Yale University Press; Dr Riann Coulter, art historian and Curator of the F.E. McWilliam Gallery and Studio; Dickon Hall, author of books on Nevill Johnson and Colin Middleton; Dr Roisin Kennedy, lecture Art History Department, University College Dublin; and curator of the exhibition Seán Kissane.

The catalogue is available to purchase from the IMMA bookshop or online at www.theimmashop.com 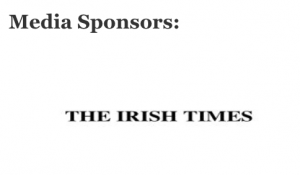