Becoming is a mid-career retrospective of the work of Alice Maher, one of Ireland’s most respected and influential artists. Including painting, sculpture, photography and animation, the exhibition will include seminal works such as Berry Dress, 1994, from the IMMA Collection; Familiar, 1995, from the Crawford Art Gallery, and many other works held in IMMA’s own Collection.

Becoming is a mid-career retrospective of the work of Alice Maher, one of Ireland’s most respected and influential artists. Including painting, sculpture, photography and animation, the exhibition will include seminal works such as Berry Dress, 1994, from the IMMA Collection; Familiar, 1995, from the Crawford Art Gallery, and many other works held in IMMA’s own Collection.  The title Becoming, hints at some of the main preoccupations of the artist and the themes that will be explored in the exhibition.  A dress can be becoming or flattering; one’s behaviour can become you, as you act in an appropriate way within a social construct; but becoming also points at a point of transformation where something becomes something else, Maher’s work has always placed itself at this nexus, a point of metamorphosis where there is continuous flux as states shift and the familiar becomes otherworldly or unknown – where the inappropriate and the unacceptable are constantly called into play.

Maher’s work is itself in a state of continuous metamorphosis as her themes and interests have manifested themselves in differing states during the past twenty years.  Material transformation is evident as the artist has interrogated her subject through the use of painting, drawing, sculpture, video, and more recently digital technologies and new media.  Through constant change, reworking and examination, Maher uncovers evermore complex readings and meanings of the world around us.

Film Screening: Cassandra: fragments of a playscript – A film by Olwen Fouéré and Kevin Abosch from a text by Anne Enright

Twenty five years ago, Anne Enright wrote the beginnings of a playscript about the figure of Cassandra for the actor Olwen Fouéré. The text re-emerged in the catalogue of Alice Maher’s mid-career retrospective Becoming and ignited Alice Maher’s creation of her most recent work Cassandra’s Necklace. 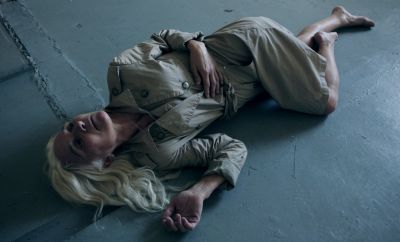 Alongside this project, Olwen Fouéré, having collaborated with Alice Maher at an early stage of Cassandra’s Necklace, embarks on her own exploration of Enright’s text. Performed by Olwen Fouéré and co-directed by Kevin Abosch, the film has been shot in the disused medical and forensic laboratories of the former University College Dublin at Earlsfort Terrace.

Live Performance – The Gift: A respone to Cassandra’s Necklace by Alice Maher 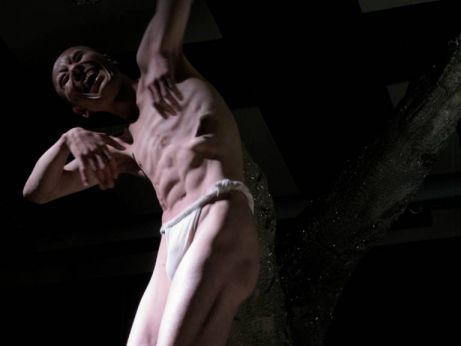 A fully-illustrated catalogue, published by IMMA and distributed by D.A.P. New York, will accompany the exhibition, with texts by Dr Penelope Curtis, Director of Tate Britain; Booker Prize-winning author, Anne Enright; Dr Ed Krčma, Lecturer Modern and Contemporary Art, UCC; Dr David Lloyd, Professor of English at the University of Southern California; Dr Catherine Morris curator and author of Alice Milligan and the Irish Cultural Revival (Four Courts Press, 2012), and curator of the exhibition Seán Kissane. Price €30.00. The catalogue will be available to buy from the IMMA Bookshop or online from 6 October at 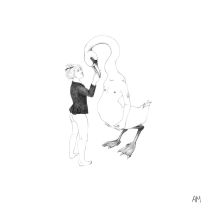 Born in 1956, Alice Maher studied at the University of Limerick and the Crawford College of Art, Cork.  She was awarded a Master’s degree in Fine Art from the University of Ulster and shortly after a Fulbright Scholarship to San Francisco Art Institute.  Her work involves many different media including painting, drawing, sculpture, print, photography and installation.  She has exhibited widely in Ireland, England and the United States, and represented Ireland in the 22nd São Paolo Bienal.  In 2008, the David Nolan Gallery in New York hosted a solo exhibition of new drawings and sculptures titled Hypnerotomachia.  In 2007, a large survey show of her work, Natural Artifice, was held at the Brighton and Hove Museums.  Also in that year she completed a major drawing installation, The Night Garden, for the Royal Hibernian Academy in Dublin.

here to go to the Second Level Schools webpage.

here to go to the Primary Schools webpage.

The exhibition is supported by THE IRISH TIMES.