Lisa Moran is Curator of Engagement and Learning Programmes in the Irish Museum of Modern Art. Recent projects include the IMMA Summer School; Groundwork a series of published case studies about research in an art museum context; and IMMA|texts a commissioning strand to encourage critical engagement with IMMA’s programmes. Her PhD research focused on artistic responses to memory and difficult pasts in the work of Polish artist Mirosław Bałka and she lectures on modern and contemporary art with a particular emphasis on commemoration, memorialisation and art in public spaces. By Lisa Moran
Fri May 12th, 2017 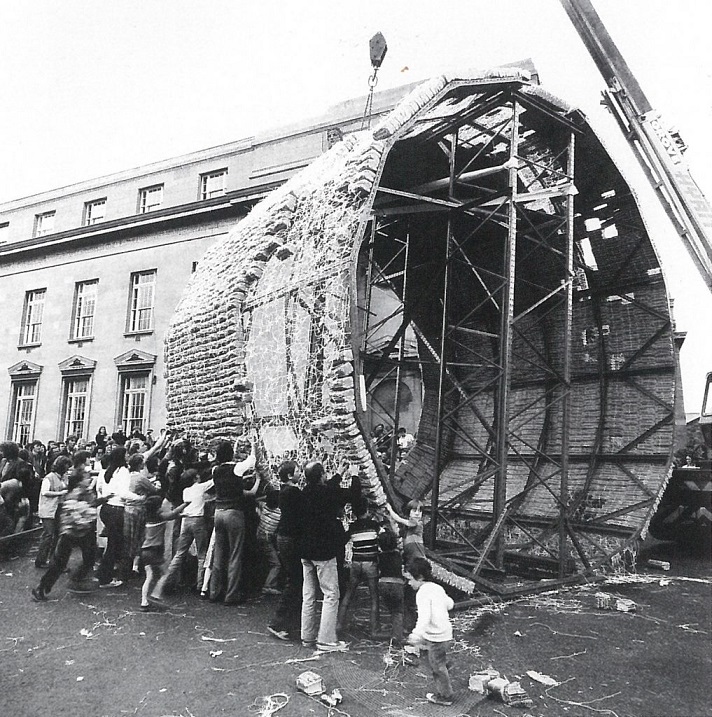 Rosc, which means ‘poetry of vision,’ was a series of exhibitions of international art that took place approximately every four years between 1967 and 1988. In collaboration with the National Irish Visual Arts Library (NIVAL), IMMA is marking the 50th anniversary of the first Rosc exhibition, in 1967, through a programme of events which will unfold over the course of 2017. This programme includes new research undertaken by Dr. Brenda Moore McCann which informs a display of archival material from NIVAL and films and news clippings from the RTÉ Archives (in IMMA’s Project Spaces (5 May – 19 June) relating to the Rosc exhibitions. The display will be complemented by a programme of talks, artist commissions and a symposium in the Autumn. Through this inquiry we hope to revisit the art historical account of Rosc in terms of its intentions, impact and legacy, particularly as it relates to IMMA. We asked ROSC50 co-curator Lisa Moran to tell us more about the project

There are many accounts of Rosc and a wealth of information in the archives of NIVAL, RTÉ, the Irish Photo Archive and many other public and private archives. We hope, over the course of this inquiry, that some of the myths and realities of Rosc, particularly with regard to its impact on the public and on Irish art and artists, can be explored and that this will contribute to a renewed understanding of Rosc.

Rosc attracted large audiences and considerable public interest evident in the early Roscs in the large attendance numbers and numerous letters to the paper. As a relatively recent event, still within lived memory, we are interested in hearing about people’s memories of Rosc. We are inviting people to visit the Rosc display in IMMA’s Project Spaces (5 May to 19 June 2017) and to contribute their memories to this growing archive. You can also do this using #ROSC50 or by email to [email protected]

Each Rosc exhibition was accompanied by a supplementary exhibition intended to create a dialogue with the main exhibition. For example, the first Rosc exhibition in 1967 was supplemented with an exhibition of ancient Celtic art to draw attention to the relationship between the inherent tendencies towards abstraction in such objects and abstraction in modern art. However, the proposal to remove several ancient monuments from their original sites such as the Tau Cross of Kilnaboy and to situate them within an exhibition of modern art evoked considerable public consternation and numerous letters to the paper.

There were many controversies associated with Rosc during its 21 years, most notably the exclusion of Irish artists from the first two Rosc exhibitions and the ongoing debate about the representation of Irish art and artists in Rosc. There were no Irish artists in the first two Rosc in 1967 and 1971, and only two artists – James Coleman and Patrick Ireland – were included in the 1977 Rosc.

The Rosc exhibitions attracted large audiences and the Department of Education enabled all schools to take a day to visit the exhibition, establishing an important precedent which was sustained for the subsequent Rosc exhibitions. The Rosc exhibitions also received considerable national and international critical attention. The American art critic Clement Greenberg was a regular visitor and can be seen here with a loaf of Buttercrust bread which he liberated from Argentinian artist Marta Minujin’s James Joyce Tower at Rosc ‘80. Minujin used 5,000 loaves of Buttercrust bread to create a replica of the Martello tower in Sandycove associated with James Joyce. At the end of the event, the bread was given away to the public. According to art historian and critic Dorothy Walker, who was one of the members of the Rosc committee, ‘Greenberg rather liked coming to Ireland for a good argument.’[1]

Rosc provided an opportunity for some emerging international artists to be shown in Ireland for the first time. For example, Marina Abramovic and Ulay first performed Rest Energy in Rosc ’80, which involved Ulay holding a steel arrow pointed directly at Abramovic’s heart for four minutes. Rosc also enabled established artists such as Joseph Beuys, who featured in Rosc ’77 and Rosc ’84 exhibitions, to build on existing relationships with Ireland and to reach a wider audience.

The Rosc exhibitions took place during a particularly volatile period of social, cultural and political change. The Troubles, which began in the early 1970s and continued into the 1990s, had an impact on the level of public and critical engagement with Rosc. As Dorothy Walker notes:

Kienholz had wished to install his version of Russian roulette, which involved the extremely remote possibility that a spectator taking a seat opposite a loaded rifle would activate the mechanism and shoot him or herself dead. While not wishing to curb the creativity of the artist, the selection committee felt that, at that time in Ireland, there was enough unsolicited violence and killing without introducing a life-or-death gamble into an art exhibition. (Dorothy Walker, 1997, p. 132)

Rosc was dependent on the commitment and dedication of many individuals and they secured significant levels of state and commercial sponsorship even during the financially constrained 1980s. Rosc is also notable for the level of political patronage and support it secured most notably from Charles J. Haughey who was variously Honorary President and Vice-President of Rosc for the duration of the Rosc exhibitions. The centrality of his role is reflected in the work From the Animal Farm: Charles J. Haughey, 1988, by Tim Rollins and K.O.S. collective, which was made for the last Rosc in 1988.

There is no doubt that the Rosc exhibitions made an enormous contribution to the Irish art environment, both in terms of what they did and failed to do. They provided an opportunity for a range of contemporary practice to be seen on a large scale, they created an appetite for art even if, in some cases, it was for the controversy it engendered. They secured a level of political patronage that remains unprecedented and, in their selections and exclusions, they emboldened Irish artists to assert themselves in this contested sphere of contemporary practice.
To open the presentation of archival material in the Project Spaces, Exhibitions Curator, Seán Kissane, gave an introductory talk about Rosc at 1:00pm on Friday 5 May in the lecture room.

On the 15 May IMMA/NIVAL Researcher Dr. Brenda Moore McCann will give a presentation on her research into the international artists’ experience of Rosc. On 31 May, we will also have panel discussion featuring several of the Irish artists, including Kathy Prendergast, Robert Ballagh and Nigel Rolfe, who were involved in Rosc chaired by Christina Kennedy, Head of Collections, IMMA.
[1] Dorothy Walker, Modern Art in Ireland, Dublin: Lilliput Press, 1997, p. 133 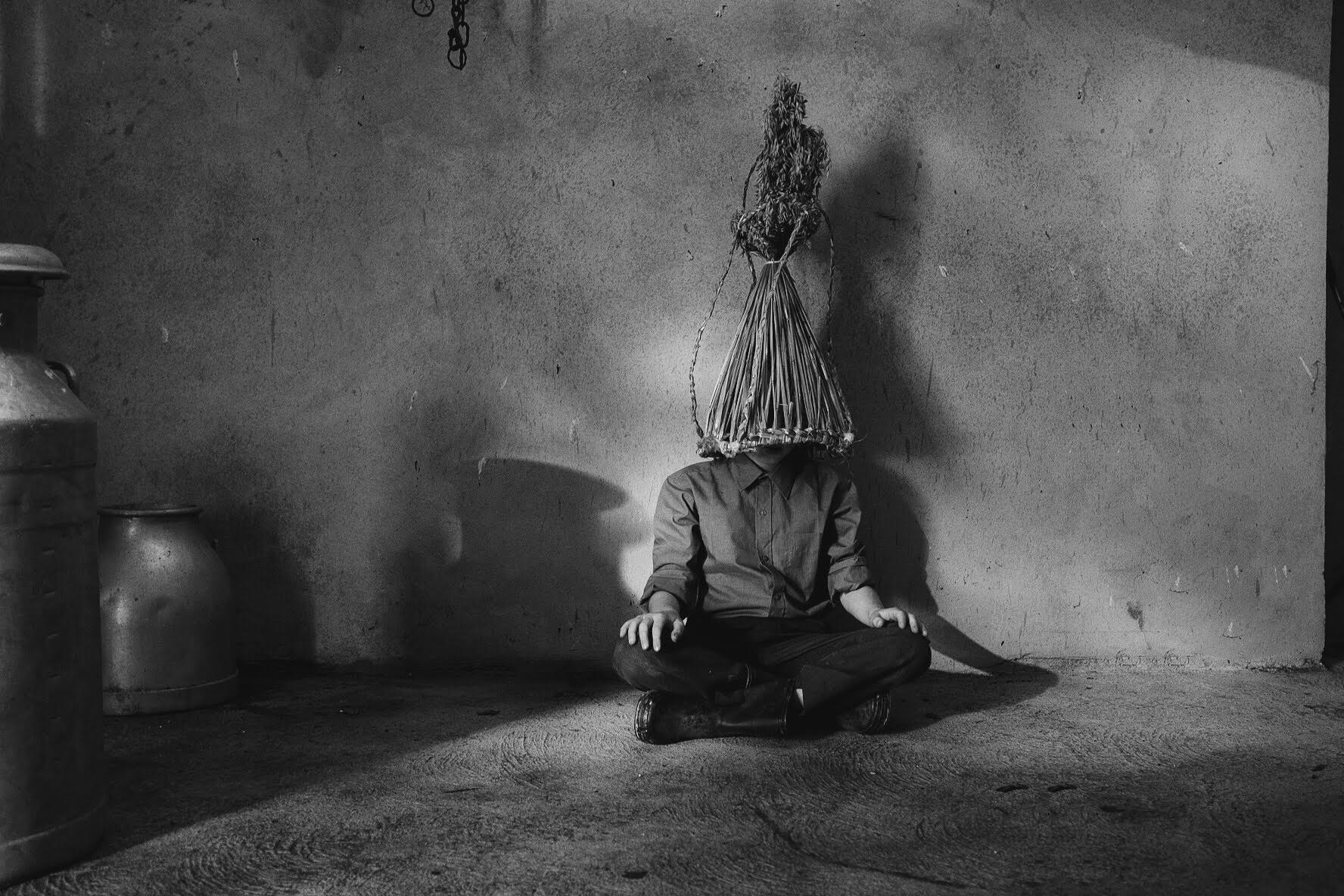 Saints, Scholars and Schizophrenics' (1979/ 2001) is an objective study of rural Irish life in the small town of 'Ballybran' in the 1970s. Plagued by social and individual problems, anthropologist Nancy Scheper-Hughes was intrigued by the social life of the villagers and how their culture, language, religion, values, interactions, and way of life contributed to the community's daily life and overall slow, yet steady decline through illness, emigration and isolation. Scheper-Hughes took particular interest in the prevalence of mental illness in rural communities, especially amongst men who often suffered from severe depression and schizophrenia. On a recent return to Ireland in late March 2017, at the invitation of the School of Applied Social Studies, University College Cork (UCC), Scheper-Hughes appeared for two speaking engagements to discuss what was her first major work Saints, Scholars and Schizophrenics', and how it has served as a source of inspiration for artist Duncan Campbell.  Campbell's new film work The Welfare of Tomás Ó Hallissy (2016) was, in part, inspired by Scheper-Hughes' debut. In IMMA she spoke publicly with Campbell and Professor Luke Gibbons, reflecting on her experiences of tracing the social disintegration of a remote village in Ireland and her lat...
Manage Cookie Consent
By clicking “Accept Cookies”, you agree to the storing of cookies on your device to enhance site functionality and analyse site usage.
Manage options Manage services Manage vendors Read more about these purposes
Cookie Settings
{title} {title} {title}