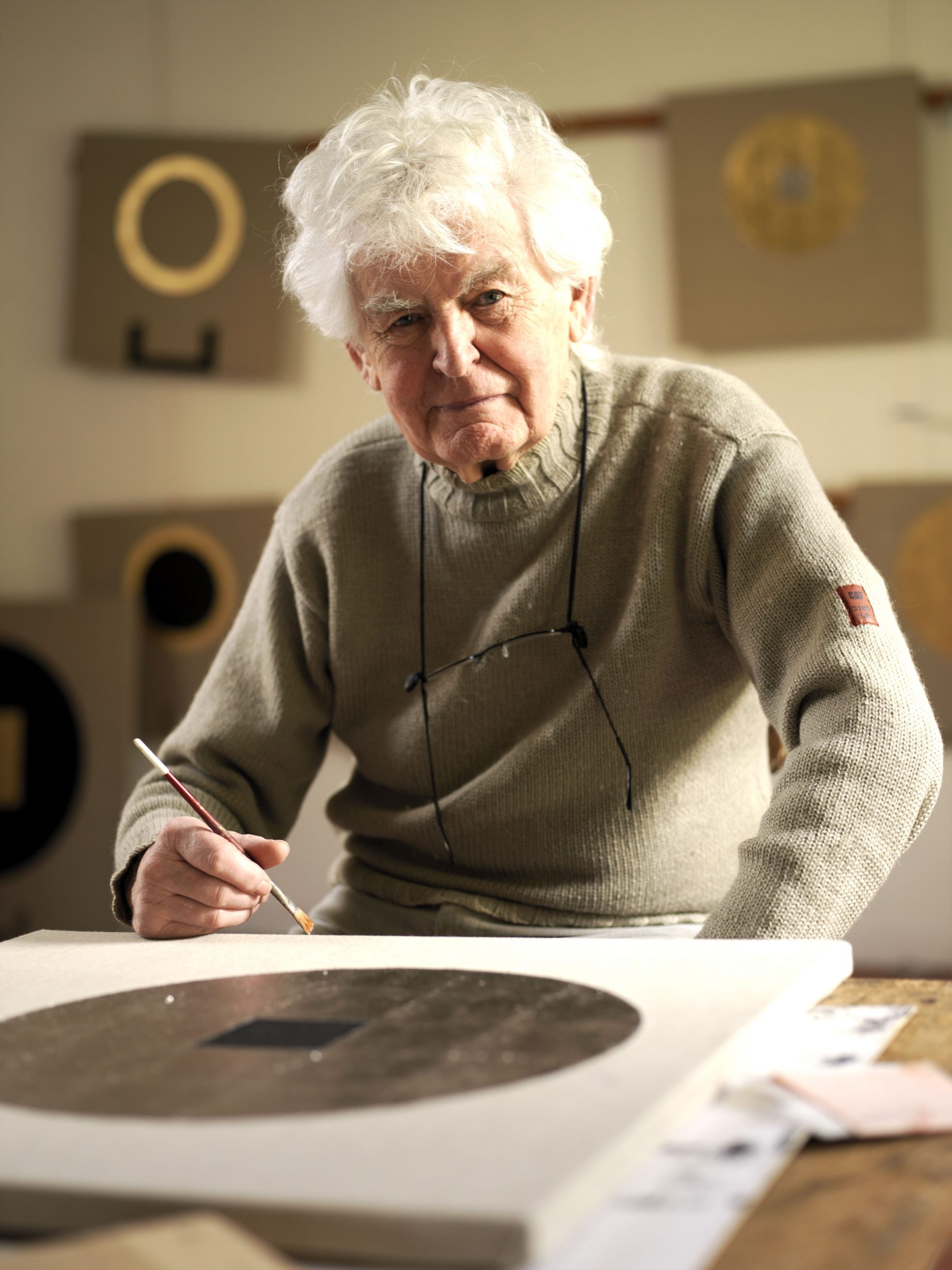 Without making a song and dance, and for all the sweet domesticity of a cat haunted life, and a modest sweetness of nature, Scott has been an artist of huge ambition and major achievement: it's just that he hasn't told anyone about it.” -Mel Gooding, November 2013 When I first sat down to write a blog for the exhibition Patrick Scott: Image Space Light, I had a different plan in mind. Then sadly Patrick passed away on Friday the 14th February, the day before the opening of his exhibition at IMMA.   It has been a privilege to curate the exhibition Patrick Scott: Image Space Light, which is currently running at IMMA and VISUAL Centre for Contemporary Art Carlow. The exhibition now performs the double role of being a major tribute to the extent and calibre of Scott’s work as an artist, designer and architect and the esteem in which he is held.  By engaging with his work, there is an immediate and poignant connection with the talent and life of a wonderful individual. One of the defining aspects of working on this exhibition was the need to curate it across two venues and as a single exhibition.  As well as enabling a much larger exhibition, the dual aspect provided unique and exciting challenges as the two venues could not be more different. At IMMA the Garden Galleries consist ...