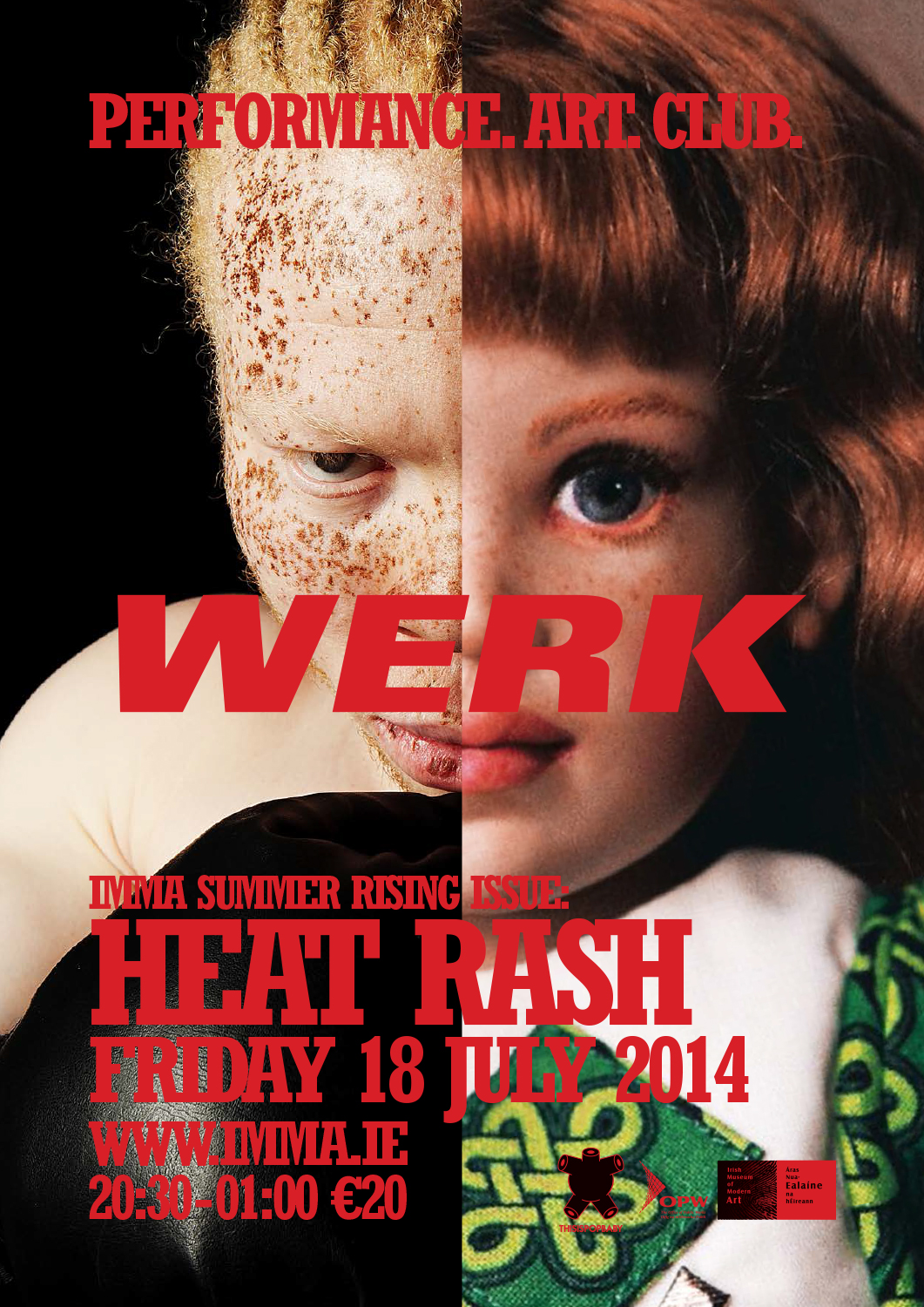 She hasn't missed a single Issue of WERK thus far (well, she didn't make it to the Melbourne one, but apart from that)...Soracha Pelan Ó Treasaigh, from Dublin, is blogging for IMMA today about what makes the shows so special. She has dedicated her life to culture both high and low, and when not attending events (or watching 90s sitcoms), she works in the Irish Film Institute, with previous roles in the Dublin Theatre Festival and the Festival of World Cultures. -- Jenny (one half of THISISPOPBABY) and I were working together when she and Phillip (the other half) were figuring out just what this club would be that the Abbey Theatre had agreed to let them do in the basement. And Jenny was nervous. Jenny’s fear of starting a club night was that she would end up alone in the toilets crying while the DJ played to an empty hall – but supporting a friend wasn’t my only motivation in buying a ticket (just before it inevitably sold out!). This seemed like a chance to go to something different rather than your typical club night out in Dublin – which generally involved an ill-advised trip to any late night bar that would still serve you after midnight and you might get a (cheesy) bop out of it. So: performance and art as a club, Thisispopbaby, the Abbey Theatre = great expectations. I...
Manage Cookie Consent
By clicking “Accept Cookies”, you agree to the storing of cookies on your device to enhance site functionality and analyse site usage.
Manage options Manage services Manage vendors Read more about these purposes
Cookie Settings
{title} {title} {title}