A work by Deborah Brown, currently on show in the Fragments exhibition, draws inspiration from a text by W.B. Yeats. The sculpture titled The Gate, (1994) was purchased for the IMMA Collection in 2002.

Below is an excerpt from a handwritten letter dated 24 February 2003 from Brown to IMMA. In it, the artist describes some of the scenarios depicted in the work, which were drawn from the W.B. Yeats tale The Merrow:

“The Gate symbolizes freedom, it is open and the key is in the keyhole. The scenarios inserted at intervals on the grid-like structure have themes dealing with human freedom. The themes were suggested to me by songs in Mahler’s cycle “Des Knaben Wunderhorn” and a legend or folk tale which I read in W.B. Yeats “Irish Fairy and Folk Tales” The Merrow (who was called Coomara).

On the left side of the gate the scenarios are suggested by the songs. The boy is imprisoned in his cell but his thoughts are free. He is sitting within an open grid box. In his thoughts he goes up into the mountains and knocks on the door of his lover. The door is symbolized by an open door frame structure.

On the right side scenarios have been suggested by the Irish legend; The Merrow (Coomara). He makes friends with a fisherman called Jack and invites him down to his house at the bottom of the sea and shows him his room where he keeps the Souls of drowned sailors in his “Soul Cages”. They look like lobster pots. Jack, who is worried by this, invites Coomara to his own house on land, gets him drunk and when Coomara falls asleep Jack goes back down to the seabed again and releases the Souls. My scenarios portray Jack sitting on a rock waiting for Coomara to come and on the seabed with a lobster pot-like cage about to release the Souls.

The legend is worth reading. There is a lot more in it than I have written down.”

Brown’s work can be viewed in the exhibition IMMA Collection: Fragments from 1 May through 26 July 2015.

A Celebration of History at IMMA 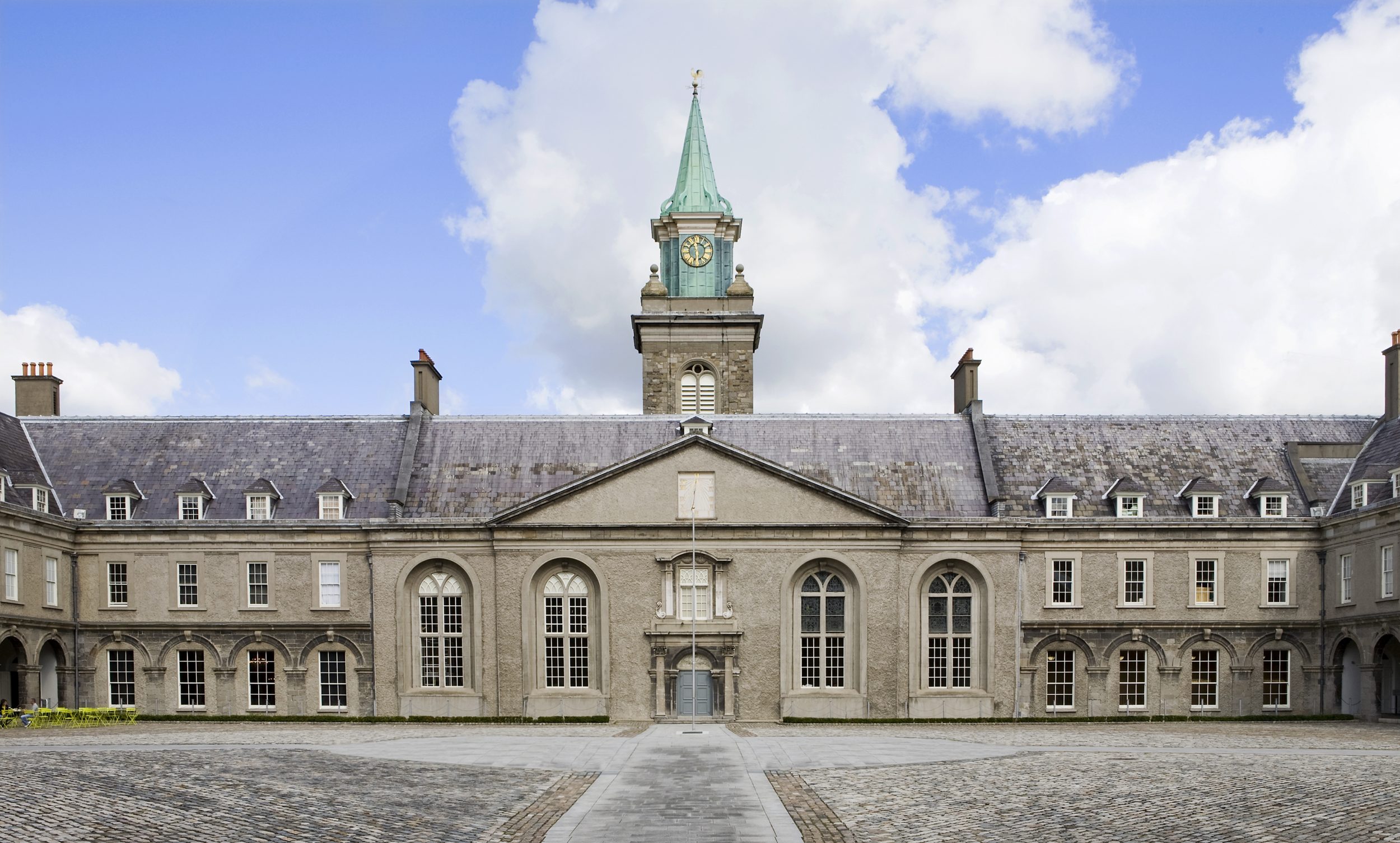 The Irish Museum of Modern Art is extremely fortunate to be housed in the Royal Hospital Kilmainham, one of the finest 17th-century buildings in Ireland. Most notably, the RHK was open as a retirement home and infirmary for nearly 250 years for generations of military veterans who lived and died here. However the history of the Kilmainham site also includes ancient burial grounds, early Christian monuments, a Viking settlement and a medieval monastery. While our focus may be on modern and contemporary art, we are constantly drawing inspiration from our historic surroundings. This Sunday 14 June, on the concluding day of SUMMER RISING: The IMMA Festival, we are focusing on the exploration and celebration of the heritage of the RHK. IMMA is thrilled to have commissioned Doireann Coady & Grace Dyas of THEATREclub to create a new performance work in response to the historical resonances of the site. The resulting work, A horse! A horse! My kingdom for a horse! (a famous horse), is a durational piece that will be performed throughout the afternoon. Their official descriptor is as exciting as it is mysterious: There’s a famous war horse buried in the Formal Gardens at IMMA. His name was Vonolel and he was decorated by the Queen and he was buried with full military honours....
Manage Cookie Consent
By clicking “Accept Cookies”, you agree to the storing of cookies on your device to enhance site functionality and analyse site usage.
Manage options Manage services Manage vendors Read more about these purposes
Cookie Settings
{title} {title} {title}