‘Too Dark for Night’, the second film in the trilogy, depicts violent extremes of climate. In contrast to ‘Forty Below’ the landscape is an arid one becoming engulfed by an ever advancing desert. The desert scenes in sepia tones are accentuated by the grainy quality of the film. 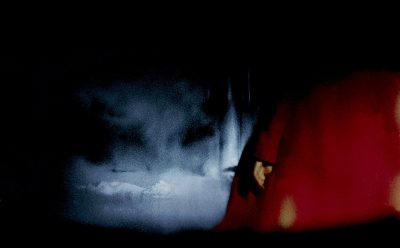