Skip to navigation Skip to content
X
Rebecca Horn, b.1944

Take me to the other side of the ocean1991

German artist Rebecca Horn suffered serious lung damage as an art student as a result of working with toxic materials. During her year-long treatment in a sanatorium she used her artistic imagination to help her to escape the tedium and discomfort of her isolation ward, and to find solace in fantasy. The silent films of Buster Keaton, based on plots in which mundane events could suddenly become dangerous, seemed to her to offer a parallel with her own situation; finding herself in mortal danger while pursuing her normal business. Keaton became an important metaphor, in her work, for the hidden dangers in daily life.

The shoes in ‘Take Me to the Other Side of The Ocean’ are the artist’s own, but are the same kind as those worn by Buster Keaton, while the metal spike suggests a pendulum measuring the passage of time and the blue pigment echoes the colour of the ocean over which the artist’s daydreams will take her.

This work was purchased following the exhibition of Horn’s work at the IMMA in 2000.

Back to Collection
Image Caption
Rebecca Horn, Take me to the other side of the ocean, 1991, Shoes, glass funnell, blue pigment, metal construction and motor, Dimensions variable, Collection Irish Museum of Modern Art, Purchase, 2002

German artist Rebecca Horn explores ideas of sexuality, human vulnerability and emotional fragility in her sculpture, film and performance work. In her early work Horn focused on the body and senses, frequently incorporating performance and elaborate costumes. Later she produced highly narrative, full-length films that incorporated the sculptures and movements from her earlier work, thus transforming their significance. Horn has exhibited worldwide. Her work was the subject of a mid-career retrospective at the Guggenheim Museum in 1993. A comprehensive retrospective of Horn's work took place in 2005 at the Hayward Gallery, London. View Artist 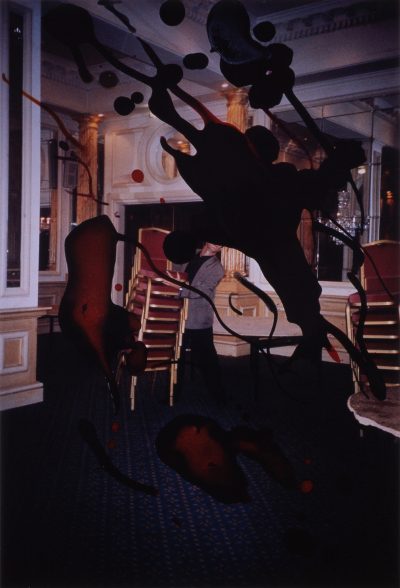 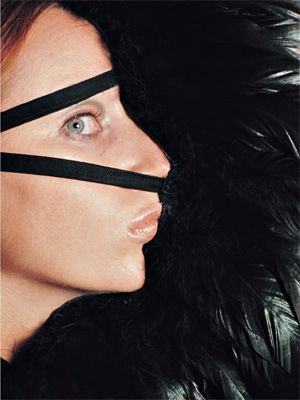