Skip to navigation Skip to content
X
Nick Miller, b.1962

Nick Miller’s ‘South Africa Memory Series’ is based on an intense one month trip to South Africa which the artist undertook in 1991. The series explores the complex nature of a personal encounter with a country in the flux of major political and social change. At the time, the euphoria of Nelson Mandela’s release was subsiding. The African National Congress (ANC) was in the process of transformation from an organisation at war with the ruling apartheid government to a political party negotiating with the government towards accommodation, power sharing and eventual majority rule. These works document a very personal encounter with this country in transition. Travelling through communities in Johannesburg, Cape Town and Durban, Miller visited for the first time the country his parents lift in the 1950s. While there he also visited Kader Asmal, former professor of law at Trinity College Dublin, who had returned from many years of exile in Ireland to serve on the ANC’s constitutional committee. Connections such as this allowed much greater access to aspects of South African Life than would have been possible as an independent visitor.
Some of the most vivid and powerful images in the series derive from short periods in townships around Capetown including Guguletu, Langa, Mitchelsplain and Khayelitsha. These townships, built up during apartheid to service the white urban areas, remained in 1991 ghettos of violence, poverty and unemployment, which it would take much to change.

“In attempting to convey the origin of this work, I drift towards trying to explain South Africa. The work, based on a month’s journey through South Africa in 1991 is less about that country than it is concerned with my understanding and perception of encounters with human relationships of family, race, politics, economics and responsibility. In choosing to make images of this journey, the works had to stand for themselves with minimal explanation of the complex relationships that make up South Africa.
I found it impossible and undesirable to make work while travelling. In reality, too much was happening in and around me, art seemed to pale and be far removed from the conflicts and passionate energies of the peoples in continuous political and social transformation. In simple terms, I have tried to record the after-images of a powerful and personal journey through a country of which I have always been acutely aware through family history, academic study and of course the news media to which we are all exposed.
Visiting the land my parents left in the 1950s and for the first time, my grandmother who still lives there, I travelled with Rafiq Asmal who was also visiting for the first time. His parents (Kader and Louise Asmal) returned from Ireland to Cape Town and were working for the ANC involved in drafting the new constitution.
Through these living conditions I was able to meet people in many communities and races which would have been hard to do as a complete outsider. Some of the most emotive experiences were in the townships around Cape Town; Langa, Guguletu, Khayelitsha and Mitchelsplain. While all races seem to have experience of the white world through working in white areas, few whites experience or even visit the black townships or rural reserves created to serve the white economy during apartheid. Though only separated by a few miles, the black South African world is as distant from the white as Outer Mongolia; its heart and mind a closed book to the majority of white South Africans.
While travelling I felt my mind and eyes like a video recorder, with extra functions of smell, touch, thought and emotion. I was never sure what would remain, all my senses were overloaded with the reality of the experience. On returning to Ireland, I tried to retrieve images like organic ‘video-grabs’ from my memory bank. These, recorded directly from the water-colour series. They naturally came to an end when I found myself starting to invent memories for art’s sake.”
Nick Miller, February 1994.

Self-taught painter Nick Miller moved from London to Ireland in 1984. Miller’s work is figurative, and concerned with memory and subjective experience. His paintings and drawings of friends and family members, often from an unusually close range, parallel landscapes painted from a mobile studio devised to minimise the separation between artist and subject. Miller has exhibited in Ireland and internationally since the 1980s. His work is represented in many public and private collections. Miller was elected a member of Aosdána in 2001. View Artist 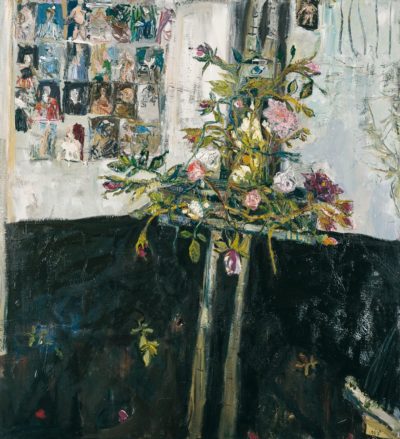 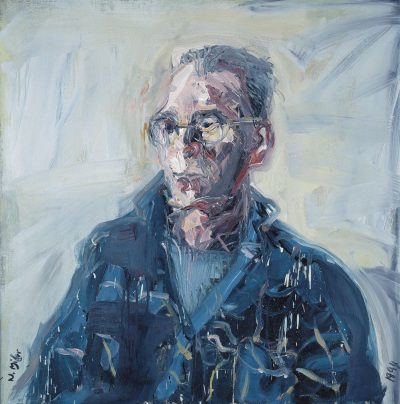 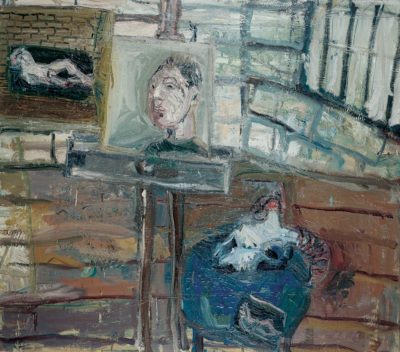 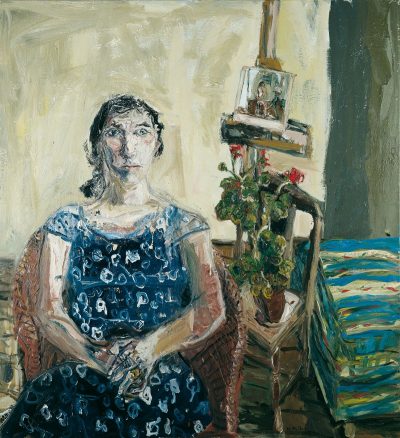