Scott played a central role in the design of the first Rosc exhibition, held in 1967. His graphic designs often adapted indigenous cultural forms into modernist motifs. ‘Small Rosc Symbol’ created a syntax between Ireland’s ancient past and present. It not only encapsulated the various literary and cultural interpretations of the ancient Irish word Rosc, (meaning both ‘poetry of vision’ and ‘battle-cry’ suggesting, as it does, both an eye and an open mouth), but also conveyed the essence and timelessness of the stylised and near-abstract forms found on the carved stones and metalwork of ancient Ireland in a positive and progressive manner. As a graphic identity ‘Small Rosc Symbol’ appeared on the catalogue cover of Rosc 67, headed the press release, appeared on the invitation, as well as on other promotional material. 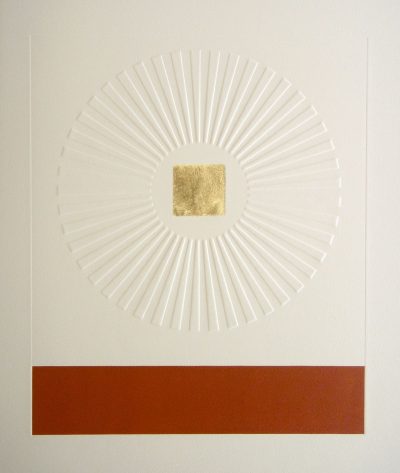 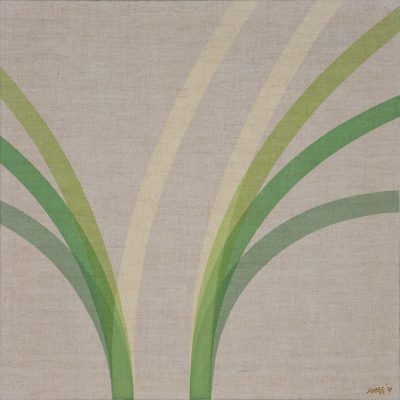