‘Scraping the Surface’ was part of a series which Kindness made during his residency at PS1 in New York in 1991. Kindness has said that he is interested in the detritus of human life. In this work he has etched a familiar New York taxicab door that he found abandoned in the street. The yellow paint of the door was scraped away and then darkened with a metal oxide resulting in a black image on a yellow background – deliberately reminiscent of classical Greek vases. The work parodies contemporary values and notions of the hero.

Throughout his career the Belfast-born artist has used traditional methods of working such as mosaic and fresco painting; exploring contemporary themes and defying conventional notions of the fine art object while drawing on established traditions. By deliberately mimicking the visual styles of Ancient Greek vase-painting that survive through archaeological excavation, Kindness suggests that the residues of contemporary life will be the artefacts of the future.

Throughout his career John Kindness has used traditional methods such as mosaic and fresco painting to explore contemporary themes and defy conventional notions of the fine art object. By mimicking the visual styles of Ancient Greek vase-painting, he suggests that the residues of contemporary life will be the artefacts of the future. View Artist 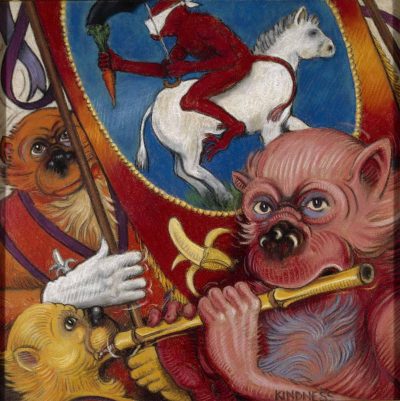 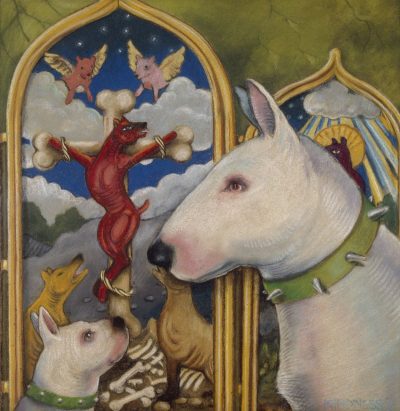 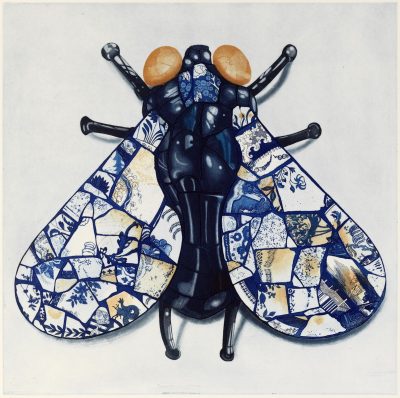