People and a Morris Louis1975

In 1972, Ballagh began his ‘People at an Exhibition’ series, an extensive body of paintings of people looking at paintings by international artists such as Mondrian, Warhol, Jasper Johns and many others, as well as Irish artists such as Michael Farrell, Patrick Scott and Cecil King. The work in Ballagh’s ‘People and a Morris Louis’ is a variation on Louis’s major work ‘Beta Lambda’, 1961. 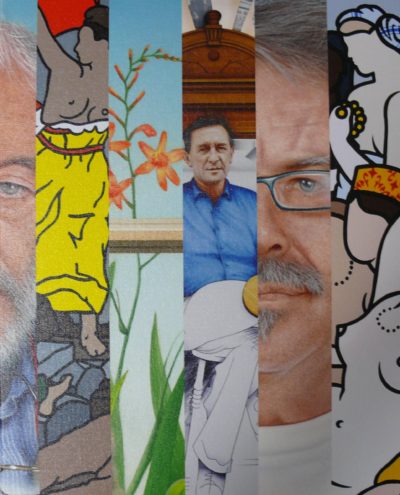