Painter About to Paint a Painting1991

Michael Cullen celebrates both the medium and the process of painting in his work. He loves colour and the physical feel of oil paint, sometimes applying it in thick sculptural ridges, sometimes more smoothly, and always bounded by an amazing variety of outlines ranging from the thin and delicate to the ebullient and jagged. Cullen is prominently associated with the Neo-Expressionist trend in Irish Art which was particularly strong in the 1980s and early 1990s. In his view paint is something we see in rather than through, creating a dialogue between the viewer and the work, rather than offering a window on to another world.

‘Painter about to Paint a Painting’ salutes Cullen’s favourite painting from the collection in the National Gallery of Ireland:- Jack B Yeats’s ‘About to Write a Letter’ which has a similar composition. Unlike Yeats, however, Cullen’s artist/protagonist is always assertively male and the model is always female. His work overtly refers to Vincent Van Gogh whose tell-tale straw hat features prominently on the head of the painter in this, as in other pictures from this period.

Wicklow born artist Michael Cullen studied at the Central School of Art and Design, London and the National College of Art and Design, Dublin. Cullen is prominently associated with the Neo-Expressionist trend in Irish art of the 1980s and early 1990s. He has spent various periods living and working abroad in Spain, Morocco, the United States, Mexico and Berlin. Cullen’s paintings are included in many public and private collections. He is an elected member of Aosdána. View Artist 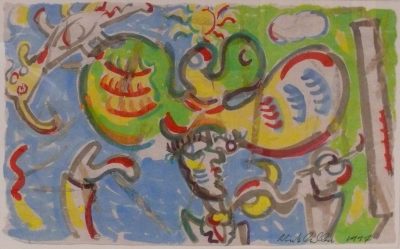 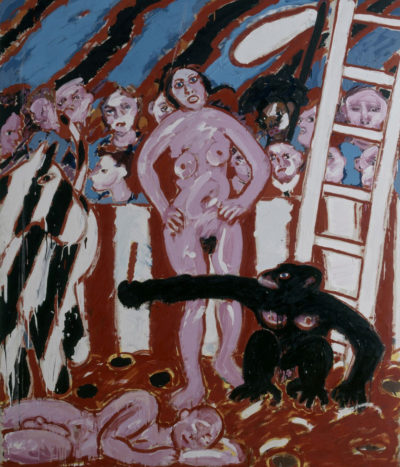 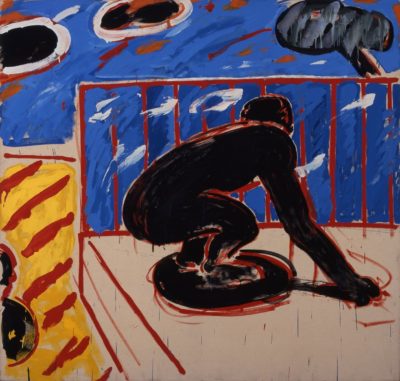