Skip to navigation Skip to content
X
Daniel Budnik, b.1933

Daniel Budnik shot this image, No More
Storms in ’75, while working with Donald
Dale Jackson and Peter Wood on an American
Wilderness book of the Sierra Madre region
for Time-Life Books in August 1974. In it he
captures a lightning storm in Chihuahua,
Mexico’s biggest state. This image of the
fleeting lightning against the expanse of
storm clouds with a hint of sunlight breaking
through is testament to Budnik’s skill and
experience as a photographer. To photograph
lightning demands great skill in setting
exposures; and a combination of dexterity,
patience and chance in order to capture the
momentary natural phenomenon. As well as
being renowned for his intimate portrayals of
Abstract Expressionist artists of the New York
School and major figures and events in the
civil rights movement, Budnik is known for
his activism on a number of environmental
issues, including strip mining on lands sacred
to the Hopis and Navajos, the Hudson River
Ecology Project and Big Mountain: Hopi-Navajo
Forced Relocation.

American artist Dan Budnik studied at the Art Students League of New York in the 1950s. He then worked for Magnum between 1957 and 1964. Budnik has photographed for many leading journals including ‘LIFE’, ‘Newsweek’, ‘Sports Illustrated’ and ‘Vogue’. He is known for his intimate portrayals of prominent groups including the Abstract Expressionists of the New York School and key figures in the civil rights movement. He has received many awards and is included in significant photographic collections. View Artist 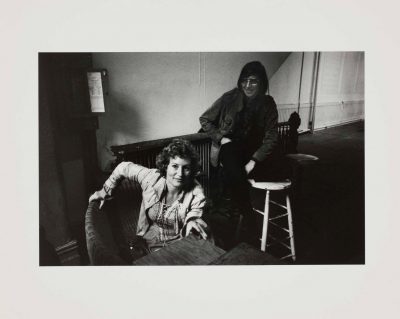