Colin Middleton was deeply affected by war in Europe, firstly by the Spanish Civil War and then by World War II and the Belfast Blitz. The almost impressionist views of the city which he painted in 1939-42 may represent a need to blot these horrors from his consciousness but the blackout certainly inspired such paintings as ‘Fish and Chips’. After the worst moments of the Belfast Blitz the decision to restore and re-open the Belfast Museum and Art Gallery brought with it an invitation to Middleton to have a solo exhibition. He showed 115 paintings and John Hewitt who curated the exhibition described how Middleton hung the pictures – “Seventy four of them in groups of eight, combined in different thematic arrangements.”*

Northern Irish painter Colin Middleton studied at Belfast College of Art and from 1947 worked as an art teacher. Middleton’s prolific output in a variety of modernist styles is characterised by a strongly surrealist vision and lifelong interest in documenting the lives of ordinary people. A major retrospective of Middleton’s work took place at the Ulster Museum and Dublin City Gallery The Hugh Lane in 1976. An extensive exhibition ‘Colin Middleton: Paintings and Drawings’ was held at IMMA in 2001. View Artist 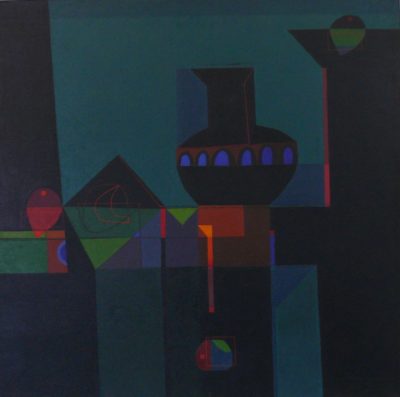 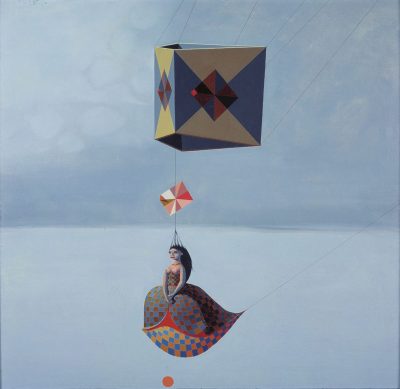 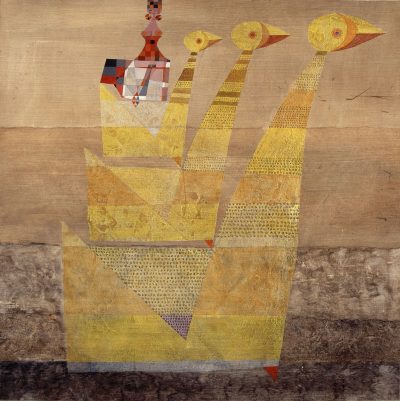 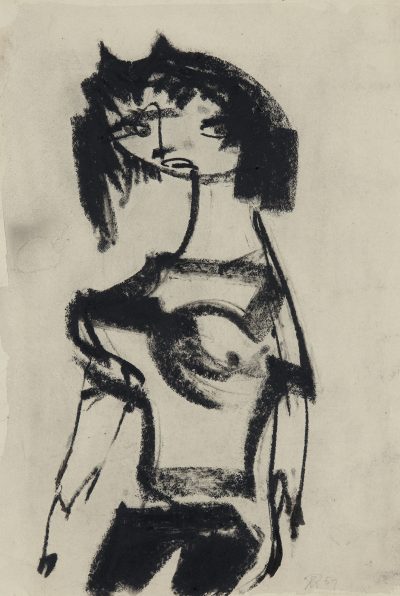 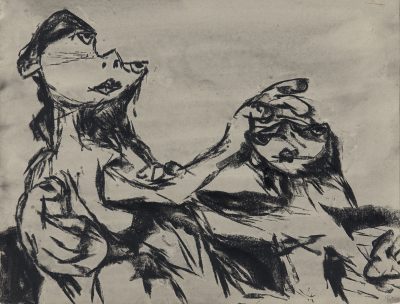 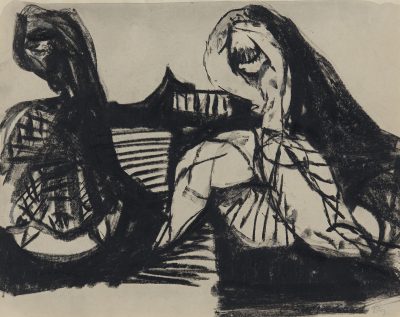 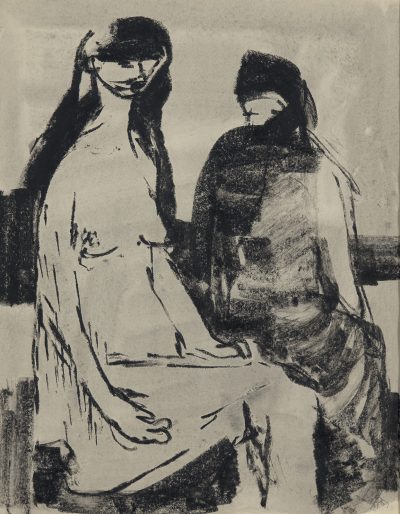 By the Sea Wall Colin Middleton 1959 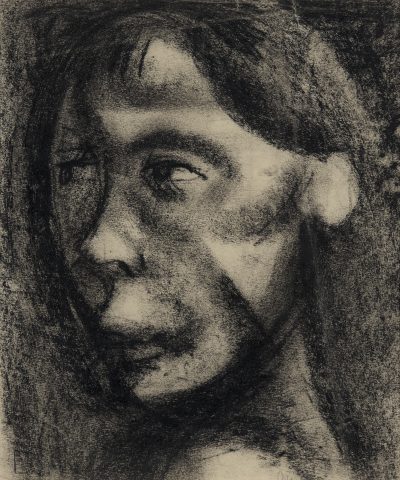 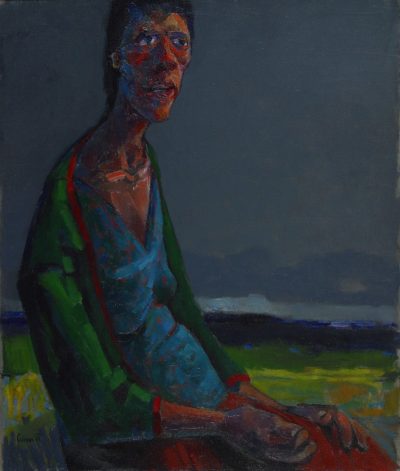 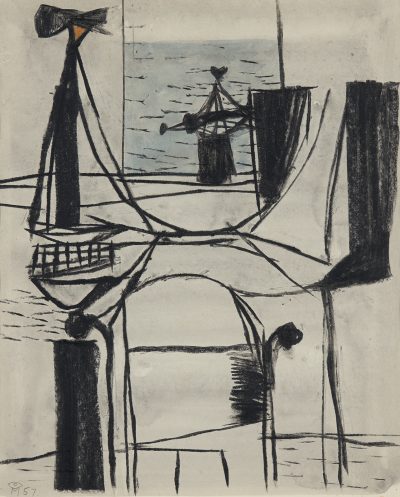 Kate at the Piano Colin Middleton 1957 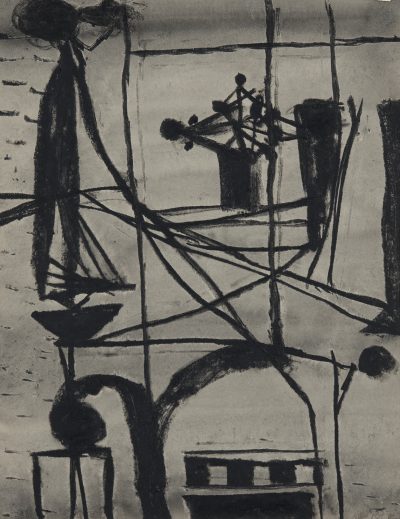 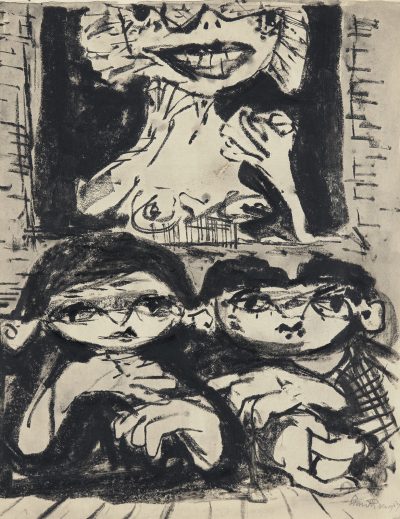 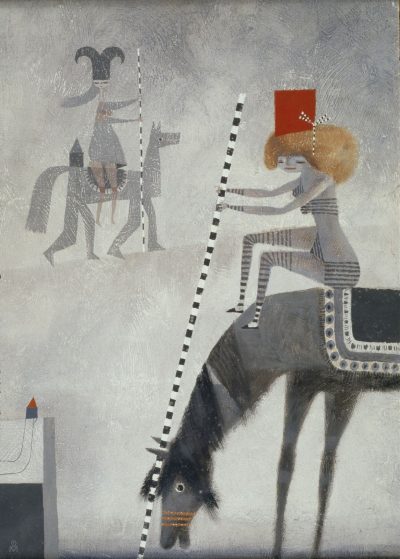 Encounter with Half a Horse Colin Middleton 1955

Sadie and May, Landgirls Colin Middleton 1947 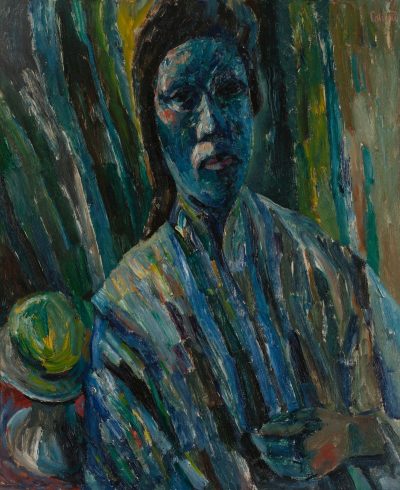 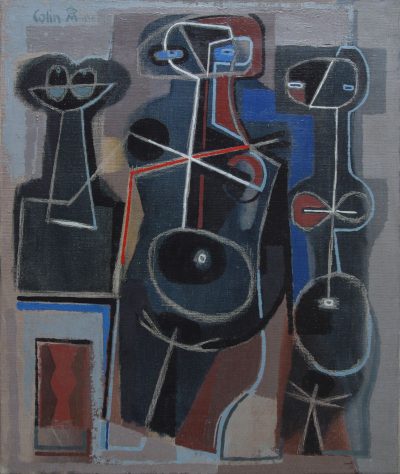 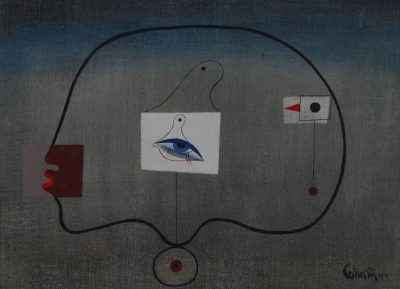 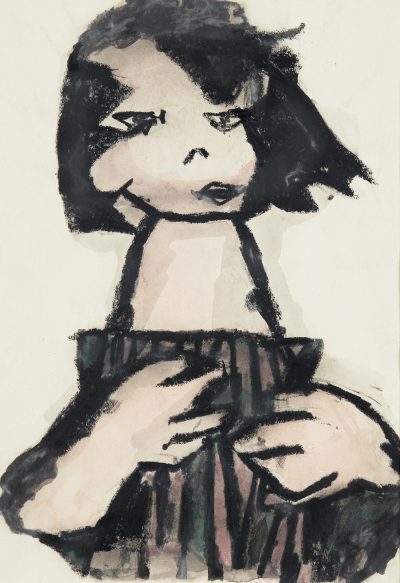 To and Fro (for Jimmy Yancy) 4 of 5 Colin Middleton