Clarendon Road is a 2000 work by Howard Hodgkin. It is part of the IMMA Permanent Collection.

British painter Howard Hodgkin studied and subsequently taught at the Bath Academy of Art. Hodgkin’s interest in reconciling figuration and abstraction was evident in his work from the 1960s. Following shows in Britain and Europe in the 1970s, Hodgkin represented Britain at the Venice Biennale in 1984 and was awarded the Turner Prize in 1985. Major retrospectives of his work were organised in the US and Britain in 1995 and 2002. A solo exhibition of Hodgkin’s paintings was held at IMMA in 2006. View Artist 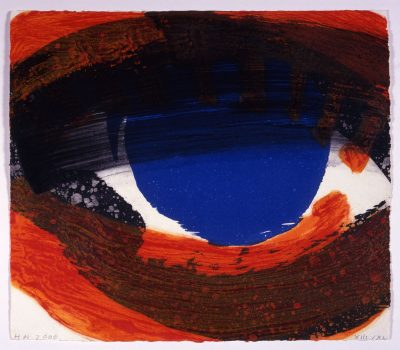