Barrie Cooke moved to Ireland in 1954 and has been closely associated with the Irish Landscape ever since. He lived in the Burren in Co Clare, during the 1950s and 1960s and like most artists his surroundings and experiences was his inspiration.
The artist used the human figure explicitly in his work and applied the same fluid brushstrokes in his treatment of the female nude as he did in his landscapes.
Cooke carried a sketchbook with him and constantly recorded scenes, which he referred to in his paitings whether it was a rock, a stream or an animal. In the absence of a sketchbook he stated that he traced the line on his hand with his finger, training the eye to capture and record the image through memorizing the line, which later became the brushstroke.

Cooke produced sculptures he called ‘Bone Boxes’, in the early 1970s. They inspired his friend Seamus Heaney whose Bog Poems (1975), were illustrated with drawings by Cooke. 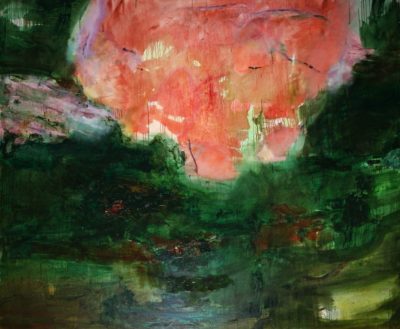 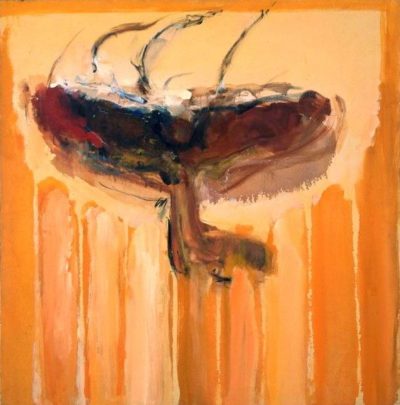 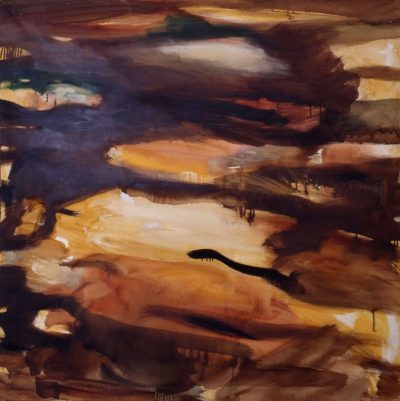 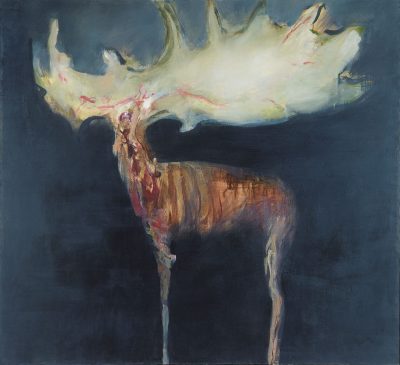 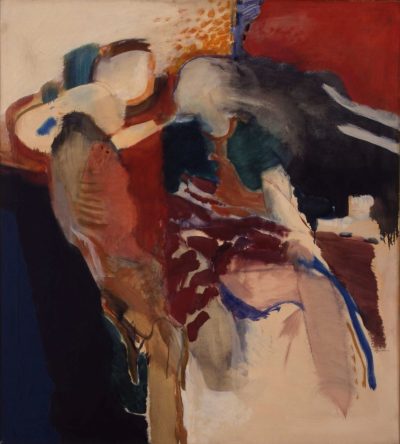