‘As Was’, which was painted in 1993, is reminiscent of an early Renaissance diptych in which a dialogue is set up between the canvas panel with its bold, horizontal stripes and the matt blue/brown of the metal one. Continuity and repetition are suggested through the use of similar insets of vertical stripes but their meaning is made subtly different by virtue of their contrasting surroundings. Light bounces off the painted metal but is quietly absorbed by the canvas panel. The crisp machine edge of the metal is challenged by the soft and often uneven edges of the painted stripes. The suggestion of a closed ‘frame’ of metal around the inset on the right is neutralized by the openness of the striped ground on the left. In line with the artist’s dislike for ‘closure’, nothing here is fixed.

Sean Scully is renowned worldwide for his adherence to the stripe in his expressionist painting. In the 1980s Scully loosened the precise grid-like style of his early works in favour of bold rough edged columns and panels of thickly applied paint. View Artist 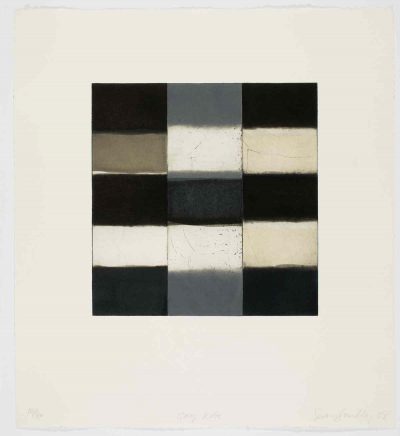 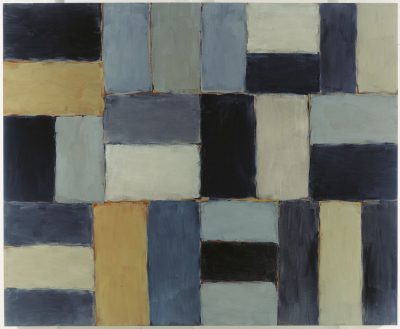 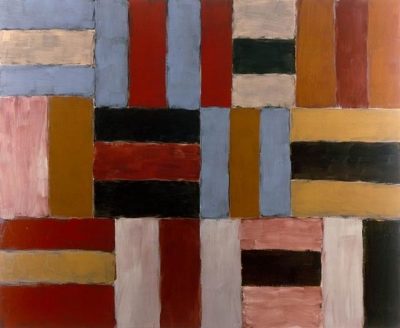 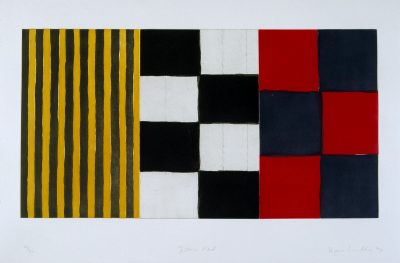 A Flower Given To My Daughter – Pomes Penyeach Sean Scully 1993 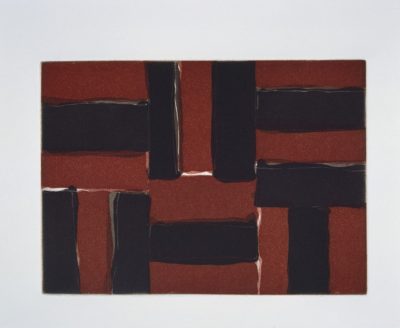 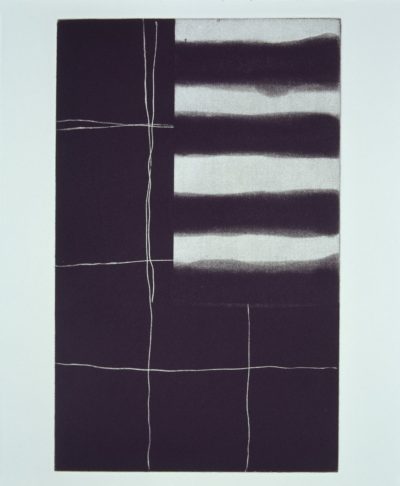 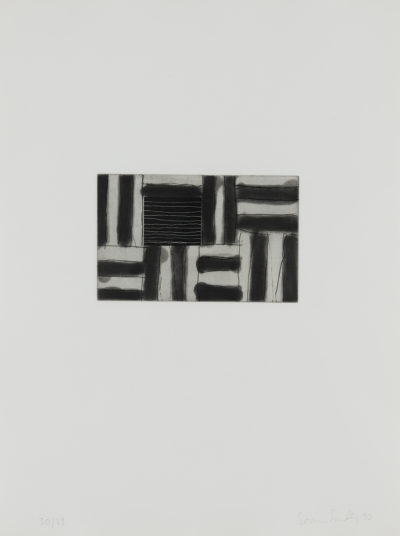 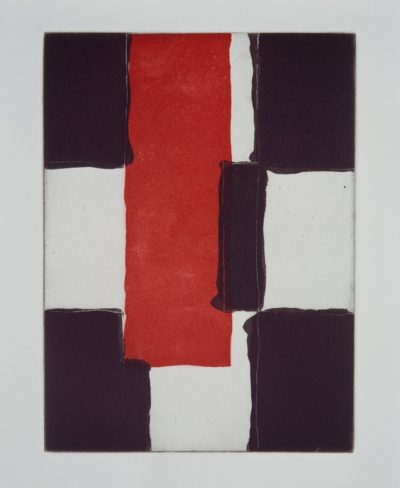 On The Beach At Fontana from ‘Pomes Penyeach’ Sean Scully 1993 She Weeps Over Rahoon from ‘Pomes Penyeach’ Sean Scully 1993 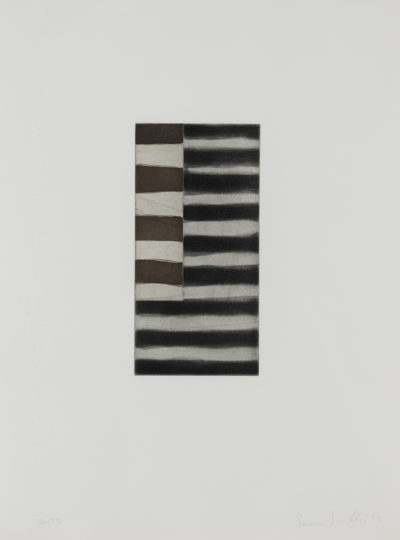 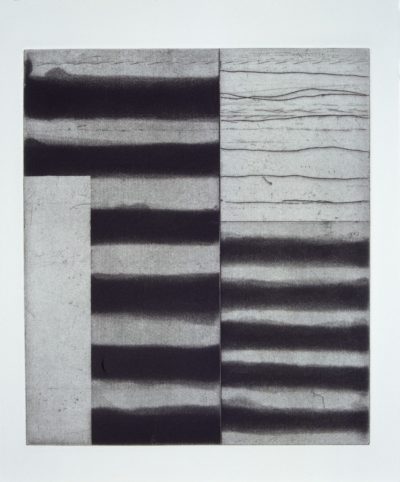 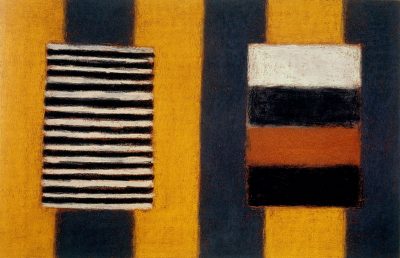 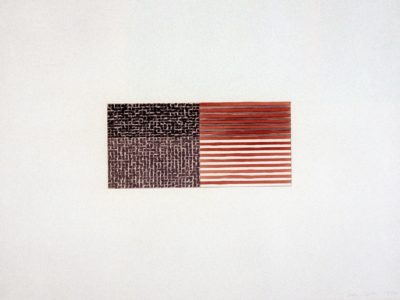 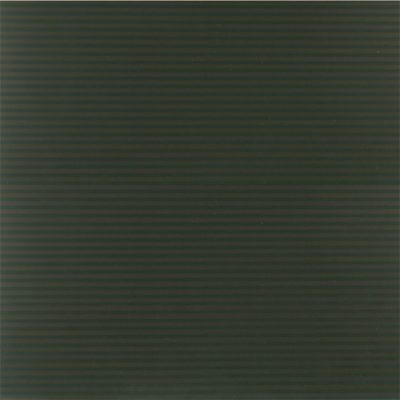