Abstract is a 1929 work by Evie Hone. It is part of the IMMA Permanent Collection.

Dublin born artist Evie Hone studied under Walter Sickert at the Westminster School of Art in London, where she met fellow artist Mainie Jellett. From 1921, she and Jellett studied cubism under Andrè Lhote and Albert Gleizes in Paris before returning to Ireland in 1923. Hone began to work in stained glass during the 1930s; she joined ‘An Túr Gloine’, the stained glass co-operative established by Sarah Purser. Hone received major stained glass commissions in Ireland and abroad, including ‘My Four Green Fields’, made for the Irish government’s pavilion at the 1939 New York World Trade Fair, now situated in Government Buildings in Dublin. Her work featured in IMMA’s 2013 ‘Analysing Cubism’ exhibition. View Artist 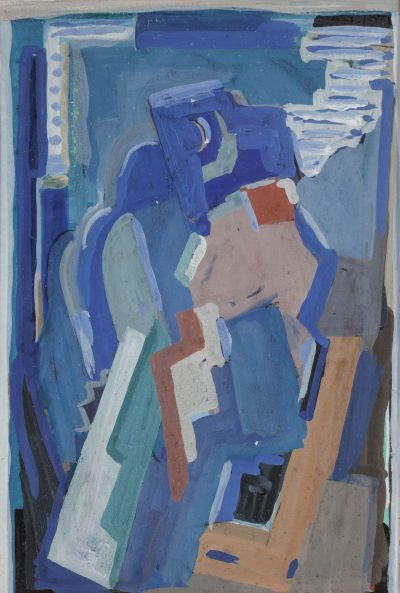