Skip to navigation Skip to content
X
James McKenna, b.1933

‘A Funny Thing Happened on the way to The G.P.O.’ is made from a mixture of regular wood pieces fixed together to represent two figures in a tableaux that may suggest a chance encounter on the street (“on the way to the G.P.O.”) or a captured moment in an unknown narrative between two people. The G.P.O. may suggest a more historically loaded event than simply a geographic location. Reminiscent of early Cubism, facial features and limbs are simplified and movement is suggested in the dynamic between parallel lines of wood, emphasised by painted sections. 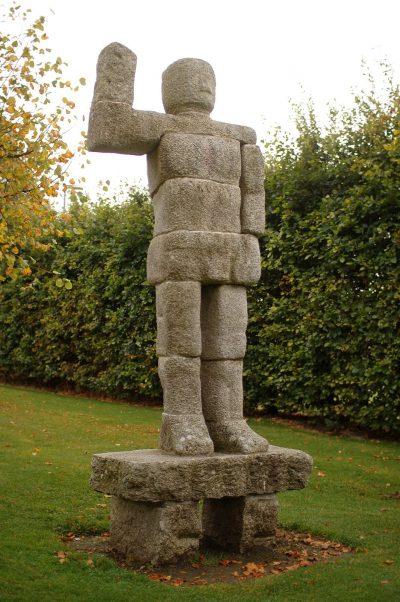 Ferdia for nÁth / Ferdia at the Ford James McKenna 1989 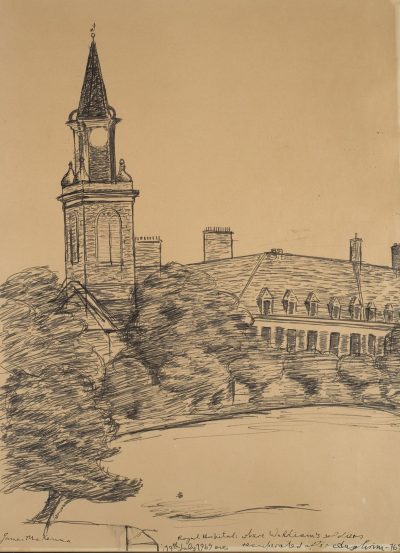 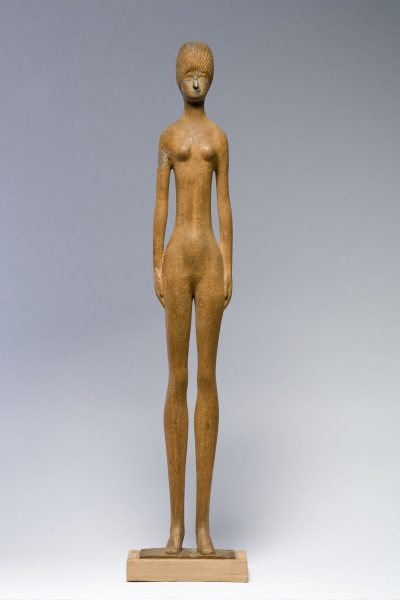